Ten years ago records were shattered and history was made when Whistler opened its doors to 3,500 athletes and officials, and etched memories filled with pride into the minds of locals and visitors alike – this was the 2010 Olympic and Paralympic Games.

Whistler has a strong connection to the Games. We’re lovers of outdoor adventure, the thrill of a challenge and the celebration of something hard-earned. Although this anniversary marks year ten and should be revered, it’s worth bearing in mind that we like to keep the Games vibe alive all year round.

This anniversary is a handy reminder of what you can take advantage of right here in Whistler thanks to the Olympic legacies, whether you’re a visitor, long-time local, medal-toting Olympian or athlete-in-training.

“Having the Winter Olympics in your own backyard is something special. Not many Olympians get to say that they competed at the Olympics on home soil and not many will get the chance. The experience was unforgettable: the country banding together to cheer us all on and a community full of pride made the 2010 Winter Olympics so very special. You can’t wipe the smile off my face when I think back to those Games. I can’t believe it was 10 years ago!” — Mercedes Nicoll, four-time Olympian.

Thanks for Letting Us Have a Go

Everyone can slide like an Olympian – that’s what the team at the Whistler Sliding Centre says. Since the Games, the Sliding Centre has launched a public skeleton and passenger bobsleigh experience where you can have a go on the same track (albeit farther down) that the Olympians tackled back in 2010 (it’s the fastest in the world).

Over the 2010 Olympic dates, the Sliding Centre is hosting the BCLA BC World Cup #3 Luge and BCLA BC World Cup #3 Bobsleigh and Skeleton events, which are open to spectators (and free). Check their “This Week on Track” page for current schedules. On February 15 – 17 (10 AM – 2 PM), children and youth (ages seven and above) will be able to try “Snow Luge” for free, presented by the Whistler Sliding Centre’s luge coaching team.

Whistler Olympic Park is located south of Whistler Village and was the venue for biathlon, cross-country skiing, Olympic Nordic combined and ski jumping. Now, visitors can take advantage of over 120 kilometres of cross-country ski and snowshoe trails in the Callaghan Valley.

For that distinctly Olympic experience, have a go at biathlon. On February 2 they’re hosting recreational biathlon races and on Saturday, February 15 from 10 AM to 2 PM you can try it for only $10 with proceeds going towards biathlon athlete development. There will also be an interactive demonstration that challenges visitors to try specialized biathlon rifles used by visually impaired Para athletes.

Also, on February 15 any volunteer from the 2010 Games gets free entry into the park (you need to bring some form of volunteering proof).

In the summer months, you can hike to the top of the ski jump for great views over the valley, it’s also utilized by races like Tough Mudder and Red Bull 400, where they race up the ski jump (yep, literally run up all 400 metres of it).

Thanks for Our Epic Concert Space

Whistler Olympic Plaza was where the Whistler Medal Ceremonies were held and it’s now a hub for concerts and picnics in the summer, tobogganing and ice skating in the winter.

The Vancouver Symphony Orchestra has graced the stage, as has Usher!

The Plaza is home to Whistler’s Olympic Rings, Paralympic Agitos, Olympic Cauldron, athlete tributes and memorial to Georgian luge athlete Nodar Kumaritashvili. It’s also where we watched the Winter Olympic and Paralympic Games unfold in Sochi (2014), Pyeongchang (2018) and where we’ll gather to connect with Beijing in 2022.

During the anniversary celebrations, the Family Après events, which happen on Mondays and Wednesdays from 3 – 6 PM at Whistler Olympic Plaza, will have a Games twist with sport demos, athlete visits and special Games surprises.

Thanks for the Memories

Lots of Whistler locals signed up to volunteer and proudly donned their blue “smurf” jackets as they welcomed the world to their home. There’s a reunion party planned for Wednesday, February 19 during Family Après (3 – 6 PM) at Olympic Plaza to bring volunteers, torchbearers, staff and athletes back together to reminisce and celebrate. Another place to take a walk down memory lane is at the Whistler Public Library where they will be screening footage of Team Canada and setting up a Games Memories Photo Display.

If you ask anyone who was in Whistler over the Games, they’ll have their own special story and you can read some of these at the “Building the Spirit: Whistler’s Volunteers of the 2010 Games” exhibit at the Whistler Museum or you can record your own memories at the Whistler Public Library.

“Running the torch through Whistler Village was a magical moment that marks my lifeline. There is a pause when two torches meet – a fraction of silence before the ‘boom’ and the fire – and then you run! I ran, skipped, twirled and leapt. I was pregnant, “full”-filled, and yet light on my feet, carried by the crowds and buoyant with the honour of representing that moment. Throwing high fives and high kicks, while stressing the security detail, I ran through an unruly path fuelled by the human spirit of ten thousand new neighbours, and joy. That night began the reality of what was to come, and it was the mystical Olympic spirit that journalists have woven into our living rooms through television and typewriters since we were kids. It started with one light. It was the awakening of the Games in the place we call home. – Heather Paul, Olympic Torch Bearer.

You can hold an Olympic Torch and find out more about the bid (we tried more than once to host the Olympics) at the Whistler Museum, and if you want to see an Olympic medal, head to Whistler Municipal Hall where they will be on display.

Thanks for Making a Statement

The 2010 Winter Olympic and Paralympic Games were the first Games to host Pride programming.

Thanks for Keeping the Dream Alive

At the 2010 Winter Olympic and Paralympic Games, Canada came away with 26 Olympic medals (14 gold, seven silver and five bronze) and 19 Paralympic medals (ten gold, five silver and four bronze). With facilities like the Athletes Centre, as well as the Sliding Centre and Olympic Park, Whistler is a training and accommodation hub for athletes from around the world. Take a look at some of the athletes coming up the ranks, hoping to get a shot at the Games in Next Gen Athletes Find Their Calling at the Whistler Sliding Centre.

So, it’s time to grab your red mittens, dust off those blue volunteer jackets, and get those cow bells ringing as Whistler brings the magic of the Olympics back to life with a series of anniversary community-focused events.

Thanks 2010 Winter Olympic and Paralympic Games – you were rad and left a legacy behind that we’re pretty stoked about. 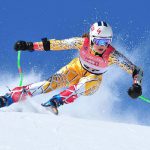