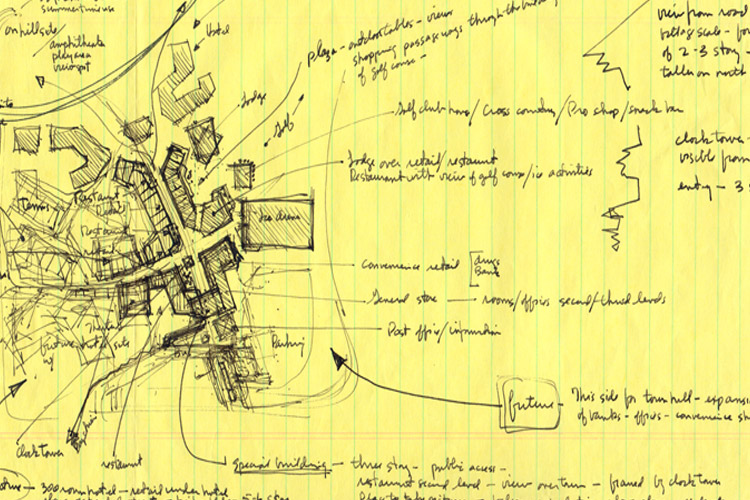 Editor’s Note: This post was first published in 2018, but we’ve reposted it with our new How To Navigate Whistler Village video and updated a few links. With the summer flowers blooming, we think this is a good time to revisit just how beautiful and unique Whistler Village is.

It’s not called the Village Stroll by accident. The main viaduct of Whistler’s pedestrian village is a meandering, cobblestoned route that connects both ski hills to four public squares and over 100 shops and eateries, before easing onto the great lawn of Whistler Olympic Plaza and the Marketplace.

Of course, when it was conceived in the late 1970s, the Village Stroll existed on a much smaller scale, but the idea was there… straight from the mind of an American landscape artist named Eldon Beck.

Back in the 1970s the land that is now Whistler Village was little more than a patch of forested valley floor, a few squatters’ dwellings, and a (much smaller than the legends proclaim) garbage dump. Eldon Beck was flown up from California for three days in 1978 to help Whistler decide how to build what would eventually become the centre of town, and now the centre of the skiing universe.

Whistler’s original plans for the Village were laid out in the standard North American grid design, but Beck walked the land, took in the views and came back with a plan he felt better captured “the spirit of place.”

“Always the question is,” Beck told Whistler’s Pique Newsmagazine in 2005, “Is it possible to take a beautiful natural site and rearrange it with a lot of structures but still keep the sense that it’s the place that it should be?”

Beck presented a plan that emphasized the natural sightlines and path of sunlight across the space. His vision was to create a “Village in the Forest” built to showcase the surrounding mountains, nature and sense of discovery. There are no right angles in Beck’s original design. Whistler Village is meant to encourage meandering, exploration and surprise. Some liken the design to a twisting, flowing stream with various eddies and pools you can escape into for a moment or an hour. The Village has always been about celebrating the mountains, a place for locals and guests to come together.

“There was a lot of excitement in the community,” recalls former Whistler Mayor Nancy Wilhelm-Morden, a valley local since 1973. “The parcels of land were kept relatively small so there was an opportunity for local developers to purchase them. And Beck was adamant about nestling the larger buildings into the base of the mountain and stepping the size down the further away you got. He wanted to limit the shadows cast on the village.”

Beck’s original design is essentially everything south of Village Gate Boulevard, and while many of the buildings have been revitalized (some more than once), Mayor Nancy says that the feeling of that original Village, and Beck’s “spirit of place” is still very much there. “It still feels like the old days,” she explains. “That part of the Village still has its old vitality and enthusiasm.”

As Whistler grew in popularity, the Village had to expand (they even tore down the elementary school to do it) but some of the expansions lacked that Eldon Beck magic touch.

“The municipality and the land development corporation had run into significant financial difficulties in the early 1980s,” remembers Wilhelm-Morden, who has served in municipal government off and on since 1984. “Development had stopped and at one point the province of BC had to come in and rescue the Village. They took over the conference centre, the golf course and all the parcels of land in what is now Village North.”

What was supposed to be a ten-year development plan was fast-tracked in order for the province to get its money back. Combined with an uptick in the economy and Whistler’s ballooning popularity, construction was rapid, some of the buildings cast shadows, and those fabulous mountain views may take a bit more work to find.

However, Village North is home to the stunning Olympic Plaza, the babbling Fitzsimmons Creek, some of our iconic public art pieces, and the Cultural Connector that dissects the stroll and links it with all of Whistler’s major arts and culture buildings. The shadows in some areas might have made Beck’s forehead furrow, but in others, he’d surely see Whistler’s “spirit of place” shine through.

And former Whistler Mayor, Nancy Wilhelm-Morden, says that she’s more than happy with how the Village is today. “A long time back there was a very serious discussion about putting the ice rink and recreation centre in the Village, where the Olympic Plaza is now,” she says. “If that had happened there would be a very different feel to the Village, I think. For years I thought that was a lost opportunity but I have changed my view since the development of the Olympic Plaza. I think that is a phenomenal asset, just fabulous for the community.”

And if you don’t agree, just take a stroll, eh.

Discover more of Whistler’s past in our four-part blog series:

The People’s History of Whistler 1: The Beginning

The Peoples’ History of Whistler 3: Legends are Born, Snowboarding Booms

The Peoples’ History of Whistler 4: Fun and Games

Stay longer and save this summer with 4-night stays from $189 per night plus a free $100 Adventure Voucher. If you are a BC or Washington resident, be sure to check out Whistler Rewards for the best seasonal deals and perks. You can also win a trip to Whistler by entering the Summer Recharge Contest, which includes return flights, accommodation and a whole host of incredible Whistler activities. 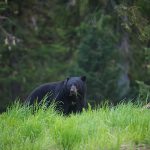 An Ode to Spring in Whistler