The People’s History of Whistler Part 4: Fun and Games

This is the fourth installment of a series digging into Whistler’s past. Get up to date with Part 1: The Beginning and Part 2: Dual Mountain and Part 3: Snowboarding

It was sunny and warm in Whistler on July 2, 2003 but that morning everyone was thinking about winter. The International Olympic Committee (IOC) had just confirmed that Vancouver/Whistler had won the bid for the 2010 Winter Games, and suddenly the original dream that started skiing in Whistler was going to come to fruition.

But there was a lot of work to be done before the world’s best Olympians and Paralympians got here for the big show. Over the next seven years the community, province and country poured resources into the Sea to Sky corridor. A sliding centre was built on the flanks of Blackcomb Mountain to host the bobsleigh, luge and skeleton events while an enormous Nordic ski facility popped up in the Callaghan Valley. They plunked an open-air medals ceremony plaza adjacent to the Marketplace and threw up an Olympic Village of apartments and condos on the old garbage dump (building on garbage dumps is a Whistler tradition. The Village sits on one too). It was an exciting time, cultural and arts funding surged,  and they even spent a zillion dollars upgrading the Sea to Sky Highway linking Whistler to Vancouver (you still need snow tires if you are coming in the winter though.)

In any case, Whistler was on overdrive and our local athletes were training like never before. And when the dust settled, even the least enthusiastic locals had to agree: it was a lot of fun. Local athletes Ashleigh McIvor and Maelle Ricker took home Olympic gold in Women’s Ski Cross and Snowboard Cross on Mt Seymor in Vancouver. Overall, Canadian Athletes ‘Owned the Podium’ in 2010, capturing more Gold medals than any other nation (Including the much-coveted Ice Hockey gold).

The Games also brought one of the saddest moments in Whistler history when Georgian Luge racer Nodar Kumaritashvili died tragically in an accident at the Whistler Sliding Centre. A memorial dedicated to Nodar can be found in Whistler Olympic Plaza, near the Olympic Rings in Whistler Village. His spirit and passion still serve as a reminder of just how much Olympic and Paralympic athletes put on the line for their nations.

After the 2010 Winter Games, the party didn’t stop. Whistler looked good on TV during the Winter Games and the next few years so increased attention, more visitors, more action in the summer and more mountain bikers than ever before. Like snowboarding in the 90s-2000s, mountain biking has stepped things up in the last decade to become a true driving force.

The Whistler Mountain Bike Park opened in 1999 (a couple years BEFORE dual-suspension bikes hit the scene) but the local biking scene had been steadily growing since the formation of the Whistler Off-Road Cycling Association (WORCA) in 1989. Over the next 25 years WORCA would help develop the hundred of kilometres of singletrack trails that make up the Whistler trail network and provided the foundation for Whistler’s biking success.

And the success has been unparalleled. Mountain biking has exploded, particularly since 2010, and the midsummer Crankworx Whistler festival now surpasses April’s legendary World Ski & Snowboard festival for overall visits and stoke-ability. In 2016 the Whistler Mountain Bike Park even expanded to Whistler Creekside, the location of the very first ski lifts way back in 1965. New sport, same stoke, full circle.

Whistler has always attracted artists and artists make art (for a brief history of Whistler art check this feature out in Pique Newsmagazine) but the 2010 Winter Games fuelled an arts and culture revolution that is still growing today. The turning point may have been the opening of the Squamish Lil’Wat Cultural Centre, a museum of local First Nations art, culture and history that opened their doors in 2009 and quickly became a must-see for locals and guests alike.

The arts swell continued and in 2015 Whistler welcomed the Audain Art Museum, which sees world class works, including a large collection of Emily Carr paintings, hanging permanently with seasonal shows and exhibits rotating in and out of town. In 2017 that world class establishment, working with Arts Whistler, hosted the Chili Thom Experience, a community wide celebration of a local favourite who passed away after battling cancer. With a local painter featured in all of Whistler’s big cultural venues, it felt like the start of a new era. And it was, the future of arts and culture in Whistler is a multi-venue corridor known as the Cultural Connector, a stretch of museums, arts buildings, public artworks and even a park.

On the silver screen, the Whistler Film Festival celebrates its 16th year in 2017. With a focus on Canadian content, female talent and quality cinema to suit the intimate vibe of Whistler, the WFF has become a highlight of the Whistler arts calendar and recognized destination on the international Film Festival circuit. Additional events like Deep Summer, Deep Winter and the 72 Hour Filmmaker Showdown strengthen the bonds between sport and film year after year.

Change has been the only constant in Whistler’s modern history so don’t expect things to settle down anytime soon. After multiple record-breaking winter and summer seasons, Whistler is entering its first winter with new Whistler Blackcomb owners Vail Resorts. There is change in the air, and snowflakes, and with the 2017/18 ski season now underway, Whistler history will continue to make and remake itself with every new dump of snow. Game on… 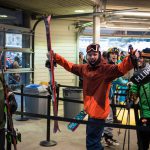 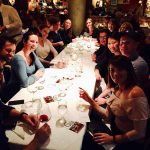