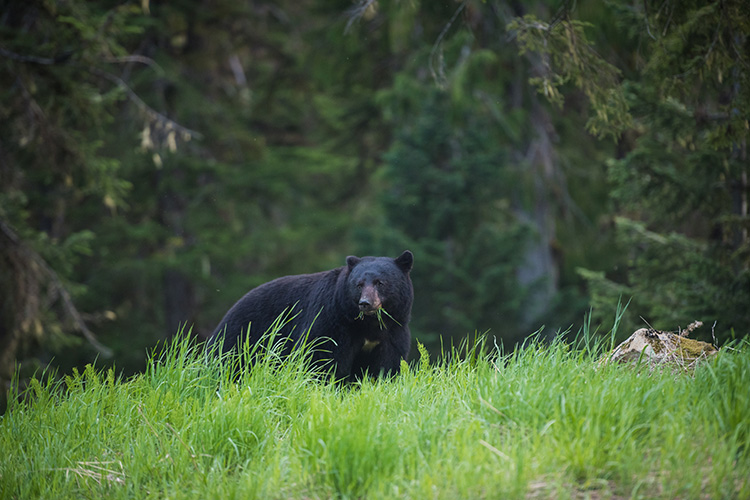 Editor’s note: We’ve had increased bear activity this year due to a colder start to the spring and summer. This repost from 2020 is a great reminder to be aware of the furry residents of Whistler.

These mountains are their home and we are in their territory, especially when we’re exploring the backcountry and high alpine areas. We need to know how we can avoid interactions and possible conflicts, as well as what to do if we find ourselves faced with one.

Whistler is one of just eight communities in BC that are recognized as a Bear Smart Community, but it’s up to all of us to keep it that way. We touched base with the team at AWARE Whistler, a charity organization that works to protect the natural environment in Whistler and the Sea to Sky, who gave us some great information to keep us, and the bears, safe.

Seeing a bear in its natural habitat is incredible and the best way to do so safely is by heading out on a bear viewing tour. Experienced guides know the best spots and a whole load of bear-based knowledge that will just blow you away, like how many berries bears eat in a day (20,000 calories worth), how fast they can run (50 kilometres per hour) and what Whistler’s bear population looks like.

Bear Safety for Hikers and Bikers

INSIDER TIP: Bear bells are no longer suggested for alerting a bear to your presence. The reason is that the noise doesn’t really travel far enough to be effective and over time the sound has become associated with humans and food, so when a bear hears one it might consider it the dinner bell!

What to Do If You See a Bear

The below tips have been taken from the Coast to Cascades Grizzly Bear Initiative website and given a Whistler-specific tweak when relevant.

What is a Bear Attractant?

We like food, bears like food, we can smell things, bears can smell way more things (their sense of smell is approximately 2,000 times greater than ours).

When you’re hiking, biking and camping in the backcountry make sure you don’t leave a scrap of food anywhere on the trail. That includes the apple core you might think is okay to return to Mother Nature. Leaving these kinds of food on the trail means bears associate humans with food, not to mention they get a taste for things that they wouldn’t usually have access to.

If you’re camping in a location that has no animal-proof disposal facilities (like a bear bin) then you need to hang your food and garbage out of reach and away from your tent in a bear bag. Make sure to store all the items that have had food on them like the stove, utensils etc.

How to Use Bear Spray

Bear spray has been proven to be more effective than a firearm at stopping a charging bear, but it’s no use if it’s at the bottom of your backpack, so make sure it’s somewhere easy to reach. The cans deploy a 25-foot-long cloud of strong pepper spray, which temporarily irritates the bear’s eyes and lungs (you can use it on other animals too, like cougars).

It will also irritate yours, so do not apply bear spray as you do bug spray, don’t leave it in a hot car (it can explode), make sure you read the instructions and take off any zip ties before you head out.

Ideally, everyone in your group should be carrying their own bear spray, but if not, make sure you think about the placement of the person who is carrying it and ensure they know how to use it. The cans do have expiration dates, so check yours before you head out.

There are two types of bear species in Whistler, black bears, which are the more predominant kind, and grizzly bears, who are a rarer sighting. Colour and size are not the best indicators to tell them apart. Here’s how you tell the difference: 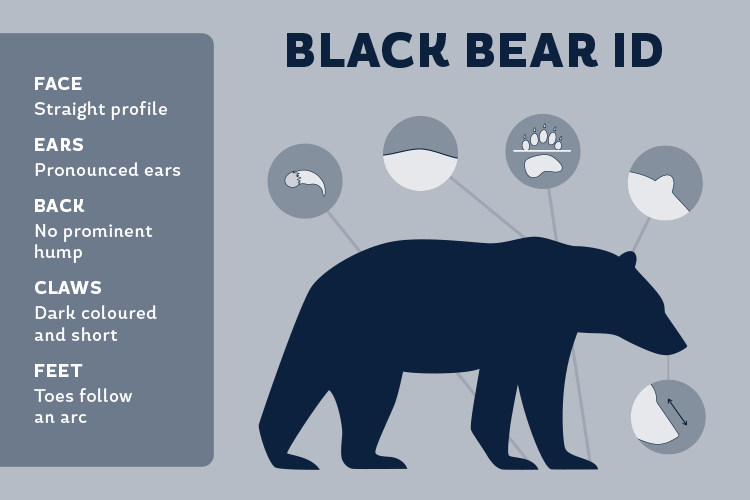 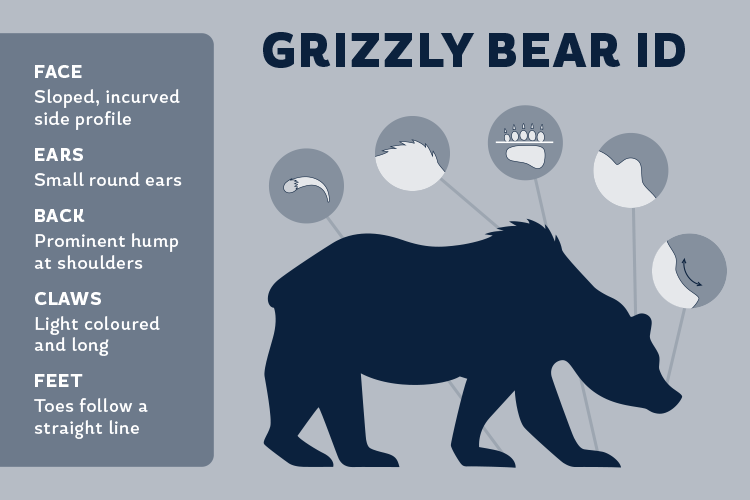 Grizzly bears are more averse to human disturbance, but collar data does show that they move through some of our alpine trail areas, especially on the west side of Whistler Valley, where the Sproatt Rainbow Alpine Network is located. The Resort Municipality of Whistler does issue closures if wildlife conflicts become a concern, so please check before you go if there are any trail advisories.

What If a Bear Is Blocking the Trail?

You’re on the trail, chatting away, turn a corner and there’s a bear right there. What do you do?

“If it’s a black bear, you can try to move it by standing tall and using a loud voice to tell the bear what you want it to do – ‘Hey Bear! Get out of here!’ Make sure your bear spray is handy and ready to go though,” explains Natasha Way, project coordinator at AWARE Whistler. “If that doesn’t work, as sometimes bears are very content eating berries especially in late summer and fall, then go around it, giving it as wide a berth as possible – you may need to go off-trail for a little bit.”

“If it’s a grizzly bear, walk slowly, backwards the way you came. DO NOT try to move the bear,” says Way. “You might need to turn around or wait it out until it is safe to continue on the trail – make sure your bear spray is ready and warn any other hikers on the trail. In all cases, stay together with your group as you will seem larger and more intimidating that way.”

INSIDER TIP: Another incredible resource for information on bears is The Get Bear Smart Society, a charity organization whose goal is to minimize the number of bears killed as a result of human-caused problems.

If you’re heading into Whistler’s backcountry and high alpine areas you likely have a love for Mother Nature. These areas are particularly sensitive because the conditions are harsh and disturbances can have a ripple effect. Invasive species are a huge threat to alpine ecosystems, so make sure you brush off your boots and tires before switching between alpine and valley walking / riding in order to clear seeds and avoid giving them a free ride.

The below video goes over some of the key tips on how you can help to preserve these incredible natural resources.

Hiking and biking in Whistler’s backcountry and high alpine areas is a privilege. Mother Nature is incredible, but she is fickle, so make sure you’re prepared with the right gear, tell people where you’re heading, when you’re coming back and that you adventure smart.

See you on the trails!

Book your winter holiday with Whistler.com by November 15 to secure the best rates for the winter 2022/23 season (save up to 40% on lodging and 60% on lift tickets). It's easy to book your vacation when you have the freedom of our Flexible Cancellation options backed by our Book With Confidence program. 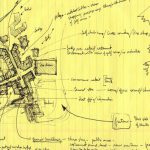 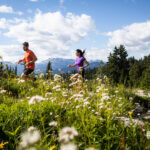 Whistler Hygge: Embrace the Warmth of Winter in Whistler