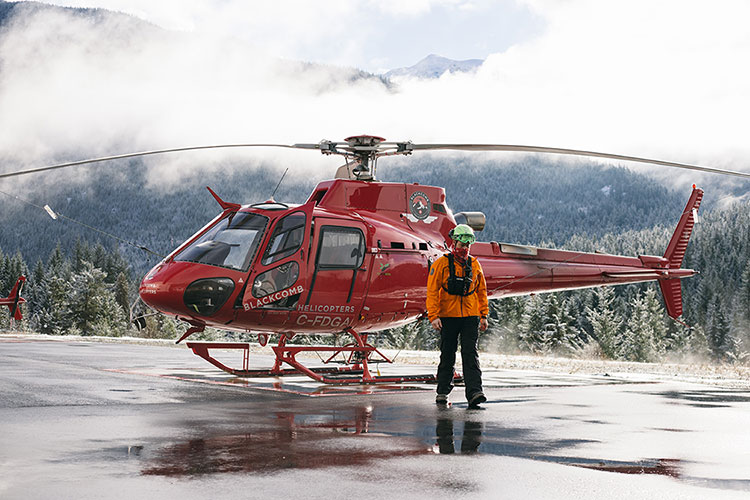 Why Whistler? A question that Whistler locals get asked all the time. And, although there are a variety of responses to this question, you can be sure they’ll answer with passion, pride and a fun story.

What is it about these mountains that draw people from all over the world and then won’t let some of them go? What makes some people toss their secure, nine-to-five job out the window in exchange for pushing a chairlift button? What makes them raise a family here? Open a business? What gets under their skin and embeds itself so deep that Whistler becomes part of their soul?

We ask a variety of Whistler locals Why Whistler? in Video 1, we chat with Mike Conway, a physiotherapist and the co-owner of Back In Action Physiotherapy. He’s the lead physiotherapist for the Canadian Ski Cross Team, a Whistler Search and Rescue Volunteer and a father of two.

What Brought You to Whistler?

My wife brought me to Whistler. Funny enough, I thought my dream was to live in Australia, so I did my physiotherapy degree out there. I lived the beach life for six years and then I met Ainslie. She’d always dreamed of coming to Whistler, so after a year of dating, we came here. It was supposed to be for six months, but we’re now on 13 years. I’m very grateful I met her, and that she brought me here.

My parents chuckled at me when I told them I was going to be living permanently in Whistler, as they knew, long before I did, that it was where I was meant to be. My mom said that when I was a kid, I would say I wanted to be taken deep into the forest and dropped off to see if I could make my own way out. And now, being a Search and Rescue volunteer that kinda happens. I’ve been flown into some really remote areas, although, up to this point, I haven’t had to make my own way out.

What Made You Fall in Love With Whistler and Decide to Stay?

I was never really a snow guy. I lived on Vancouver Island, so I’d go to Mount Washington once a year. The old adage that people come to Whistler for the winter and stay for the summer, that’s definitely what happened to me.

Although I love the snow sports, I’d say I love the summer more. The options for activities are just bigger, the lakes, hikes, motorcycle trials riding and mountain biking.

One of the things I’ve really taken advantage of this year is that I got an e-bike and I’ve been riding the Valley Trail. This was great foresight when they started developing Whistler, to put something like this in early on. There’s nothing I like better than to ride to work, whether it’s rain, shine, or snow. It makes Whistler so accessible, and I feel safe with the kids on the Valley Trail rather than on the roads when we want to bike somewhere. I think it’s one of Whistler’s greatest assets.

The community, without question. There’s an endless supply of people here who want to get out into nature, get up to something interesting and have an adventure.

How Has Whistler Influenced or Changed Your Life?

It’s given me some really unique opportunities.

A big one is the variety of sports and activities. I probably wouldn’t have got into snowmobiling or motocycle trials riding, I wasn’t a mountain biker before I came to Whistler. I didn’t ski, I snowboarded once a year, but now I do both. I didn’t cross-country ski, now I do that a lot. The opportunities to do fun activities in Whistler seem exponential.

I worked a lot of years to try and become a good physio and got lots of credentials, but at the end of the day, my best opportunities have come with working with the Canadian Ski Cross Team. I live in a winter resort and a lot of the athletes are here. I’ve been doing it for eleven years now and travelled all over the world with them.

With Whistler Search and Rescue, the training and adventures that go with that, I don’t know if I would have got that anywhere else.

Is This the Dream Life You Thought You’d Create?

I didn’t really know what my dream life was. I knew that nature was something I’d really like to be in, I didn’t like the city-style of things where everything is really close. I got into some things in Whistler that I didn’t even know I was interested in or that would become a life goal to pursue. My dream life keeps evolving here.

What a place to raise kids. It feels very safe because the community is so close, almost everybody knows each other, you’ve almost got the community helping to raise your kids. Each kid kinda pushes the other kids, and they all do the same things.

I remind my kids all the time that they’re lucky to be growing up here. They’re into everything. They both play hockey, they ski and they bike. We go up at the weekends and ski together and we bike together in the summertime. They have so many skill sets at such a young age – I didn’t bike at the level my son’s at now until my twenties.

I had to travel a lot further as a kid to get to amenities like tennis and basketball courts, but here, everything is five minutes away. That, I am so grateful for. We live behind the pool and skate rink – they’re there all the time. We’re so lucky – and we let them know.

How Did You Get Into Search and Rescue?

I’m in the physio profession because I like helping people, and this was another opportunity to offer some skills I thought I had. But it’s funny, I’ve been in Search and Rescue for eight years now, and I realize now, how little I knew back then. It’s a great organization and team of people, the training is incredible and although there are some sad situations, the adventures are pretty interesting too.

What Are the Challenges Living in Whistler?

Khyber has ski lessons this year and it is really expensive, and this is for a seven-year-old. We just had to buy him a bike and it was almost two thousand dollars. It’s an expensive place to live and it’s an expensive place to give your kids what they need to continue to progress in their sports because they’re reaching levels at a young age where their equipment is limiting them. I watched it happen last year, and as much as I don’t want to spend money on new skis and bikes, you feel a pressure to do that. However, there’s so much sharing and exchanging that goes on with clothing and gear – I can’t remember the last time we bought something completely new.

Accommodation is another one. When I first moved here, in December 2007, I thought it would be easy to find somewhere to live, but it wasn’t. I already had a job, but that wasn’t the hard part. I had to put an ad in the Pique explaining that I was a physiotherapist and had a job lined up here, and that’s how I got a place, that’s what it took. I don’t think the situation is much better now.

How Do You Think COVID Has Changed Whistler?

The silver lining of COVID for me, if there is one, would be that it took me out of the fast lane a little bit. It made me reflect on what’s important.

This year, I’ve spent more time with my family than I have before. I’ve put my head down for the last seven years to build the business and travelling with the Canadian Ski Cross Team, this will be the first time in 11 years that I’m not travelling with them, so I’ve been around a lot more – I had a great summer.

A local called Callum Pettit (a Whistler ski legend) posted on Facebook about how he’d converted an old Whistler gondola into a sauna, calling it a saundola, and said that if anybody wanted to do one he’d help. I had an old sauna in my bathroom that no one used and I thought – all I need is the gondola. 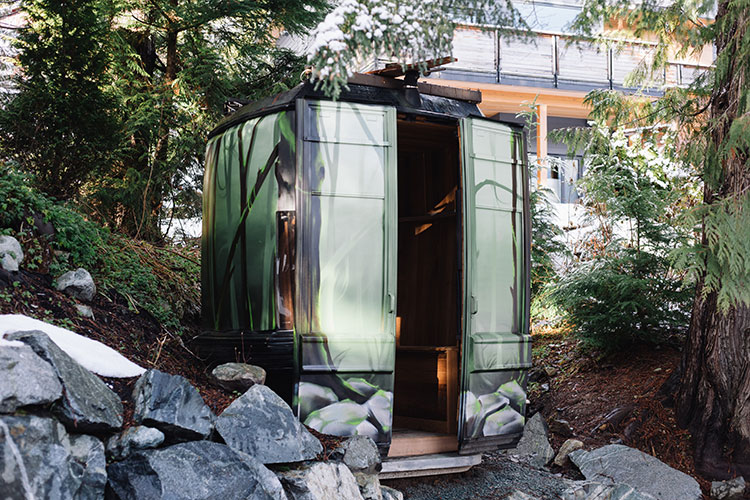 I put a post up asking if anyone had one they didn’t want and sure enough someone reached out. I got a crane and transported the gondola into my backyard. We reused the wood from the old sauna and an electrician helped me with the wiring. It hits 65 degrees! I asked Kris Kupskay, a local artist, to spray paint the outside, and it looks amazing. I then put an old, claw-foot bathtub in the little river running beside it, and in the evenings it’s my favourite place to go and relax.

What Gives Whistler Its Heart and Soul?

The entrepreneurial nature of the people in Whistler. I have so many friends who inspire me by the way they’ve managed to carve out a living in Whistler, balancing careers with lifestyle. It’s not easy. The heart and soul of Whistler is that drive to find a way to stay somewhere you love, it makes people grateful and appreciative. 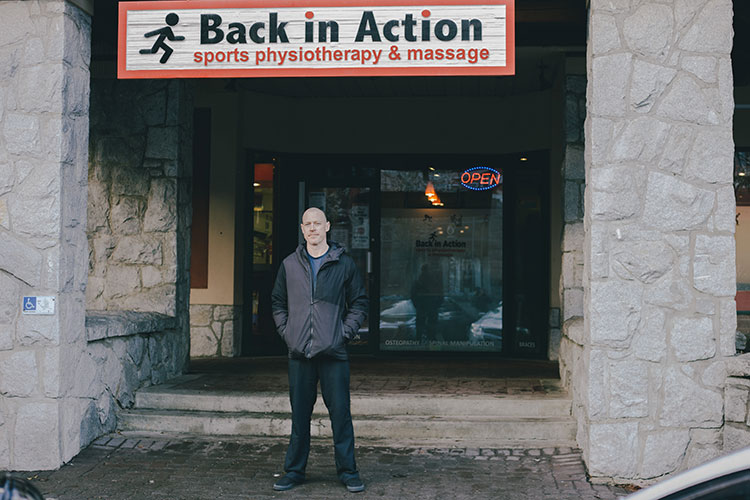 Mike is the co-owner of Back In Action, alongside Bianca Matheson and Therese Leigh. PHOTO OLA KROL

Locals, like Mike, are the beating heart of Whistler, which is made up of small business owners, passionate entrepreneurs and tireless workers who all love to revel in the mountains. This is #WhistlerNice.

Follow us on social media to get the next installment of Why Whistler? when we chat with entrepreneurs Ed and Natasha, from BReD – Made by Ed.

Ross Reid is our talented videographer on this project, to see more of his work visit his website. 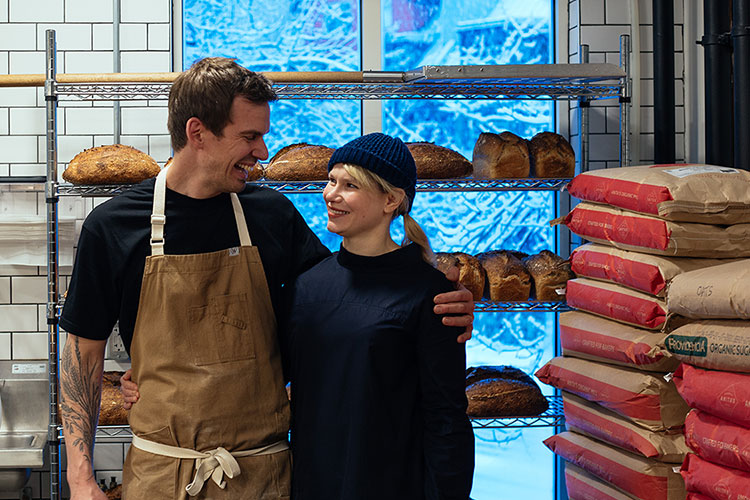 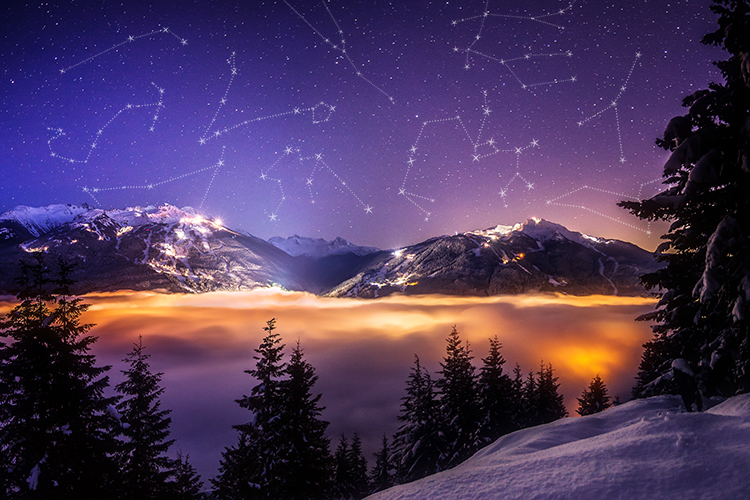 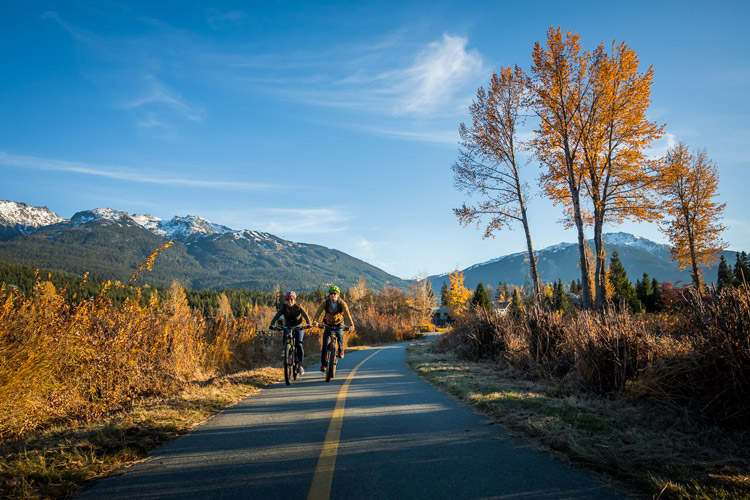 Whistler Via E-Bike: 3 Routes to Explore 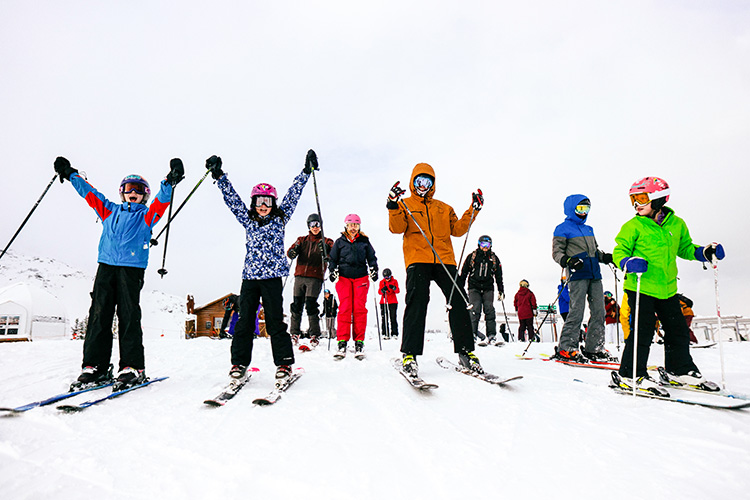