“It takes a Village” is the theme of the 17th annual Whistler Film Festival, set for November 29-December 3, 2017. It’s fitting because over the past decade and a half the WFF has earned a name for finding, mentoring and encouraging young, local, female and Canadian talent.

This year there are 87 films on the program (46 features, 41 shorts) from 15 countries. 72% are Canadian, 18 are World Premieres, 16 are from first-time filmmakers, and 37% are directed or co-directed by women or non-binary individuals. “Because we are a small festival, we can afford to be feisty,” says Paul Gratton, WFF Director of Programing for the past 5 years.

Which means there is all kinds of awesome to choose from and it will be impossible to fit every must-see film into the 5-day time window. To help remedy with that The Insider has once again hooked up with Paul to get the inside scoop on some his favourite films of Whistler Film Festival 2017.

“We have the Canadian Premiere of this American indy film starring Rebbecca Hall and Dan Stevens as a long-term couple living in New York who know they will get married but something is gnawing at them—they think maybe their sex life has become routine. So being the liberal New York types, they allow themselves to have a strictly physical affair before they get married. And you can guess how it goes.  But I think this is a really well acted, well made movie that’s great for a date. It will lead to some interesting discussions on monogamy and a lot of other issues that people in relationships will recognize.”

“There’s no discussion about this one. It’s got to be Another WolfCop. This is the sequel to the original WolfCop, which was a very original creation from produce J. Joly, who used an online contest to get people to vote for the script and trailer they wanted to see as a full movie. And WolfCop, out of Saskatchewan, won and was a success here in Canada and around the world. So they are back with a sequel, and I would say this time they know what they’re doing! The tone and the level of gore and production value and comedy is much higher this time around. It’s a really funny Canadian satire about a bad guy who buys a small town’s only hockey team AND brewery. And while everyone is happy to get free beer, only the WolfCop knows the bad guy is trying to brainwash the town. It made me laugh, definitely not for young kids though.”

“This one is an easy choice too. The backstory is that director Bryan Michael Stoller was born in Peterborough Ontario and always wanted to be a filmmaker. At age 11 he had his own national show on the CBC about making movies. He went on to study film and then moved to Los Angeles. Most of his life he’s been making low budget Canadian Content films, in the LA area but what he discovered a few years ago is that his mongrel dog is really adorable on camera and the films that he puts his dog in do better than his others. This is his third dog movie I think, the dog is getting old, and this one stars Ed Asner as Santa Claus, who steals a dog by mistake—the dog crawls into his bag unnoticed and off he goes. The family figures it out and decides to go to the North Pole to get their dog. It’s a cute family film with some smart satirical things. It’s also seasonal which is nice and Bryan will be in town to do some panels on filmmaking and share how he gets his movies put together. He’s a DIY legend so hopefully he can inspire some young and emerging filmmakers to get out and do it.”

“The funniest film of the fest is The Disaster Artist, which is a movie about the making of The Room, one of the worst films ever. This one stars James Franco, who also directs, and is so funny with another strong DIY theme. Franco plays Tommy Wiseau, the ultimate outsider, everyone in Hollywood crapped on him so he decides to make a movie with his own money and a buddy and he is completely inept. He buys all the equipment and shoots in 35mm and video just for the reason that no one has done that before. He had some professionals working on The Room with him and he’d need 45 takes to get a scene because he’s a terrible actor. They also build a recreation of an alley in a studio but the alley is literally right outside the door. Anyone who appreciates bad movies or film making will love this. It’s really an amazing movie and it would have been easy to laugh at this guy but I think Franco takes him seriously and gives a performance that creates empathy. Franco might get an Oscar nomination.”

“We are also screening the source material, Tommy Wiseau’s The Room, which is a cult classic that I don’t think has ever played in Whistler before. It’s amazing to see because you can’t believe anything can be that inept.”

“I think this one will play well with the crazy Whistler Halloween/HorrorFest crowd. It reminds me of the Halloween scene here. It’s a documentary about the gaming world, specifically a lifestyle game called World of Darkness that used to be a console game, then moved online. It’s a sort of goth lifestyle gaming thing where people dress up as vampires and creatures of the night and go to conventions and such. It’s been going on for 20-30 years and the film traces that cult history but also shows how the guys who invented kind of sold out, lost the appeal and had to go rediscover that feel. You can’t create these kinds of communities out of thin air and this film has a good social and business angle to it. I think people here in Whistler will dig it.”

“The obvious movie to hype here is our Opening Gala film, The Darkest Hour, which stars Gary Oldman as Winston Churchill behind the scenes during the battle of Dunkirk. I think this will be a contender for Best Picture at the Academy Awards so we’re are excited to have it.

But what I really want to promote is A Worthy Companion, a Canadian film starring Evan Rachel Wood and Julia Sarah Stone. This is the most risk-taking first film I have ever seen in Canadian history. It’s about an abused woman in her 20s who is into anonymous, violent sex with strangers. And she hooks up with a teenage runaway and incarcerates her in an apartment. This is a movie that looks at the legacy of sexual abuse in a unique way and both actresses really throw themselves into the movie. There are so many unexpected elements and I can’t believe where they go with this movie. It’s made by two brothers from Montreal, Carlos and Jason Sanchez. They scratch areas that films don’t normally deal with and it’s courageous to see where the Sanchez brothers and Evan Rachel Wood go with this movie. It’s jaw dropping, the chances they take.”

Check out the entire lineup of WFF Films and all Whistler has to offer between screenings at Whistler.com. 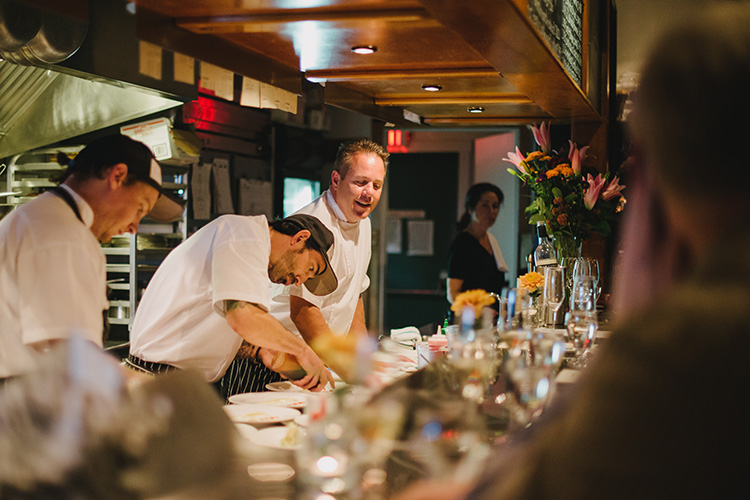