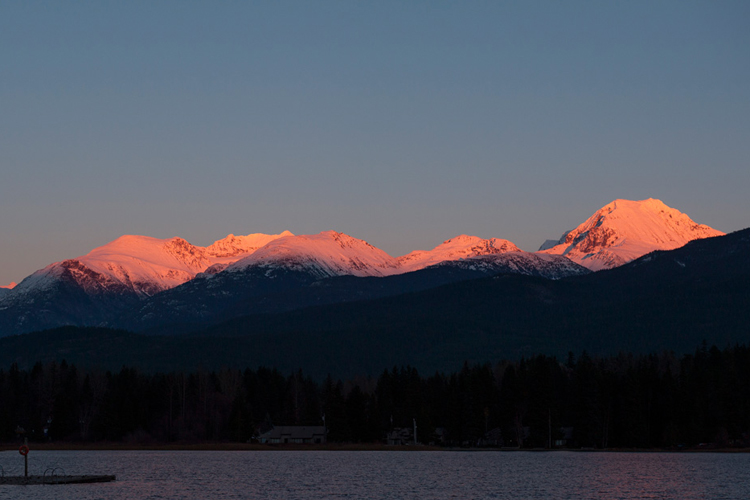 When the winter skies are clear and the sun is sinking beyond the horizon Whistler’s snowy peaks can come alive with alpenglow, a rich-hued magic trick of nature that truly needs to be seen to be believed. But that doesn’t stop Whistler photographers from trying to capture it on film.

In the first video below, legendary Whistler photographer Paul Morrison talks about his 40+ years of experiencing and capturing alpenglow in the Whistler mountains and gives a bit of insight into how the magic happens.

While he admits he’s “not a scientist” Paul has been shooting photos in Whistler long enough to be able to recognize changes in the local Alpenglow. During this interview he also talked about conversations he had with Galen Rowell, a pioneer of landscape photography from the US, about how the alpenglow seemed to diminish substantially in the years following teh 1980 eruption of Mount St. Helens in Washington State.

“Galen was a legendary landscape and outdoor photographer,” Paul says. “He popularized the fast-and-light use of 35mm cameras for travel in the mountains. He was a runner and a climber and was out in the mountains a lot and he had noticed the diminished alpenglow as well. He had a theory that it was due to an acid released into the atmosphere from Mount St. Helens and a few eruptions that had occurred in the Southern Hemisphere around the same time. The idea was that this acid would filter the waves of light somehow and really affect the alpenglow. Again, I’m not a scientist but we both definitely noticed something was affecting it.”

The good news is you don’t need to be a scientist to appreciate Whistler’s alpenglow but don’t blink or you’ll miss it, as Whistler local Jorge Alvarez explains in this second video. Jorge has been shooting photos in Whistler for over three decades as well and he offers a more poetic look at the magical and ephemeral qualities of one of Whistler’s most colourful natural occurrences.

December and January, the months with the shortest days, generally offer some of the best alpenglow but the truth is happens all winter long at sunrise and sunset. Of course, Mother Nature also operates on her own schedule so pay attention to the weather forecast and if the skies are clear chances are you will be able to catch some alpenglow magic of your own.

As always, get vacation info and holiday packages at Whistler.com and come see some alpenglow for yourself. 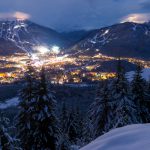 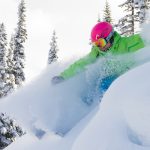 The Early Bird Gets the Pow: Whistler Truisms Revealed