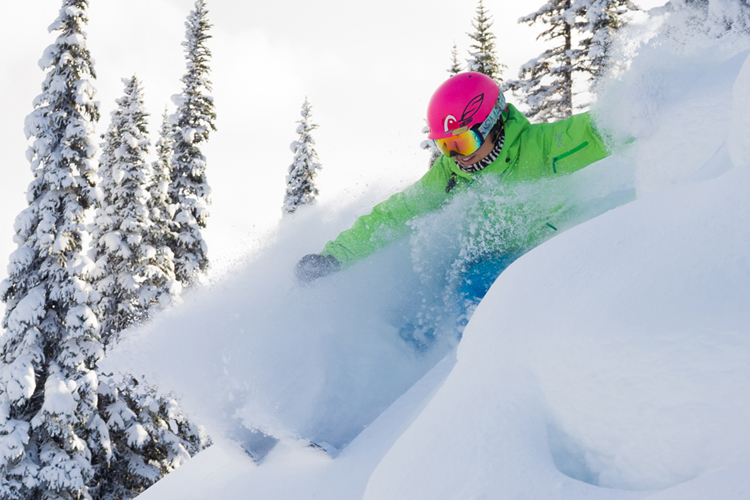 The Early Bird Gets the Pow: Whistler Truisms Revealed

Cervantes once said: “Proverbs are short sayings drawn from long experience”. And while some people call them clichés, these wordy little truisms that seem to have been around since forever actually have a lot of merit and can be used in many aspects of life, including how to get the most out of your time in Whistler.

For example, “The early bird gets the worm” is not just grandmotherly advice designed to get your lazy butt out of bed, it’s also a playbook on how to beat the crowds on a big Whistler pow day. Check it:

Start with a Fresh Tracks Breakfast. This means being at the bottom of the Whistler Village Gondola by 7 AM at the latest. The first 650 people to show up get to upload at 7:00 AM, enjoy a breakfast in the Roundhouse and then right when the rest of the world starts loading the gondola down below you are unleashed on a fresh mountain to enjoy a few laps of pow and solitude.

Since you ate breakfast early and started ripping early, why not do lunch early too? A meal at 10:30-11 AM will be much mellower and leisurely than when everyone else comes in from noon – 1 PM. Which means you can be knocking off more great runs while half the mountain is inside eating. (Bonus Tip: don’t be afraid to try the lesser known mountain restaurants like Whistler Mountain’s Chick Pea or Raven’s Nest – which now features an all-vegatarian menu- or The Crystal Hut on Blackcomb).

After being early to everything all day, and actually getting more runs in than a regularly timed day, why not do après a bit earlier too? A wise mountain sage once said, “Those who hit après at 2 o’clock will surely get the seat by the fireplace.”

Chuck a hot tub into the mix as you watch the end-of-day alpenglow, followed by an early dinner, and you’ve just nailed the ultimate early-bird day. Now get some sleep and do it again. You know what they say, “Early to bed and early to rise, makes you healthy, wealthy and wise.”

It’s funny how those old sayings that could have originated anywhere on the planet still carry so much truth in our contemporary lives, especially here in the mountains. Check out The Insider’s take on some other classic truisms and sayings, with an added Whistler twist.

“Look before you leap” is one of the ingrained absolute rules of getting gnarly. Be it cliff drop, terrain park hit or backcountry booter, only a fool rides into something without knowing how much air there will be and what the landing looks like. See also: “It’s what you DON’T see that matters.”

“Actions speak louder than words” Yes, claiming how awesome you are will not get you very far in Whistler, actually being awesome (and having the video footage to prove it) is an entirely different story. Of course, not telling or videoing/instagramming/cyberbragging about your awesomeness works best of all because everyone one knows “bad boys move in silence” (and badass girls too I imagine.) See also: “Talk is cheap.”
On the other hand: more than a few people have found success with the classic “Fake it ‘til you make it” approach too.

“Variety is the spice of life” So it’s nice to have two giant ski hills to choose from and a PEAK 2 PEAK Gondola joining them with one amazing 11-minute ride.

“Patience is a virtue” And waiting for Peak Chair to open on a big pow day is always worth it.

“It ain’t over ‘til it’s over” Whistler boasts the longest ski season in North America, and it all climaxes with Gaper Day!

“Here today, gone tomorrow” Pow days, fresh tracks and even life itself are ephemeral moments that need to be appreciated and enjoyed in the moment. The good news is, every snowfall offers a fresh canvas to play on.

“Fortune favors the brave” Whistler Blackcomb has 8100 acres of skiable terrain with 3 glaciers and 16 alpine bowls so there is always a chance to test your ability on something outside the regular comfort zone.

“If at first you don’t succeed,…try, try again” See also “Practice makes perfect”. It’s all true. You wanna rip? Take a lesson and ride as much as possible. If you don’t fall, you’re not learning.

“If it’s too loud, you’re too old” And the Whistler nightlife scene will prove it, but fear not, if those block rocking beats are not your style Whistler Village has lots of mellow bars, pubs and lounges that feature everything from live music to stand-up comedy to trivia nights.

“All that glitters is not always gold” If that perfect field of untouched pow just outside the boundary ropes looks too good to be true, it probably is. Heed the boundary signs and ride safe, always.

“Better late than never” Even if you don’t make it to the gondola until noon, it will still be a better day than if you’d stayed at home. (Having said that, if it’s snowing “You snooze, you lose”). 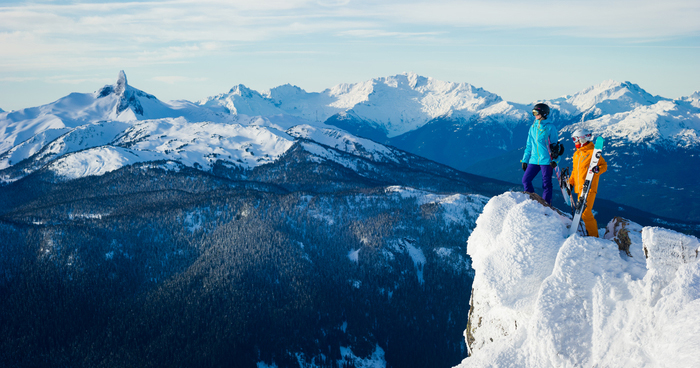 A picture’s worth a thousand words.

“Don’t eat yellow snow” This one goes without saying.

“Don’t quit your day job” Wrong, wrong, wrong. Quit it and move to a ski town, I promise your soul will be happier.

“Don’t knock it ‘til you’ve tried it” This one’s for all the “die hard” skiers who still claim “snowboarders slide all the snow off the mountain!” This is 2015 buddy, mellow out. There’s no such thing as harmless ignorance. (Hey, did I just make up a truism?)

And the best of all, “Why walk when you can ride?”

This list could probably keep going forever, but it might be better to just come to Whistler yourself and find some valuable life truisms of your own. Get your holiday plans rolling over at Whistler.com 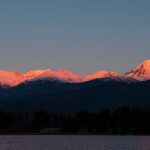 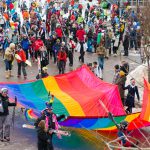