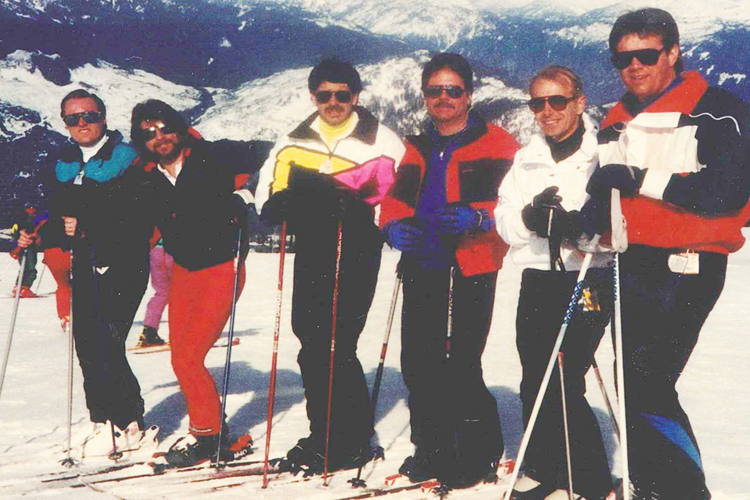 “We should do this every year!” is a phrase most of us have heard on some holiday or another, but how often does that actually work out? Well, after their 25th annual trip to Whistler, Richard Bell and his ski team have undeniably mastered the group ski vacation.

25 years is a substantial amount of time when you consider that the inaugural trip took place before the internet was invented. Nonetheless, what started on the sideline of a Seattle soccer pitch in 1988 is still going strong today, so we thought we’d catch up with these Whistler veterans to see what they love about our fair town.

“Most of our kids were on the same soccer team,” explains Jay Curcio, lover of moose hats and all things Whistler. “Richard just had the passion for skiing and he invited some people up here to try it.”

The first few trips had everything you’d expect from skiing in the late 80s/early 90s. Retro onesies, 208cm skis and more than a little Black Velvet (the Alannah Myles song, not the fabric). The fellas were in the process of adopting the Longhorn as their après spot of choice when they heard someone belting out the classic 80s track. They enjoyed the rendition so much they kept the name for their ski team.

From 5 to 11 guys, the group size has varied, but the core participants remained with the trip only being superseded by the occasional important family event. “In order of priority, it’s marriage, kids, and then the Whistler trip.” Gary Swanson explained.

The introduction of the Black Velvet shotski to the Longhorn Patio (left) and the first appearance of the moose hat in 1993 (right).

Traditions Every Group Should Consider

Firstly, the Black Velvet trip is just for the boys and lands on the second weekend of March every year. The fellas will usually ski the afternoon they arrive before heading to The Keg, where they’ve been so many times they’re now welcomed back like family.

Each trip comes with a board meeting, where the team gets together to toast each other’s good health, chat through what’s happened in the last year, hand out awards and then toast again.

“Since we started everybody has gone through something major,” Allan Washburn clarified. “So the board meetings are more about bonding then anything.”

The team also comes armed with something not uncommon in Whistler – a shotski. When someone brings their own shotski to the bar you know they’re seasoned in the ways of après and this contagious enthusiasm often draws in curious bystanders from all over the patio.

In the Wake of an Accident

In April 2008, trip founder Richard was in a near-fatal car accident in Bellingham, WA. After being in a coma for about a week he underwent brain surgery and started on a path of intensive rehab which would last an entire year.

Having to relearn how to walk and talk is unimaginable for most of us but, unbeknownst to his doctors, Richard soon had his eyes on the slopes again.

“Doctors said ‘Ski? Are you nuts? You’re lucky to be walking!’” Richard told us. But he was determined: “When you have a passion, nothing can stop you.”

It appears nothing heals quite like the fear of missing out and by 2009 Richard was back with his team enjoying the off-mountain activities and then skiing the year after.

Tradition and proximity to their home town of Monroe (near Seattle) definitely plays its part, but the village and the size and variety of the ski area make Whistler a no brainer for Black Velvet.

“We’ve skied other places, but this offers the most.” Allan clarified. “Incredibly after all these years we’re still finding new spots to ski.”

Whistler’s constantly changing scene also helps, with additions like the PEAK 2 PEAK Gondola and the ever-improving village facilities, which all come wrapped a healthy dose of Canadian hospitality.

Richard: “I love Canadians. They welcome us, treat us warmly and respectfully…except when the hockey is on.”

What’s the Secret to Establishing a Group Ski Trip?

In truth, there’s no secret. Black Velvet just held on to the winning formula of making the trip as much about their friendship as it is about the skiing.

“We hear of other groups that have been going for 5-8 years, but this is crazy,” says Jay. “It’s just so unique that we keep doing it.”

Their next goal is to hit the 30 year mark, but we’re assured they’ll keep returning to Whistler for as long as they’re able. So, if you find yourself on the Longhorn patio around the second weekend of March, keep an eye out for the lads with their shotski and, if you’re feeling brave, sing a little Alanna Myles their way.

UPDATE: The Black Velvey boys keep coming back and Gary “Swanski” Swanson has written updates about the 2015 and 2016 trips.

The 2015 Edition of the Black Velvet Ski Team. Click the picture for the 2015 update. 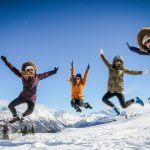 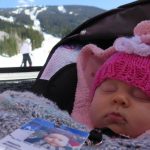 Child Minding in Whistler? Don’t Mind if I Do.