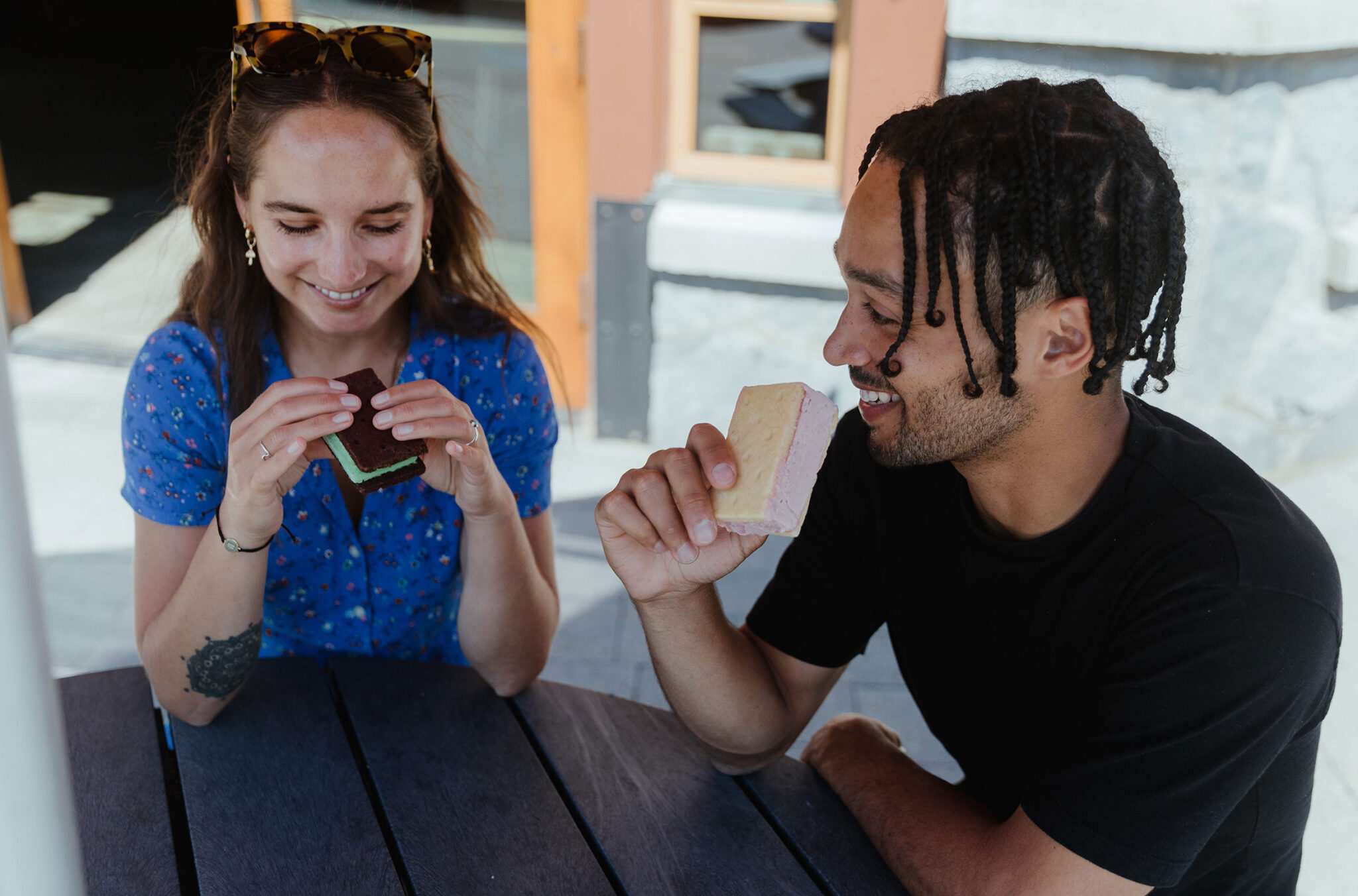 A Guide to Whistler Ice Cream

Editors Note: This post was originally written in 2010, over a decade ago! We’ve updated it with more current information on where to get your scoops, but like the subject of this post, the rest is sweet!

Ice cream is powerful stuff. It brings people together, it cools overheated bodies and anyone with a cranky three-year-old can attest to the powerful mood-altering effects of even a single scoop. Basically, ice cream is one of the best parts of summer and Whistler has no shortage of the cold stuff to satisfy almost any craving.

Traditional ice cream is made with cream while gelato is made with milk, which makes it a bit healthier I guess, but worrying about calories in an ice cream shop is kind of missing the point. Sorbet is dairy-free, generally made with sweetened water or puréed fruit, and frozen yogurt is just that, frozen yogurt. With so many options available there’s only one thing to do this summer – try ’em all.

Whistler’s oldest ice cream spot is also the closest one to the bike park. The Rocky Mountain Chocolate Factory offers more than 30 flavours of ice cream, sorbet and frozen yogurt (27 displayed at a time). It’s all made just down the road in Vancouver and the waffle cones are dipped in chocolate and / or candy sprinkles on-site.

Staff Favourite — Scott, the owner of the Whistler store, is excited to announce the release of their new ice cream bars, which are sure to be a summer hit. The bars are made of premium, quality ice cream in five different flavours, dipped in gourmet chocolate and then sprinkled with various toppings like crumbled cookie dough, mini M&M’s and Skor toffee bits.

Much more than just an ice cream shop Cows originated on the other side of the country on Prince Edward Island. Using an old family recipe and a penchant for puns, Cows has now successfully branched out across the country. They have 39 varieties out at all times and this really is the place to try new things like Birthday Cake flavour or Moo-Henry.

Cows use a premium butterfat cream for their ice cream and mix it slowly, making for richer, thicker, more flavourful scoops. Waffle cones are made in-house and chocolate-dipped if you like it that way. On hot summer days, Cows will serve up over 2000 scoops of cool creamy goodness.

“I try to make everything from something that is real,” says Kathryn, founder of Lucia Gelato. “For the espresso flavour I am at home brewing espresso from locally roasted beans. For peanut butter gelato we roast peanuts and make our own peanut butter to put in there. I don’t use syrups or extracts.”

And you can taste the difference. While it’s available in many of Whistler’s restaurants and all the grocery stores the best place to try Lucia from the source. Their stands can be found at several of Whistler’s beaches, lakes and parks during the summer as part of the Park Eats! program. They’re also at the Whistler Farmers’ Market, which happens Sunday afternoons throughout the summer at the base of Blackcomb, at the Roundhouse at the top of Whistler Mountain and at the base of Blackcomb Mountain, next to Merlin’s (opening dates TBD).

This Italian-inspired gelato (gluten-free options available), ice cream and coffee shop is a new addition to the scoop scene located in Creekside, less than five kilometers south of Whistler Village. Confetti serves the locally-made Lucia Gelato by the scoop, but they also do ice cream floats, Italian sodas and sparkling, iced hibiscus tea.

Fix Cafe has a great sunny patio on which you can enjoy a house made ice cream sandwich and vegan ice cream bars. Or, you could opt to eat these as you stroll along the Valley Trail to Nita Lake behind the hotel or Alpha Lake, just a touch further up the trail.

Connoisseurs of frozen delights can find some really high-end treats in some of Whistler’s fine-dining establishments. Araxi house churns its ice cream and sorbets with seasonal fruits, while the crew at The Bearfoot Bistro will whip up fresh ice cream right at your table (using liquid nitrogen!!) and The Four Seasons offers their hotel guests complimentary ice cream served from a cute, vintage camper that lives on their patio.

INSIDER TIP: If you’re not an ice cream fan, but you’re looking for something else to take the edge off a sugar craving take a look at the Sweet Treats tour on the free Go Whister Tour app.

For all the varieties of ice cream available, Whistler (thankfully) offers even more ways to burn off all those creamy, sweet calories. So get outside, have fun in the sun, and treat someone you love to a scoop or two.

Stay longer and save this summer with 4-night stays from $189 per night plus a free $100 Adventure Voucher. If you are a BC or Washington resident, be sure to check out Whistler Rewards for the best seasonal deals and perks. You can also win a trip to Whistler by entering the Summer Recharge Contest, which includes return flights, accommodation and a whole host of incredible Whistler activities. 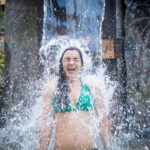 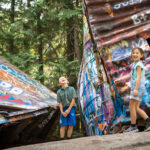