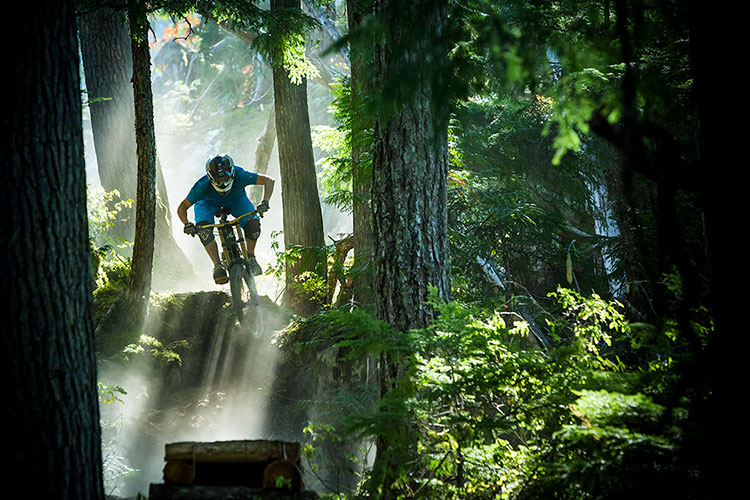 Whistler Bike Park, Not Only for the Gen Zs

Editor Note: The images in this post are not of Samantha; she was too busy working on those berms to take photos!

Standing on the precipice of Whistler Mountain Bike Park in the beautiful province of British Columbia, I honestly thought I had lost my marbles. Who did I think I was? An aging female Evel Knievel? A twenty-something with bones like rubber? A cat with nine lives? With my heart fluttering faster than a hummingbird’s wings, I threw all caution to the wind.

I have always enjoyed biking; growing up sports were my outlet, my love. I was the tomboy with a skateboard under her arm surrounded by male friends many years my junior. After high school, I entered the University of British Columbia where I explored the numerous mountain biking trails the endowment lands had to offer. Yes, I was athletic and yes, I enjoyed some extreme kind of sports but I was not ready for the sheer speeds I would reach with little to no effort, careening downhill on a mountain bike.

Travelling faster than I had ever before and handling small jumps, rocks, roots and berms (the steep wall around mountain bike turns), this experience was not for the faint of heart. To say I was nervous was an understatement. Costumed with pads on knees and elbows, a full-face bike helmet and gloves with padded knuckles, I was looking more like a sci-fi movie character than a 51-year-old mom when I met Joe, a twenty-something Brit and my guide for the afternoon.

As soon as we exited the gondola, halfway up the mountain, and before hitting the trails, Joe tested my turning skills by setting pylons on a small incline. He demonstrated angulation – leaning your bike into a corner and counterbalancing with your body. Next, the brakes. I was coached not to suddenly pull on the front wheel brakes out of panic as it can send you flying over the handlebars and into the emergency room. Enough said. After a few more turns and tips, Joe, satisfied with my progress, and I, ready to wet my feet and most likely my pants in the process, headed down to the mouth of the first beginner trail appropriately called EZ Does It.

To say pushing myself off down this first trail was a no-brainer would be a lie. This was new and uncharted territory and I was terrified. I took a deep breath, swallowed hard and took a leap of faith – in myself. The bike felt solid under my body giving me a sense of security. I pushed my weight down onto the bike and loved the bounciness of the dual suspension and large tires, like a pogo stick with wheels. I felt like a kid again. Though a kid I was not. I was surely one of the more senior people on the mountain. The majority were teens and twenty-somethings, thrill-seeking young men and women.

The trail began simply enough, wide, packed dirt; however, the pitch of the hill was deceiving because of the number of turns and I was surprised how quickly I was moving without even pedalling. As I rounded my first two turns and plunged deeper into the forest, my senses came alive.

The spicy smell of the pine trees combined with the wet dirt and my own sweat invigorated me like a shot of caffeine making me believe I was invincible. What sounded like a massive swarm of bees hissing around me were other riders, partially hidden within the brush. Many of the trails ran parallel so I could catch glimpses of other riders whizzing by, all of us free spirits experiencing an altered reality.

I eyed Joe’s black and white helmet just ahead of me and pushed my bike forward, entering a short section of small bumps like a BMX pump track. Down and up, down and up. My bike was flying as I gained momentum. My eyes watered, blurring my vision; I was on the verge of feeling out of control. Up the last and steepest of the bumps, I gently tugged at the brakes but I was travelling much quicker than I realized. Suddenly the bike and I took off.

Blackcomb Mountain’s glorious glacier stared right back at me as my stomach dropped. My heart stopped. I froze. I was in the air – albeit only a few inches but it may as well have been ten feet. Time stood still for what felt like an eternity but was more like two seconds until my tires hit the dirt, safe and steady. My rear end bounced in the seat and I let go of the breath I didn’t know I was holding.

My brakes squeaked as I slid to a stop. “Nice shredding sister,” Joe enthused. I was still hyperventilating. And we were only halfway down! Joe and I completed three full runs down the mountain that afternoon. We explored some more challenging technical terrain involving narrower bits of trail, roots and minor drops as well as an intermediate trail with even more hairpin turns.

Re-entering life at the bottom of the mountain was like waking from an all too real dream. I wanted to go back and do it again and again, though my legs, lower back and wrists were throbbing. I was spent, exhilarated and most definitely hooked.

Experiencing the Whistler Bike Park, I left my reality as I know it. No grocery lists, no laundry, no dog to walk and no work headaches, and I stepped into another dimension. A world of beauty, nature, speed, thrills, and fun. One I will never forget and one I have promised myself to visit again soon. Why don’t you give it a go?

Tempted? Check out the Stay & Bike Park package, which includes 2 nights and 2 adult full-day bike park passes from $109 CAD per person, per night. You might also want to take a read of Know Before You Go: Biking, Hiking and Sightseeing on Whistler Blackcomb, to make sure you have all the information you need before your time in the park.

Samantha is the owner of Modern Child Parenting, a certified Gottman educator and a Dr. Shefali Conscious Parenting Life Coach. When she is not working with clients she enjoys playing ice hockey, snowboarding, BMX and mountain biking. She loves to travel and spend time in nature with her family and red poodle. Find her at modernchildparenting.com 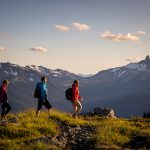 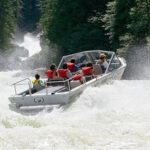