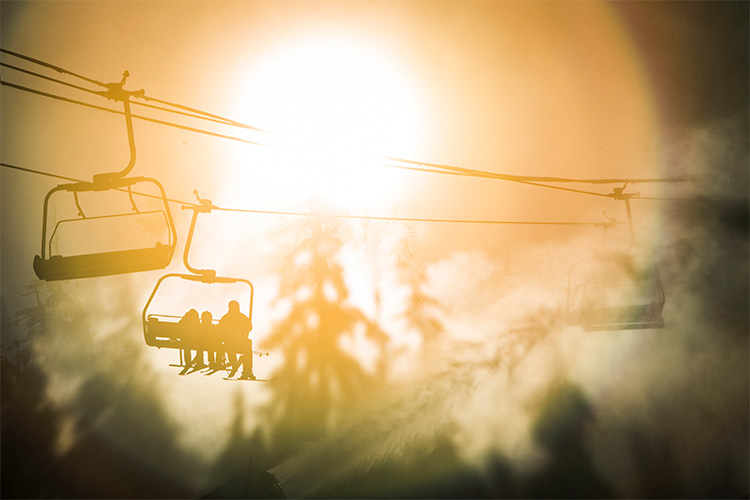 Hearty skiers and riders all have their special way of getting ready for the most exciting day of the year. The superstitious flush ice cubes down the toilet, wear their pajamas inside out, and frighten their friends and family by screaming snow into the freezer as loud as they can (my personal favourite). The jury is still out on if these methods really make a difference, but I guess it can’t hurt – except for the yelling, maybe.

But your first day on the slopes takes much more than just superstitions – it requires a healthy mix of preparation and excitement, which sometimes manifests itself in sleepless nights before the lifts spin. The first day can be a chance to get first chair, learn a new sport, or maybe just reconnect with old friends who you might not see off the snow. Because that’s what skiing and snowboarding is all about in the end, right? The connections we make, the people we meet and the memories we share.

So, we linked up with Whistler locals, from celebrity Freeskier Stan Rey to a new Whistler resident who has never seen the mountain blanketed in white, to hear their Whistler Blackcomb Opening Day traditions and how they’re getting ready for the big day. Because let’s be honest, first-timer or 25 years deep, we can always learn a thing or two from a fellow powder hound.

First up, freeskier Stan Rey. Stan was born and raised in Whistler, and his knowledge of the mountain rivals anyone. While Stan spends his seasons travelling the world in fresh snow, he’s always in Whistler for Opening Day, tuning up his skills and catching the first day of the season at North America’s largest ski resort.

But for an elite freeskier like Stan, the season really starts long before the lifts run — the pre-season is the real Opening Day.

“I get ready for the season mentally by setting my goals and having a clear vision of what I want to accomplish over the winter. From there I have a base to work off of.”

For Stan, an important part of that visualization is meditation.

“I try and meditate every morning to get rid of the clutter that builds up. [If] I can see and feel myself doing something I usually have a higher rate of success then if I just wing it and send it.”

While you might not be hucking double back-flips off 60-foot cliffs, visualization and pre-season prep are absolutely necessary to have an epic opening day, and many more to come after that – remember, it’s Canada – the ski season lasts half of the year, there’s no point in burning yourself out on the first day.

While Stan doesn’t have any tried and true formula for getting out on the mountain on Opening Day, he does have some epic stories of opening days past that can teach us a lesson about playing the long game. Like, for example, when he met up with friend and freeskiing legend, TJ Schiller, in 2013. The snow was deep and Stan felt like he had something to prove, hucking himself off a cliff near Goats Path. It had snowed around 45 centimetres the night before, and Stan did not land his air, finding himself in a sticky situation with his head buried deep in the snowpack. Luckily, his friends were well prepared and they quickly dug Stan out.

This cautionary tale gives us perhaps the best lesson – the way to have an epic Opening Day is to get ready for the season. Stretch those limbs, get your body ready, your mind right, and then get out there and have fun.

For Wendy Brookbank, every Opening Day is just another notch in her belt. After getting her start skiing with the likes of Glen Plake, Greg Stump, and eventually in front of the camera for Warren Miller. Wendy now spends her days on the mountain guiding for Extremely Canadian, a crew of guides who know where the fresh snow is on any given day better than anyone. But Opening Day represents a time to knock off the rust, get back on snow, and get back to the basics – which is what happened in 2017.

“We were a group of four, age range 48-56, that came together organically by the time we got on Red Chair. We nailed four runs in a row that were mind blowing – I still giggle when I think of it. Sometimes being old and wise pays off!”

For even the most hearty locals – there’s no special recipe for the first day on the mountain – just click into your skis, go find a few friends and enjoy yourself.

The Newbie – No Expectations

Not everyone has packed years of experience on to the hill, and for Jamie Browne, he’s not sure what to expect for his first season – but he’s heeding locals’ advice and gathering a small crew of friends to head up.

“This will be my first time riding Whistler, and I’m definitely planning on taking it easy. The last time I rode was on the dry slopes in the UK, so I can’t really even begin to imagine the scale of Whistler.”

The name of the game will be follow the leader for Jamie.

“My flatmates always cook up a huge breakfast, and then we’ll head over to the lifts around 9:30 – a more “casual” start.”

For Browne, taking in his surroundings will be just as entertaining as the actual skiing – something that can often be lost on the long-time locals as they begin to take the stunning landscape for granted as years pass by.

No matter your age, experience, or where you come from, the first time the lifts spin is a special time – old faces re-enter your life, new friendships are forged and new experiences are thrown at you every day, no matter how long you’ve been skiing or riding. Get ready for another epic season at Whistler Blackcomb, and don’t be afraid to try something new next time you’re on the mountain – at the very least, you’ll learn a valuable lesson!

Whistler Blackcomb’s official Opening Day is November 28, 2019. But if the conditions line up just right, there may be an early Opening Day like in years past. Follow us @GoWhistler for announcements and use #onlyinwhistler to share your Opening Day stoke with us!