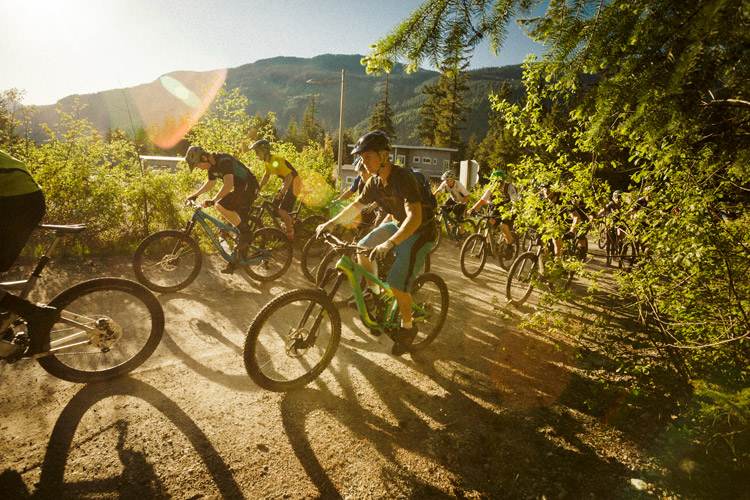 As a hoard of bikers push forward at the bottom of Blackcomb Mountain, I’m elbow to elbow with the most diverse group of riders I’ve ever witnessed. The cascading sea of helmets contains parents with their children, kids from a local high school mountain bike team who wheelie everywhere, and a group of self-described “old guys” that were there only to compete with each other.

This is my inaugural experience of Whistler’s weekly Toonie Ride, put on by the Whistler Off-Road Cycle Association (WORCA) and local businesses, and a staple weekly party for the locals. In the nearly three decades that WORCA has been around, the group has been at the forefront of cycling advocacy in the Whistler area from building and maintaining trails to orchestrating events like the Toonie Ride. At 1,800 members strong, the organization is paramount within the Whistler riding scene. 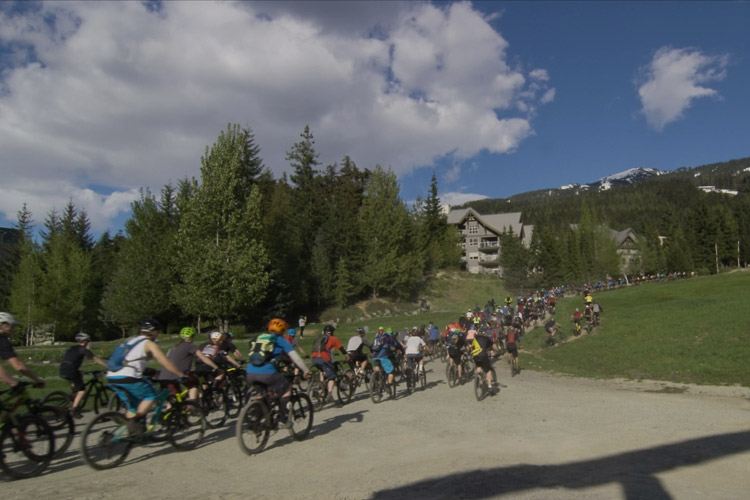 Every week the course varies—something that keeps it fun and interesting for those always in attendance—and this week’s route is a special one. We get to ride up the bobsled track from the 2010 Olympic and Paralympic Winter Games, a monolithic structure that winds up Blackcomb, for 125 vertical meters. I remembered the track being heralded as one of the fastest in the world, so I was excited to get to ride up it on my bicycle and experience it in a unique way. 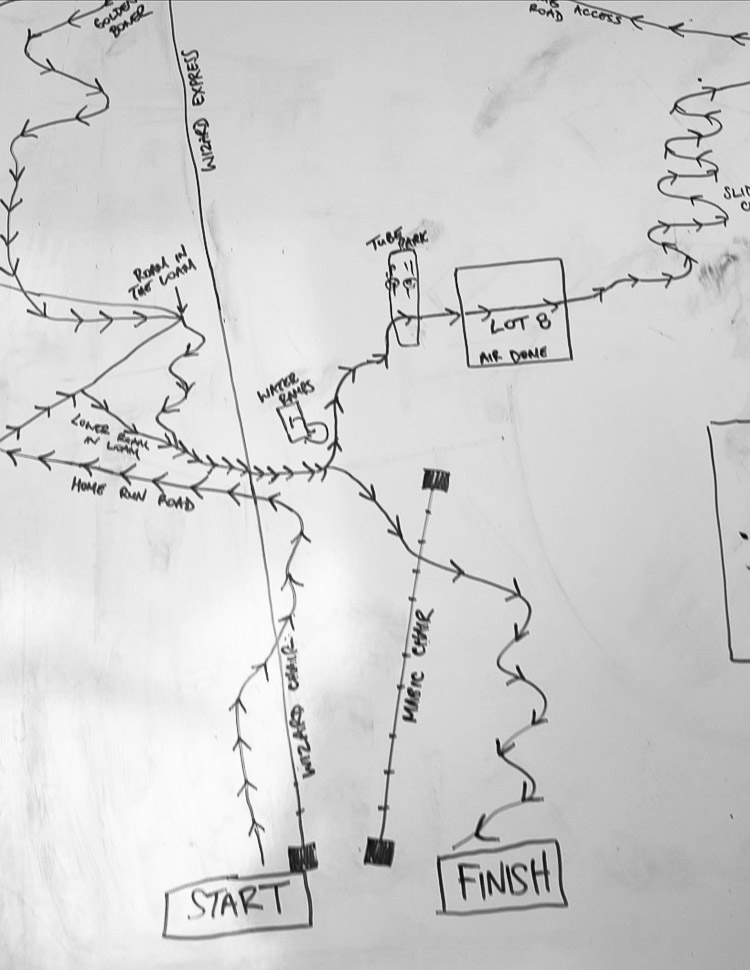 Some of the local pros and more serious riders jockey to the front of the pack (they do time it and give out prizes for top finishers), while I elect to start in the middle of the group. While the Toonie Rides are geared toward the locals, there’s no better way for an outsider to experience the home-grown vibes and communal culture. One side note is that you do have to be a WORCA member to participate, so I had to drop into a $60, one-year membership on top of my $2 entry fee. But considering it all goes to WORCA and trail maintenance, I felt it was the least I could do.

For readers outside North America, a toonie is a Canadian $2 coin. It’s worth two loonies ($1 coins). Loonies are named thusly because they carry a picture of a loon, an iconic Canadian lake-dwelling bird. You can pay for your WORCA race with a toonie or loonies.

There’s something thrilling about riding with so many people all at once. The constant chatter, laughing and occasional ribbing between riders distracts me from the climb and before I know it, the race volunteers are guiding us into a track that feels like a never-ending, constantly peeling wave. 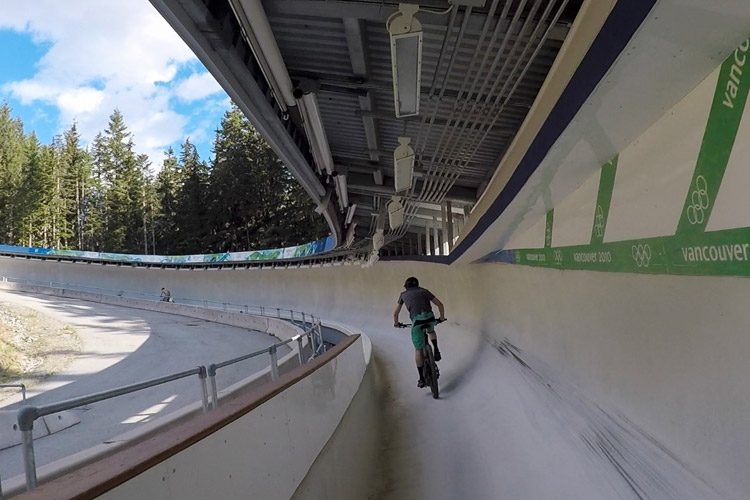 Entering the bobsled track was a surreal experience. As I load my bike onto the track the vestiges of the 2010 Winter Games are everywhere, and I can’t help but drift off into thoughts of sliding down this ice-covered slide at Mach 10. But I get a quickly snap back to reality as we climb single file, and finally I hit turn two, the second to last of the climb which was a nasty 20% grade. Lungs gasping and legs burning I popped out of the cement tube to an insane view of the valley and only a few more minutes of climbing.

As the now-dispersed group of riders reach the top of the climb and drop into the trail named Golden Boner, it becomes apparent that this is the stage where things get loose. It’s not the most beginner friendly trail, so some people take their time, but never to the dismay of their fellow riders. I begin picking my way down the trail, stopping a few times as riders try to figure out their lines and encourage each other on the more challenging bits of track. The “podium” down at the village is already occupied—not that it was ever a concern of mine anyways—so I watch as people push their limits and others cheered them on, celebrating as riders clean a section or offer help and support to those that find themselves going over their limits and (occasionally) their bars.

As I cross the finish line, one of the race volunteers shouts out a time to me, which I don’t bother even trying to remember. The Toonie Ride isn’t about who’s the fastest or looks the coolest, but about getting the people together to ride bikes. After an hour spent riding among so many locals, it’s no wonder that this community has fostered some of the best riders and trails in the world. As post-ride beers and brats at HandleBar Café and Après replenish my system and I overhear people swapping stories and laughing about slow-motion crashes, I can’t help but feel a little sad that I won’t be here next week.

Check out the Freehub video “Thursday Night Therapy” about the Whistler Toonie Races on their website. WORCA also puts on the Phat DH Wednesdays in the Whistler Bike Park, so if you love your downhill check them out. For more information on biking of all kinds in and around Whistler, visit Whistler.com. 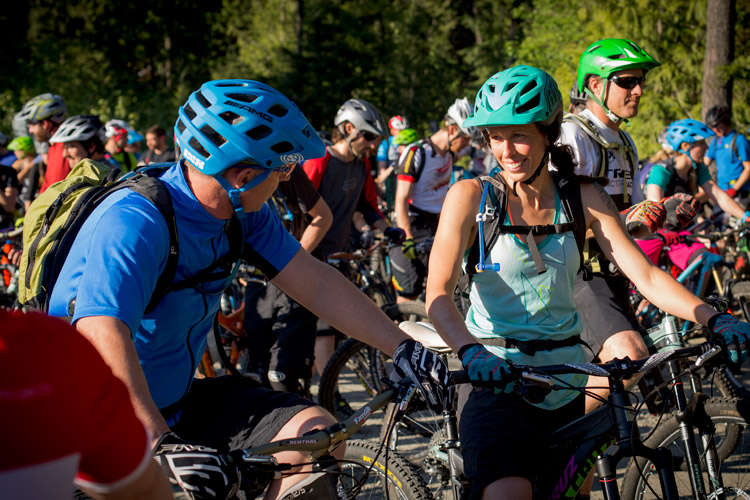 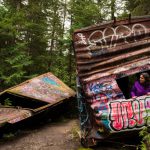 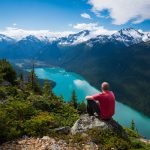 11 Essential Canadian Things to Do In Whistler this Summer