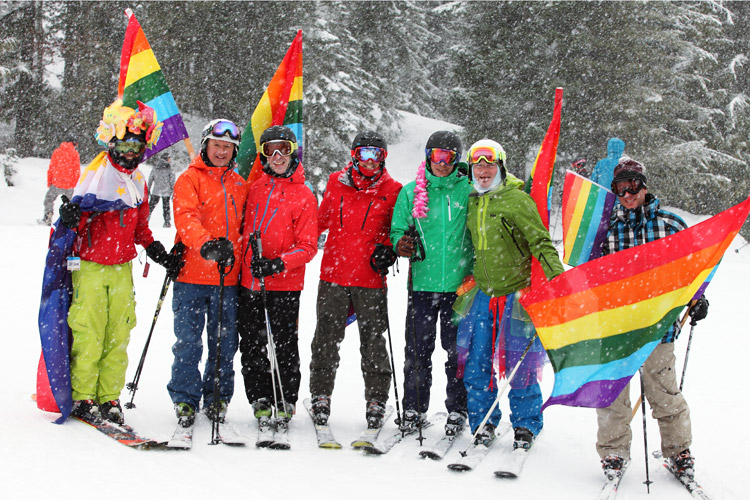 In Whistler, the mountains are the great equalizer. No matter who you are and where you come from, your first few moments at the top will be very similar to everyone else’s–awe, inspiration, respect.

So perhaps it’s not a surprise that for the past quarter century Whistler has shone as a beacon of inclusivity for the LGBTQ2+ community from around the world. And on January 22, 2017 the Whistler Pride and Ski Festival 25 kicks off another week of celebrating diversity, having way too much fun, and basking in the freedom of the hills.

“I think the number one thing is that people feel safe here,” says Dean Nelson, producer of the Whistler Pride and Ski Festival. “We may not realize it living in the bubble here in Whistler but there are so many communities in the world where holding your lover’s hand while you walk down the street could cost you your life.”

Handholding is ok here (with or without ski gloves) and Nelson, who has been involved with various incarnations of the festival since 1992, says that while the local government and businesses understand the economic advantages of inclusivity he also hears great things from Whistler’s front-line service staff.

“I speak with a lot of hotel staff, waiters, retail clerks,” he says. “And I’m consistently hearing reports of how respectful our guests are this week, some of the most respectful of the year. So there is a mutual respect.”

For the big 25-year celebration Nelson planned a special culinary addition to the usual slate of events. “It’s a 25th anniversary dinner at The Cellar by Araxi,” he explains. “We’ve paired with Araxi and Blasted Church wines to pull off a real special dinner. It sold out very quickly so I’m really excited about having this amazing, top quality dining experience as part of the week.”

Other highlights include the return of Australian comedian Pam Ann (“We had her when she was just starting out and now she’s a superstar”) and the 25th SNOWBALL which features special guest DJs The Cube Guys (direct from Italy). The annual Pride Ski Parade is always a highlight and everyone is welcome to come ski the rainbow flag down Whistler Mountain and march it through the Village.

“Most of our events are liquor licensed for 19+,” Nelson says “But the parade is all ages and we are also working with OutTV and the Whistler Public Library to screen the movie White Frog on Friday night (Jan 27, 2017) at the library. It’s an excellent film and admission is free for anyone who wants to go.”

The full schedule of events is available at gaywhistler.com. Dean’s final bit of advice to everyone coming to the 25th Whistler Pride and Ski Festival? “There is a lot of snow in the forecast and we’ve been having a good winter,” he says. “It’s looking like the snow is going to be deep so bring a snorkel, with sparkles on it.”

Get more info on TAG® approved lodging, the Whistler Pride & Ski Festival and anything else you want to know about Whistler at Whistler.com 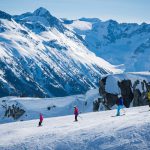 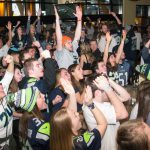