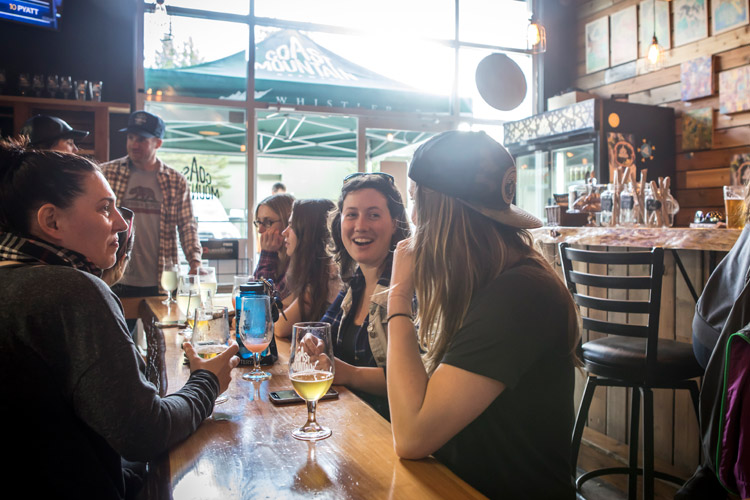 In a few short weeks, Whistler will be hosting some of Canada’s top food and drink producers for the annual Cornucopia festival. Recent years have seen more beer creep into the schedule alongside the wine tastings and these days everybody seems to be talking about wheat, hops and barley, and Whistler’s up and coming craft beer scene.

The newcomer to the taps is Coast Mountain Brewing, with brewer Kevin Winter setting up shop in Function Junction and releasing his first beer this past summer. Being new didn’t stop Winter from winning Best in Fest at the Whistler Village Beer Festival in September 2016, taking the prize from more than 60 different breweries. We caught up with Kevin Winter to talk about beer and the craft beer scene in Whistler.

KW: I got into it the same way as a lot of brewers, and that’s through the love of beer. My wife and I started together in Pemberton as homebrewers, making our beer on the stove. At first it didn’t taste good at all, but it slowly got better, we slowly made more friends, and eventually people were coming by and saying it was tasting pretty good.

I was always fascinated by what was coming out of the taps, and how that was created. I grew up with a wrench in my hand, and the whole engineering aspect fascinated me. I was lucky to land a job at Whistler Brewing in 2010 cleaning the floors, and worked my way up to the brew kettle quickly.

Because it’s a family business, I knew I eventually had to go elsewhere to get more experience. Derrick (Franche) is a friend of ours and we knew he wasn’t going anywhere either. So we went to the city to learn, and I took over Mission Springs. (Editor’s Note: Derrick Franche is the brewmaster at The BrewHouse Whistler – read more about his brewing story here)

KW: Flavour. It’s a passion project for me. Beer is alive. There’s so many different microorganisms at work. There’s the chemistry. The engineering. A finishing carpenter gets to step back and say “I built that, and others now get to enjoy that.” In brewing, I get to step back and see someone enjoying a pint I brewed, and it’s a very gratifying feeling.

I also enjoy the history. Beer is the oldest consumed beverage in the world, and some now think that modern civilization began with beer. At one point we were all nomads, and the first settlements were created by people waiting around for the barley to grow. I also love trying to create recipes from places like Germany, England, and Europe in general that have unique characteristics and make people sit back and say, “Wow, that’s something different.”

KW: In some ways we’re glorified janitors that get to drink beer on the job. Probably 85 per cent of our days are spent cleaning. You have to operate like your brewery is inside a hospital. You can eat off our floors, our tanks are glorious, and every single hose and piece of equipment is constantly sanitized.

Behind the scenes there’s also a lot of planning. Ales can take three to four weeks to produce, a lager might be six to nine weeks. You pretty much have to extrapolate across a full year, and into next year as well.
There are also a lot of regulations. The red tape for opening a brewery is a lengthy process, we first put pen to paper two years ago and only opened a week ago. (Editor’s Note: Curses, our relaxed publishing schedule exposed – Coast Mountain Brewing has been open since August 31)

KW: All of our tanks are full, and a lot of beer is ageing in our cellars. We’re working our way up to eight beers on tap.

Insider: What beers are you most proud of?

KW: In 2014 I took gold for Canada’s best German Pilsner for Mission Springs, and at the beginning of 2015 I took gold for North America’s best smoke-flavoured ale, which was our scotch ale. We won a few more awards in 2015 at the BC Beer Awards and were doing really, really well. But the goal all along was to open our own brewery.As excited as we are to have won awards in the past, our focus is on the beers at hand here and now with Coast Mountain. Definitely stoked to have won Best in Fest so early on with our brewery. Plenty of tasty beers to come in the years ahead.

We are overwhelmed by the support of our community and love sharing our passion of brewing flavourful beers with friends and family.

KW: It’s really supportive right now in the brewing world. All the small breweries know it’s in all of our best interest to gain more exposure and to get people drinking a greater variety, so we’re always helping each other out. It’s not that the macro brewers aren’t making good beers these days, but supporting local businesses is becoming more prevalent, like the 50-mile diet for food. It doesn’t hurt if the beer is good. One thing that’s becoming popular are collaboration beers, where you’ll work with another brewery to produce something and share the result between both companies.

You might feature a few beers from another brewery on your taps as well. I will champion every single craft brewer in the region, and feature their work on our taps while our own beer conditions and matures.
In the old days, and I’m not talking that long ago, you only had a choice between three or four different beers. Now, in North America there are probably close to 100 different styles of beers being shown. More people are discovering beer, and there’s a lot more to discover all the time. If you’re into beer, it’s pretty exciting.

Sampling the local brews is the perfect way to fill in time until winter arrives.

Stay tuned for the final post when we talk to the brains behind the brews at the Whistler Brewing Company. You can check out a neat beer-flavoured Whistler itinerary from the newly launched BC Ale Trail and find a patio serving craft beer near you on Whistler.com. 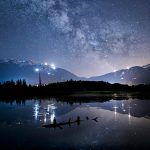 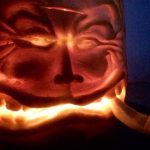 Extreme Pumpkins: Pow Turns Aren’t the Only Thing We Carve in Whistler