Confessions from the Top: 5 Things I Learned from Racing Red Bull 400 Whistler 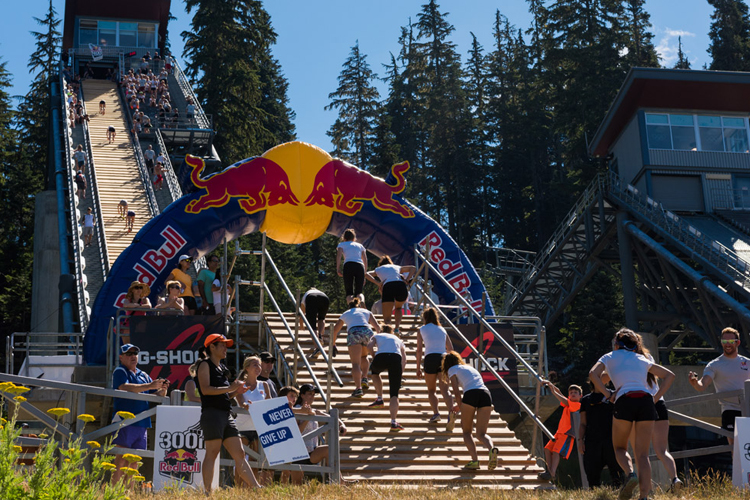 Confessions from the Top: 5 Things I Learned from Racing Red Bull 400 Whistler

The author and teammates took the bronze medal in the relay category at the 2015 Red Bull 400 race in Whistler.

As a (self-proclaimed) rugged individualist who grew up playing in the mountains around Whistler I have never really had time for team sports or the concept of “racing.” Out here I always found much more pleasure in taking my time getting places and enjoying the scenery rather than rushing to the bottom. Whether skiing, climbing, biking or learning to flip over a kayak, my favourite accomplishments came from testing myself, honing my skills and finding a smoother flow through life.

Last year, The Red Bull 400 kicked that attitude squarely in the throat and changed the way I approach having fun outside. That sun-hammered, 400-metre scramble up the Whistler Olympic Park ski jumps taught me a lot about myself. And here are the most important 5 things:

1. If You Really Don’t Want to do it, You Probably Should

Prior to my debut race I thought events like the Red Bull 400, Tough Mudder and Whistler Half Marathon were for chumps. Group suffering events designed for office workers who don’t have time to really enjoy the mountains and need a quick dose of endorphins and a complimentary t-shirt to feel alive.

But I had never tried one, and ignorance is not bliss—it’s just ignorance. My buddies from work (my office job) had a last minute spot and since we’d been running a bit they asked if I’d be up for the challenge. First instincts: NO WAY! But then I realized that if I felt that strongly about something I really knew nothing about I kind of had to do it. That is how we learn and grow as people.

Originating in Europe, the Red Bull 400 (genius-ly) capitalizes on the fact that Olympic ski jumps are all built to extremely consistent incline and length specifications. This is a summer event on a winter venue that can be held anywhere with an official Olympic jump or training facility – like Whistler Olympic Park in the Callaghan Valley.

And let me tell you, 400 metres is only a quarter mile but it feels like a marathon when you tilt it on a 37-degree angle. That’s steep enough that you “run” up using your hands as well. Luckily, I was signed into the Team Relay, where 4 teammates each tackle 100 m of the course. It sounds so easy but I’ve never been so close to puking as I was after my 100 m dash.

This race is not easy, just finishing it in the individual category is a huge accomplishment. I ran just one quarter of the whole course once and it nearly killed me. This year the format means all participants will be tested with a qualifying race to place them in final heats. There is no such thing as a mellow Red Bull 400.

3. Local Athletes are No Joke

Anyone expecting to waltz into an athletic event in Whistler and take gold is in for a harsh dose of reality. The locals here are strong endurance machines who can hang with the best athletes in the world. The 2019 Whistler Red Bull 400 Men’s Champion was Squamish resident and massage therapist, Alexandre Ricard who did it in a time of 3:29 and for the Women’s Champion it was BC-native Madison Sands who completed the ascent in 4:18.

This surprised me the most. But being out in the sun, cheering the individual competitors, laughing and fighting back nerves before embarking on “the steepest race in the world” – I found myself actually enjoying the whole event. My team and I bonded over the sheer difficulty of what were about to do, and we celebrated the accomplishment afterwards. The moment I handed the baton off to my buddy Steve and watched him tear off up the slope is something I’ll never forget. That sense of accomplishment and camaraderie—working toward a common goal—is special and well worth experiencing. And it’s impossible to duplicate by yourself.

5. It’s What’s Inside That Counts (not what fancy gear you have)

In a subversive attempt to make a mockery of the whole thing, I carefully selected my racing outfit: really short jean cut-offs and 20 year-old shoes. As I lined up with my cutting-edge lycra and high-performance polyplastic clad co-competitors for the second leg of the relay someone crushed my juvenile rebellion with a single comment, “There’s always one guy in jean shorts.” I had just officially won “worst dressed” and “least original” in one fell swoop.

Except I beat that guy up the hill. And almost everyone else. Team Tourism Whistler- Me, Steve, Debbie and Sarah- actually ended up taking the bronze medal in the relay, jean shorts and all. It doesn’t matter what gear you have in a race as explosive and grueling as the Red Bull 400, it doesn’t even matter if you win. It’s about testing yourself, finding the flow, and finishing the race. And mostly it’s about having fun in the mountains, and sharing that experience with others.

Jean shorts or tutus – rock the Red Bull 400 your way.

The 2020 Whistler Red Bull 400 is set for July 11 and has individual men’s and women’s categories, a coed 4 x 100 team relay. Get all the info you need, plus hotel deals (you will want that hot tub afterward) at Whistler.com 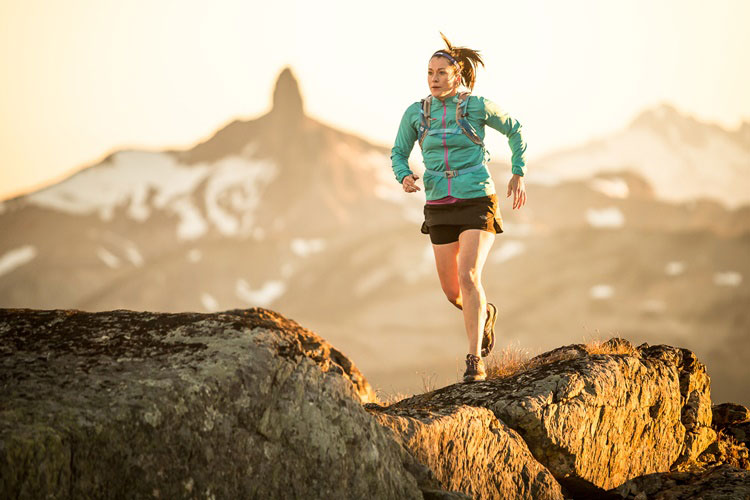 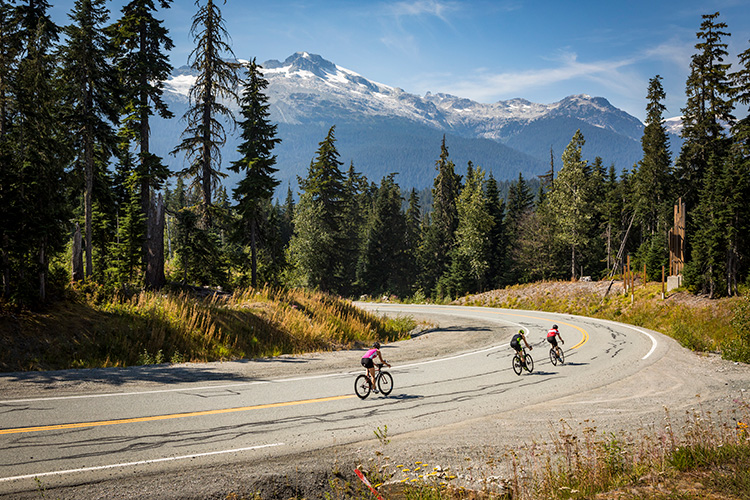 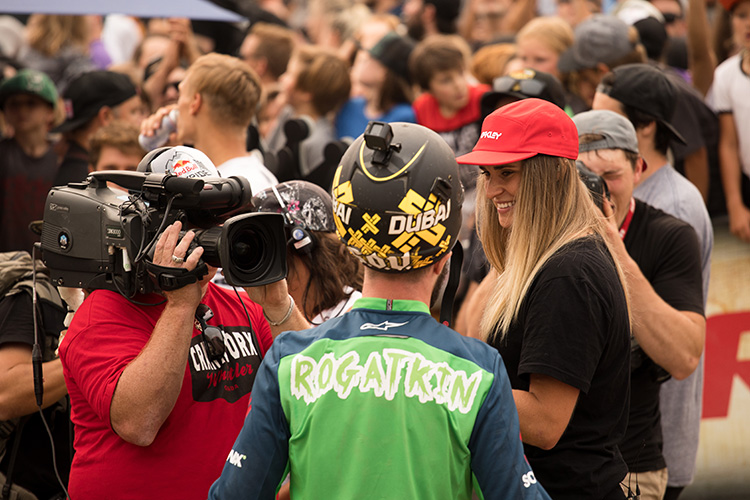