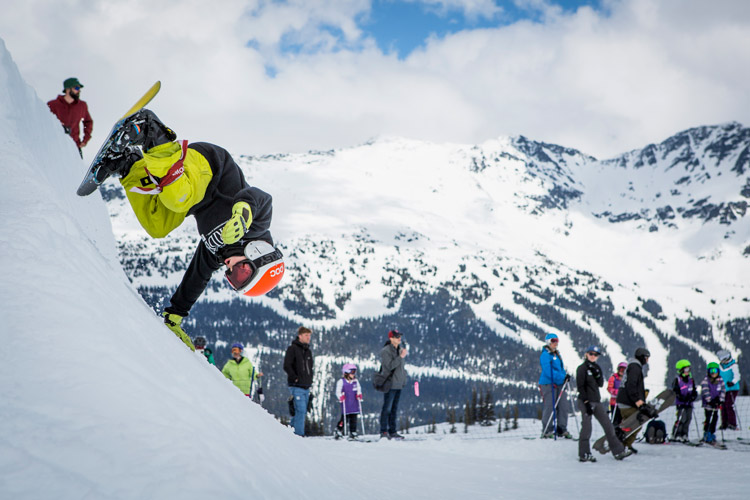 Updated April 2018: FamJam is no longer part of the World Ski & Snowboard Fest, but it’s going to be a blast regardless…

Believe it or not, there was once a time when snowboarding was just a bunch of punks banding together to have fun on the mountain. And that was it— no Olympics, no energy drinks, no academies to help turn your groms pro. People simply got together and rode snowboards, for fun…

Olympians Dominique Vallée and Mercedes Nicoll are taking it back to those old-school days with a Halfpipe Fam Jam event on Blackcomb Mountain.

“I moved to Whistler in the 1990s,” Dominique says, “and when there was no powder everyone would just go to the pipe. It was so easy to meet people; everyone hiked and learned together. Everyone cheered for each other and that atmosphere and community is what made me fall in love with Whistler. Some of those people are still my best friends today.”

To recapture that atmosphere Dom, who competed in halfpipe and snowboardcross in the 2006 Winter Games, teamed up with 3-time Olympian Mercedes Nicoll and organized the Halfpipe Fam Jam to give old friends a chance to reconnect and remember the joy and energy of those old pipe sessions. No prize money, no judges, just people riding boards and catching air.

After posting the event on Facebook it quickly became apparent that “The Family” has grown over the years. “We definitely got a better response than we expected,” Mercedes says adding that, in a year where some of the big WSSF on-mountain events aren’t happening, people seem amped to just come snowboard together for fun.

“It’s not a contest,” Dom reiterates. “It is just people showing up and riding together and I think a lot of people miss that and want it. A lot of us have been too busy riding pow this winter so it will be fun to get back in the pipe with everyone there.”

The Halfpipe Fam Jam is on the WSSF calendar but is not an “official” event. “I think it’s awesome that these ladies have put this to paper and have organized a community event,” says WSSF media master Chelsea Moen. “The Festival has always been about inclusivity and this a perfect example of how people can get up on the mountain and get involved. Anyone can have fun in the pipe, from little groms riding the walls to rockstars like Dom and Mercedes.”

As word spread, Fam Jam organizers realized the needed to add a few important ingredients. “The reason I wanted to be a pro snowboarder was because of the 1997 Westbeach Classic,” Dom says. “It was the coolest sporting event I had ever seen and what helps make an event amazing is the music and the MCs.”

O.G. Whistler snowboarders Stuart Andrews and Chris “Nix” Nichols will MC the event with their own unique humour and commentary. “They can do and say whatever they want,” Dom admits. “It’s all very open.”

The event is also open to skiers, something that has definitely changed since the 90s. “Things are different now compared to when the pipe was up above the Catskinner chair,” Mercedes says. ” We’ve invited some skiers and really it’s the more the merrier – Dom and I don’t discriminate. We don’t speak for our MCs though…”

WSSF are providing a sound system and mics and the sole sponsor of the Fam Jam is Oakley, who have been supporting Dom since she was 19 years old. “They are stoked to be involved,” she says. “They’ll set up a chill out lounge and tent at the bottom of the pipe and will provide some rad gear to thank our MCs for their time. I’m sure Stu and Nix will come up with a funny way to give a bit of gear away too.”

Good-natured ribbing will certainly be part of the fun but the real magic of the Halfpipe Fam Jam comes from the fact that it exists solely to celebrate the pure joy that comes from sliding around on a mountain with friends.

The Fam Jam returns in 2017 – check out the Whistler World Ski & Snowboard Festival schedule for details. 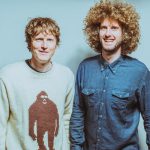 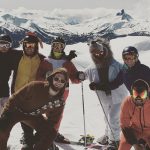 Whistler Wildlife: The Rise of the #WhistlerOnesie