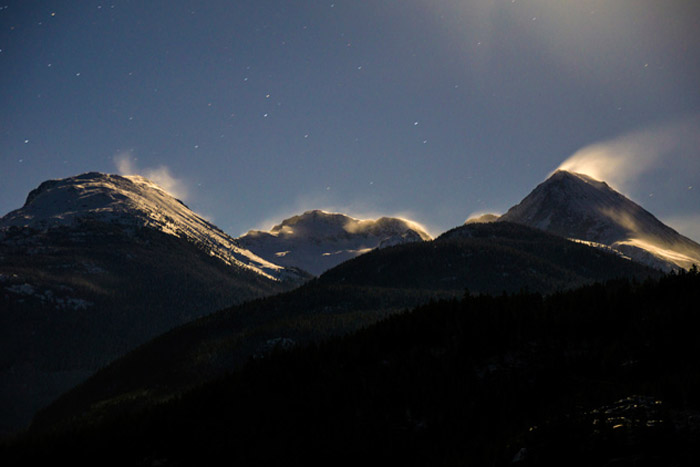 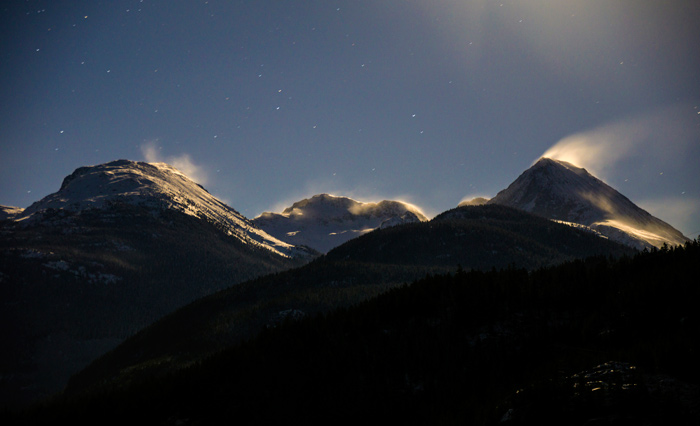 Even after 31 years in Whistler local photographer Jorge Alvarez is continually inspired by the mountains, enough so to venture out into the freezing nights in order to nab shots like this. Conditions were very cold and fairly windy but Jorge knew he had to go; the moon was calling him.

Insider: Tell me about this shot, did you have this planned out?

Jorge:  I am the hugest fan of the moon. After reading Jitterbug Perfume over 20 years ago the moon and I have been dating and she tells me when it is gonna be good. I have an app on my phone that alerts me as to when she is dancing, waxing, waning, or full. And I invented a kind of table for myself to predict what mountain she will be rising over if I am standing in my favourite spots to shoot. I am about 90% accurate after all these years but she is still unpredictable, she is a woman after all.

Insider: So moon told you this would be a good night to shoot?

Jorge: It has been cold so I knew it would be clear and I was excited because this is probably the last full moon of the winter where there is snow on the mountains and ski runs but the lake is not frozen. Once the lake is covered with ice you get different reflections and shadows. For this shot it was the right light and angle, the moon was low enough to backlight the wind spray but not so low as to shine right into the lense.  It was a combo of factors that combined to give you that 5 minute window, because that is all you get. 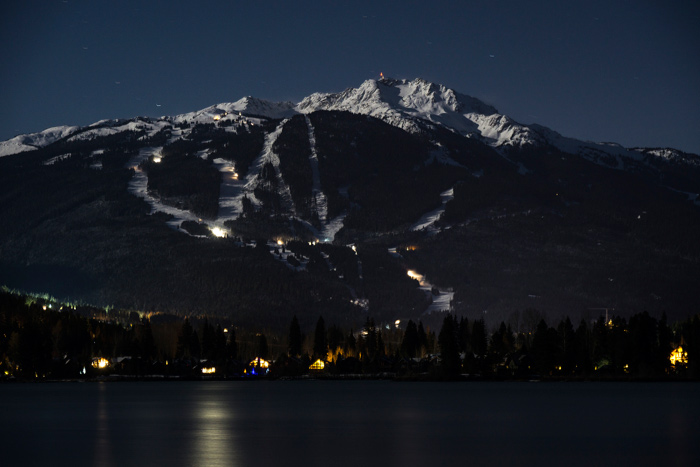 Insider: How long were you out there?

Jorge: I was out about an hour shooting. I bundled up and was dressed for it but you still get cold shooting these long exposures because you are afraid to move. I had actually packed up and was driving home when I felt something, the moon told me to look north so I stopped and went back to a different spot and that was this wind shot. I had given up but the moon whispered to me. 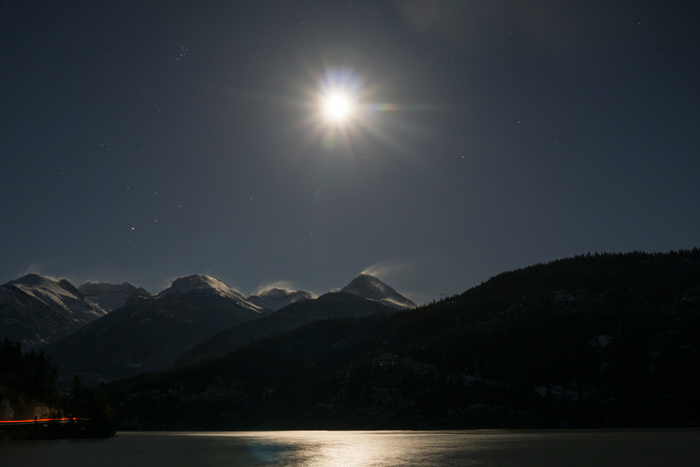 Insider: How has the evolving camera technology helped you over the years?

Jorge: The technology is helping people take better photos but that is like saying anyone with a pencil can pick it up and make an incredible drawing or write a beautiful novel.  It’s not the tool, it’s the time and passion you bring to it. You have to work for it. For photos you gotta go hike, that is the number one thing. You gotta be willing to go out in the cold and hike for a half hour or four hours.  Then freeze just to get that one shot.

Insider: After 30 years in this area do you ever feel like you have seen or photographed it all? What keeps you going back out into the cold?

Jorge: The reward of getting photos like this. After all these years I am yet to get tired of our magnificent views because they are always different. You will always find me at the top of a trail or on the mountain hiding behind a rock waiting. Winter or summer, year after year it is never the same photo. Last night i was out with the wide angle. Tonight i am hunting with a telephoto and going after her majesty herself. 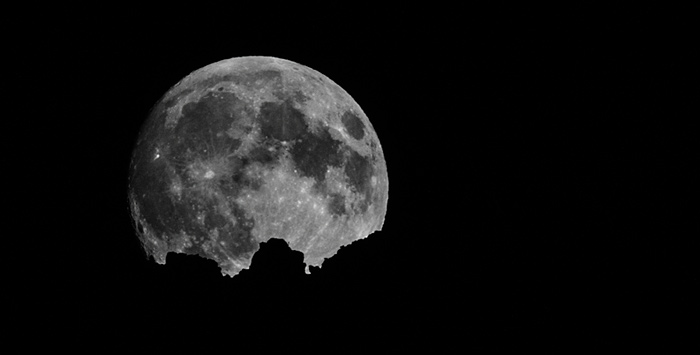 Hit up Whistler.com to come find your own bit of magic in the mountains. 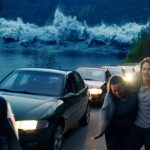 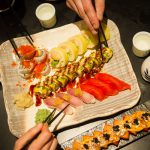