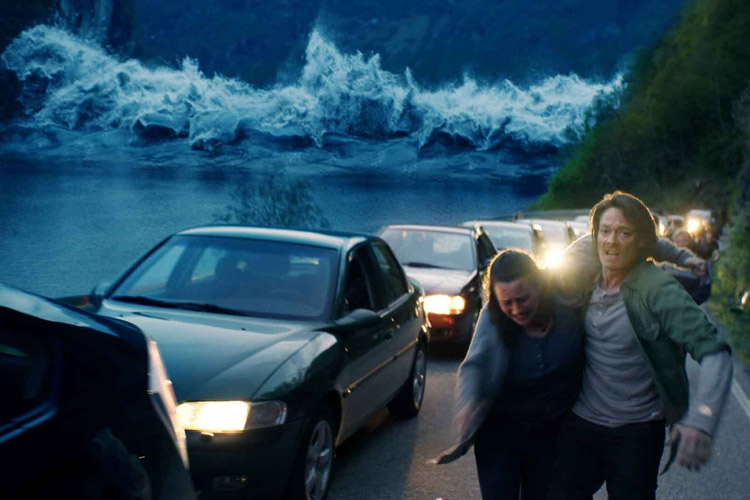 LEFT: Paul Gratton can talk about movies all day. RIGHT: Except for when he’s watching a movie. WFF Opening Gala screening 2014.

The year of anniversaries continues… Whistler Blackcomb is celebrating 50 years of skiing this winter, the Resort Municipality has 40 years of..um…municipality-ing.  Toss a few more candles on the cake though, because from December 2-6, 2015 the Whistler Film Festival will be blowing our minds for the 15th year in a row.

Launched in 2001, the Whistler Film Festival is widely accepted as a tipping point in Whistler’s arts and culture history. Showcasing 13 Canadian films in what was then a one-movie-screen town, the festival took off and within a year two other grassroots filmmaking events popped up, and helped usher in a new artistic revolution in a traditional sports town.

“We were flying by the seats of our pants back then,” says Shauna Hardy-Mishaw , who founded the festival with Kasi Lubin, the two of them doing, “every job that first year.”

A decade and a half later the Whistler Film Festival has become a driving force in the Canadian film scene and one of the highlights of the Whistler calendar. Hardy-Mishaw says a lot of that success comes from hiring the right people to help it grow. Paul Gratton stepped in as Programming Director as 2012 and things really clicked.

“We were on the right track, for sure,” Shauna says, “But since Paul arrived it has really been full steam ahead. He understood everything: the timing with awards season, the importance of Canadian film, getting the right international people here, the distributors…”

And picking great films: every year The Insider connects with Paul to talk about some of his favourite films of the festival. There are 89 films from around the world screening this year, here are some of Paul’s favourites.

“I highly recommend this one,” Paul says. “It’s basically a disaster movie that does everything a big blockbuster like San Andreas does but on a budget that’s probably less than San Andreas spent on catering. This one is Norway’s entry into the Best Foreign category at the Oscars. It’s about a mountain crumpling and destroying a small resort town. I thought of Whistler as I saw it.  Much of the action has to do with a tsunami as the mountain falls into a lake and everyone has ten minutes to escape. It’s gripping and exciting. The lakes in Whistler are probably too small so we are safe here but it’s still great fun and a really neat movie.”

LEFT: The Wave looks awesome. RIGHT: Al Purdy was even more awesome than he looks.

“When someone you know makes his first documentary you hold your breath a bit. This one is directed by Brian D Johnson who was the film critic for Maclean’s Magazine and it is one of the best docs of the year. It’s not only a tribute to Al Purdy, an epic Canadian poet, but also an ode to a time in our history when culture was extremely important to us. As global culture continues taking over the minds of our young people  this is a joyous celebration of Canadian culture.  The archival footage from the CBC and other sources is really extraordinary. Good one Brian!”

“I think this one will also resonate with the local crowd. It’s like Treasure of the Sierra Madre set in the mountains of BC in the winter. Two couples come across  a map to some buried gold and head into the wilderness to find it. What can go wrong? It features 4 wonderful performances from BC actors. This one reflects the dual philosophy of the festival—celebrating Canadian talent but also there is a mountain theme in the story because the mountains are in charge.”

LEFT: Numb is a BC adventure. RIGHT: Amerika, a doc about Czechs loving the wild west.

“This is a documentary from the Czech Republic but there is a Vancouver connection. It’s about a Canadian Czech lady who goes back to discover her roots. Instead she finds this phenomenon where people are checking out of society to go tramping, living up in the forest like hobos and everyone immersed in the folklore of the North American wild west. The film questions our values and the rat race and celebrates the rhythms of life. We have the North American premiere and the director is coming all the way from the Czech Republic.”

“I am really excited to have the world premiere of this one because the director, Frank Henenlotter, is a legend for genre movies like Basketcase  and Frankenhooker. He’s made docs on exploitation films but his background is as a commercial artist and this is his first non-genre film. It’s a fictional story about some starving New York artists who notice that Banksy is putting up art in New Orleans in the aftermath of Hurricane Katrina. They rent a truck and drive down to steal an original Banksy in hopes of selling it to a museum. It’s fun, fast paced and really surprising from Frank. This is a big deal and I was flattered that he would give us his world premiere.

These five films are just a drop in the bucket of the cinematic awesomeness Paul and the team have assembled for the 15th annual Whistler Film Festival.  Find a full list of films here (there are also tons of industry events and parties) and the skiing is usually pretty great for the fest too which makes for the classic Whistler dilemma—another run on the hill or rip down for a movie?  Nice problem to have. Book your trip at Whistler.com

LEFT: Bright stars in the WFF. RIGHT: Bright lights outside.