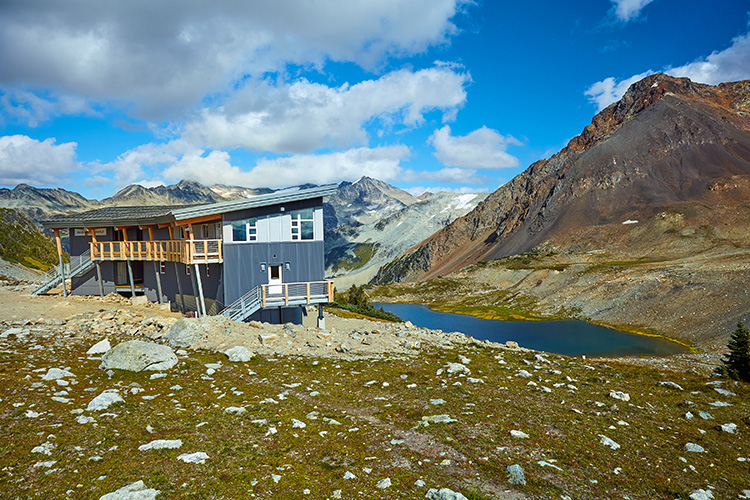 “This is the hut that love built.”

Jayson Faulkner, Chair of the Spearhead Huts Committee, gets a bit emotional just talking about it. “Really, it’s impossible to overstate the amount of work, care and… love that went into this.”

The hut in question is the brand new Kees and Claire Memorial Hut at Russet Lake, a stunning  backcountry facility on the edge of Russet Lake and the first of three huts to be built along the Spearhead Traverse, a 40-kilometre route connecting Whistler and Blackcomb Mountains and considered one of the best high-alpine traverses in North America, if not the world.

And after a long ten years of planning and fundraising plus three years of construction, the hut will open its doors to excited hikers and backcountry lovers on September 21, 2019.

“The idea is to hike out to the hut in the morning,” explains Faulkner. “We’ll do a ribbon cutting ceremony at 1 PM then hike back to the Whistler Gondola and have a big party in the Village with the premiere of The Spearhead, a short film from Arc’teryx.”

The hut, a 2-storey, 2500 square foot facility that can sleep 38 people, was built entirely by volunteers and funded by donations, many of which came from families and friends of people lost in the mountains.

Love and Legacy: The Names in the Hut

The first hut in the Spearhead Hut Project is named after Cornelius “Kees” Brenninkmeyer and Claire Dixon, ski mountaineers who passed away in January 2007 on a 30-day ski traverse in the Rocky Mountains when their snow cave collapsed in the night.

Inside the Kees and Claire Hut, a state-of-the art kitchen is named after Barbara McGeough, a passionate adventurer who passed away in 2016. Adjacent is a communal lounge / gathering place named after Brett Carlson, a popular Whistler skier killed while attempting a road gap in 2000. A youth bunk room and mountain education project celebrates the memory of Mischa Arnott, a young mountain lover who passed away at age 11 but left a huge impression of positivity, strength and compassion to all who met her.

“This hut is such a beautiful legacy for the families of these people who are remembered in there,” Faulkner says. “That is such a gift to give someone, this is going to be an incredibly popular place that brings joy to thousands of people for a very long time.”

The hut also features propane-fueled cooking and heating facilities with solar and running water systems to be installed in the future. “We think we can get those in sooner than later,” says Faulkner, adding that fundraising efforts are ongoing. “The hut uses the Passivhaus design so it’s very efficient, it doesn’t take much to heat it up.”

The opening of the hut sees a decade-long project come true, but the idea of a public hut system on the Spearhead Traverse goes back much further. In 1964, Karl Ricker, Bert Port, Chris Gardiner and Alistair MacDonald first completed the horseshoe-shaped tour, spending nine days in the mountains. Mountaineers and skiers of the era agreed that, with huts in place, the route could rival any of the great traverses in Europe. In 1968 the British Columbia Mountaineering Club built a small gothic arch hut on the shores of Russet Lake and named it after Werner Himmelsbach, who organized the build and did much of the work.  For 50 years that hut acted as a safe haven for backcountry enthusiasts (and rodents) but no other shelter was ever added to the Spearhead Traverse. With the completion of the Kees and Claire facility, the Himmelsbach hut has been disassembled for possible relocation to another area.

Werner Himmelsbach, now in his 80s, is slated to be one of the guests of honour at the grand opening of the new Spearhead hut, alongside local dignitaries, friends and families of those named on the hut, and countless volunteers that helped see the project through.

“It’s going to be emotional,” he says. “I look at the range of volunteers—why do people give up two weeks of their vacation to come be a labourer and work on this? All the time and love put in, to be a part of that is something special. I don’t know if I’ll ever get a chance to be a part of something this unique again. It feels special for so many of us, to have this legacy, to give back to the mountain community. To be part of something like this, the way it has all come together… just walking in there we all kind of choke up. This is going to be a special day and a big celebration. It’s going to be emotional for sure.”

Depending on the weather, the trip out to the Spearhead hut will start with coffee at HandleBar in the Upper Village / base of Blackcomb. At 8 AM everyone will upload the Blackcomb Gondola, cross the PEAK 2 PEAK Gondola over to Whistler and hike the Musical Bumps trail to the hut (allow 3-4 hours for the hike, each direction). The ribbon cutting will take place at 1 PM with the after party / film screening at the Whistler Conference Centre at 7 PM. More info here.

If you do plan on venturing out to the Kees and Claire Hut this winter, make sure you brush up on your backcountry hut etiquette before you go. 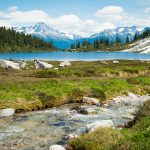 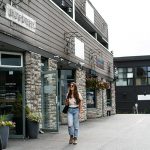