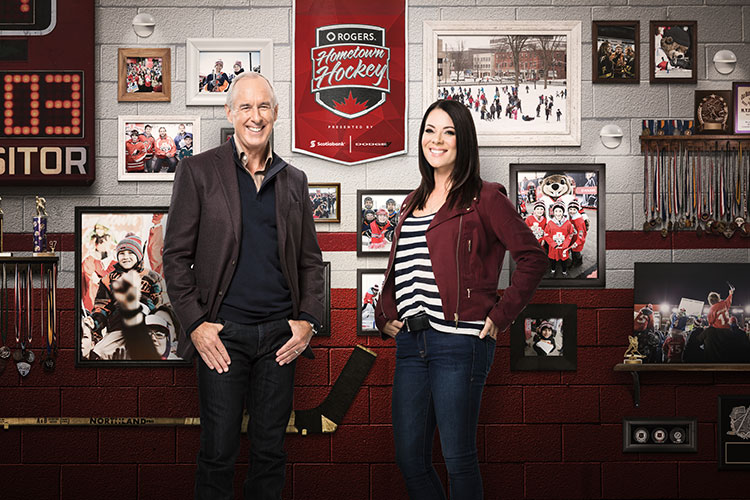 This February 9 and 10 it’s going to be all things hockey at Whistler Olympic Plaza, as Rogers Hometown Hockey rolls into town. Hockey is to Canada what football (soccer) is to England, and sumo wrestling is to Japan — it’s an intrinsic part of the culture. Although Whistler is known as a ski destination, we do have an arena where teams like the Dallas Stars, Anaheim Ducks, and Vancouver Canucks come to train and play.

Since our arena was built in 1992, our local hockey leagues have taken over the ice with bookings that start at six in the morning and go through to past midnight. This is a town that lives and breathes hockey, and this year we’re celebrating it in style with Rogers Hometown Hockey hosting a live Sportsnet broadcast of the Toronto Maple Leafs taking on the New York Rangers, on Sunday, February 10 at 3:30 PM in Whistler Olympic Plaza.

This is in tandem with a whole weekend of hockey-inspired activities like a ball rink, hockey circus show, live music, food stalls, and National Hockey League (NHL) alumni appearances. A parade of champions will also make its way down the Village Stroll from Skier’s Plaza to Whistler Olympic Plaza at 3 PM on Sunday, with children and players from local sports clubs, along with special games being hosted at Meadow Park Sports Centre throughout the weekend.

Whistler is a hub for family-friendly events and activities year-round, so it’s only fitting that it hosts Rogers Hometown Hockey. A frozen lake is a good enough excuse to drop the puck in Whistler, and a visit to Whistler’s community ice rink at Meadow Park Sports Centre at any time of the year shows the love of hockey in our town. I encourage everyone to come out and experience the excitement and energy when Rogers Hometown Hockey comes to Whistler. — Mayor Jack Crompton

For our non-Canadian readers who weren’t born with ice skates on their feet, here are the basics you need to know to enjoy the action on the ice.

There are four officials who control the game — two referees (who give out penalties) and two linesmen (who watch for icing and offside). Standard penalties last for two minutes, where a player has to leave the ice and sit in the penalty box. While they’re in there, the opposing team enjoy a “power play.” What are penalties given for? 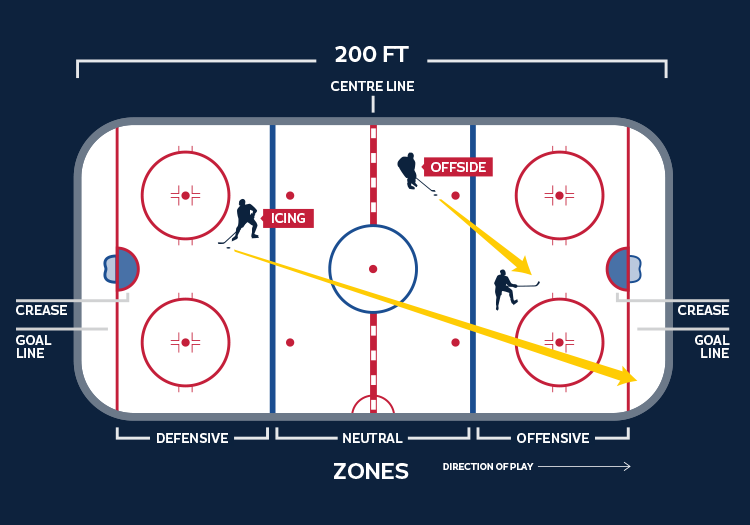 Before Whistler had its own rink, avid players would venture down the highway to Squamish to get a game in. After winning the league 10 years in a row, Squamish got a bit sick of Whistler teams and the Resort Municipality of Whistler (RMOW) decided it was time to build their own. That winter, the Director of Parks and Recreation at the RMOW, Bill Barratt, hurt his knee while skiing. A trip to UBC’s Sports Medicine Department put him in touch with the orthopedic surgeon for the Vancouver Canucks. When Bill mentioned he was helping to build a hockey rink in Whistler, he put him in touch with Stan Smyl, a legendary Canucks player who was running hockey schools. This crazy twist of fate led to Bill being toured around the Canuck’s stadium and set in motion plans for the Whistler rink that would lead us to hosting the Team Canada 1996 training camp.

A member of the Whistler Winter Hawks, Bill wanted to make sure that the rink was designed for and by hockey players. He chose an architect who was also a hockey player, and they consulted with other players and rink managers. The outcome are six-foot hallways where two players can fit side-by-side with their gear, five-foot door ways they can fit through, deep sinks for filling water bottles, stand storage for all the gear, a training room, industrial washer and dryer, and a large space for the Zamboni to be fixed and maintained in-house. It’s these touches that sets the Whistler rink apart, bringing in world-class teams who love the arena but also the amenities of the resort — golf after practice anyone?

After we built the arena Whistler became more of a community. It’s a gathering place where all are welcome. Facilities like this are part of a healthy community and I can’t wait to see our first born, bred, and trained NHL player come from Whistler in the near future. — Bill Barrat

If you fancy a skate while you’re here, or watching a game, head to Meadow Park Sports Centre and take a seat in the bleachers. You could be watching kids, juniors, women, men, or the old-timers league, but someone will likely be on the ice with a stick in hand.

Like Bill said, hockey is about community and we invite you to join ours this February 9 & 10 and throughout the season. For more details on Rogers Hometown Hockey visit Whistler.com. 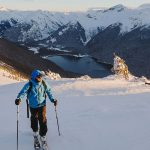 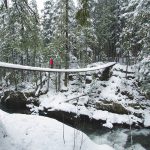 Insider’s Guide to Snowshoeing in Whistler