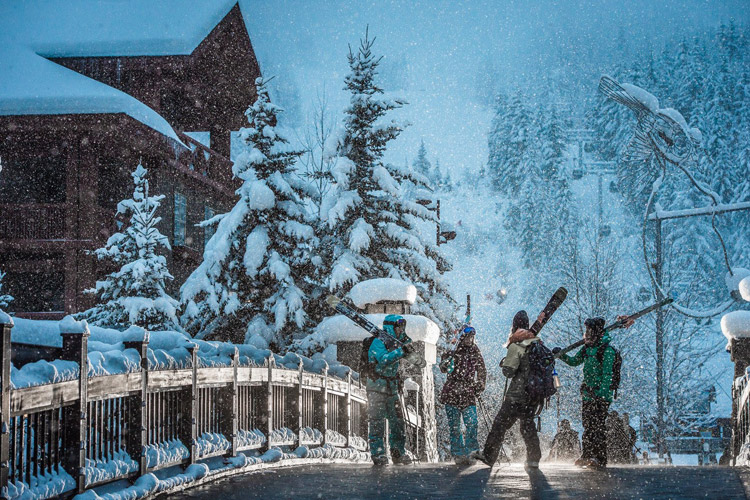 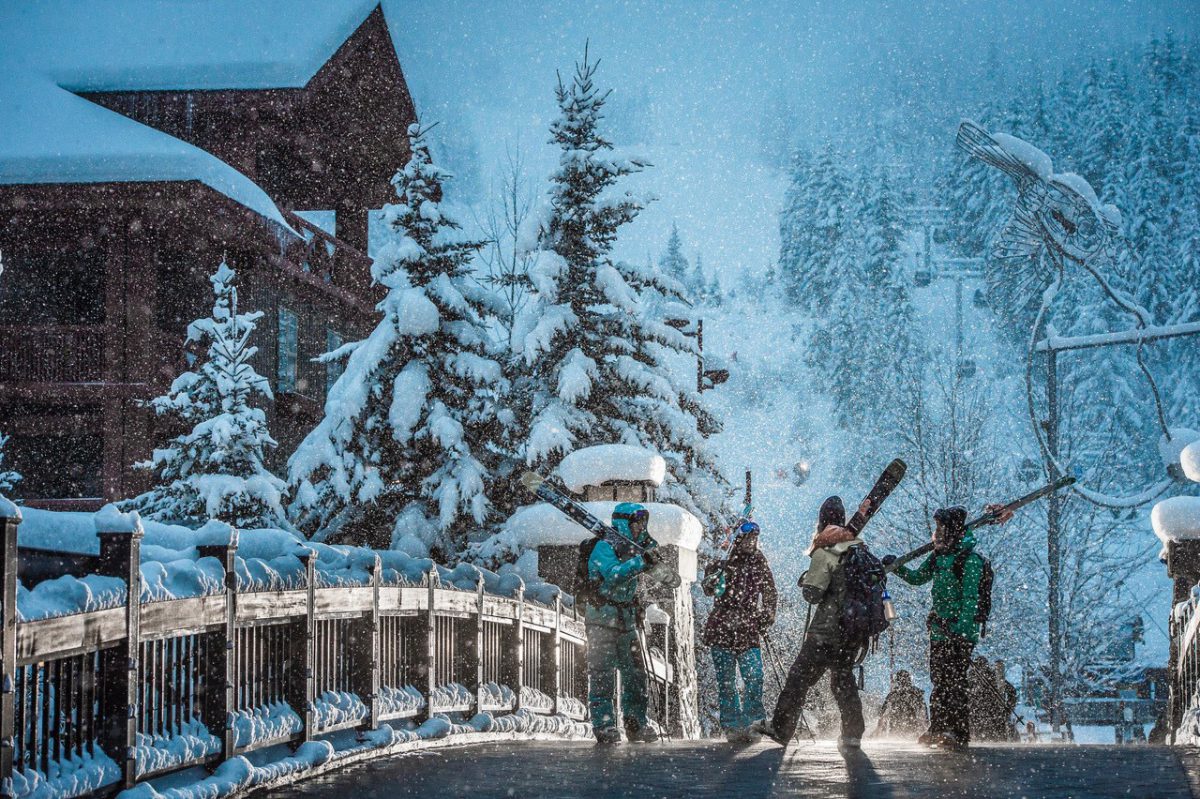 Everything has to line up just right.

The storm has to swirl around over the Pacific Ocean for a while, drawing up moisture and gaining intensity before slamming into the West coast of British Columbia at exactly the right spot: Whistler. At the same time, the temperatures must be just right­–not too cold, but cold enough, ideally with not too much variance from the Peak to the valley.

But when Mother Nature clicks all the pieces together, like she has the past few weeks in Whistler, the big winter storm cycle delivers the kind of powdery days that will set your Instagram feed on fire. The latter half of January saw Whistler receive well over 200 cm (6+ feet) of cumulative snowfall within 10 days. It was a powder snowmaggedon.

With ten days of snow storms offering constant pow resets, the vibe in Whistler Village hits new levels of stoke. This particular photo, which Blake snapped a few years ago during another epic midwinter storms, captures that special “yes friends on a powder day” vibe. But like many of Blake’s favourite shots, this one happened almost by accident.

“We were shooting a Rossignol ski photo shoot in the basement of a ski shop in the Village,” he recalls. “It was raining but suddenly it switched to snow, just started puking. And the light was dimming so we rushed outside and got this frame. The idea was to celebrate the end of an epic day in Whistler, where you’re celebrating but also knowing that the snow is falling and it’s gonna roll over into another epic day.  Like, I’ll meet you right here tomorrow and let’s do it again.”

First day shooting skiing today! In fact this shot of Ian is the very first shot taken of many today up on @whistlerblackcomb blackcomb with @ianmcintosh and @nickmcnutt . So excited for another round of winter photography. #whistlerblackcomb #explorebc

Now based out of Pemberton, Jorgenson spends a lot of his winter traveling or shooting photos from his snowmobile in the local backcountry. Those kinds of shoot days can involve a lot of planning, waiting for clear weather, or working one area for a length of time. “It can be a dawn-to-dusk production,” Blake says.

Big storm cycles offer him a chance to get back to his roots and shoot photos with a more run and gun style on the ski hills.

“Shooting on the ski hill, I’m on my skis and always in motion, just exploring the mountains, cruising and looking for the right opportunity. Sometimes you might only get one shot, but it’s an epic culmination of the whole day.”

Blake says he doesn’t favour one mountain and will ski Whistler or Blackcomb on a big storm day, depending on parking and where his friends are at, “But Seppos trees on Whistler are definitely a favourite.”

Check out Blake’s photography at blakejorgenson.com or in the Adele Campbell Gallery in the Westin Whistler Resort. And to keep an eye on Whistler’s current weather check out this weather and webcams page.

More Behind the Scenes with Blake Jorgenson

2018 is now here. Wishing everybody inspiration from new adventures and the opportunity to build on who we are and what we would like to achieve. The black tusk, whistler bc.