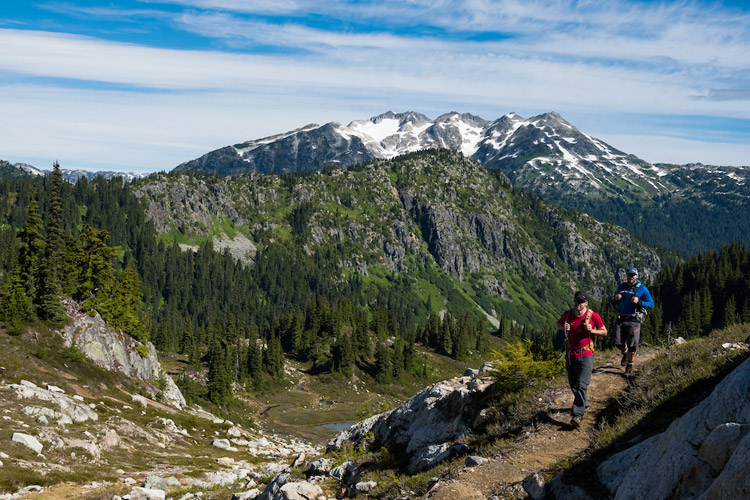 Etiquette is a funny thing. It’s hard to learn from a book (or a blog) because there are subtleties of context that really only come from real-world experience and time spent with a mentor (ie: your grandma continuously reminding you to “keep your elbows off the table, honey.”)

While different regions will have different customs and codes of conduct, there are a pretty definitive set of guidelines for how to behave in the backcountry which have evolved both for the safety of everyone out there and the protection of the environment itself. Popular hiking and biking trails in the Coast Mountains will see thousands of people each summer so what might seem like an inconsequential action can quickly become a problem when scaled up. 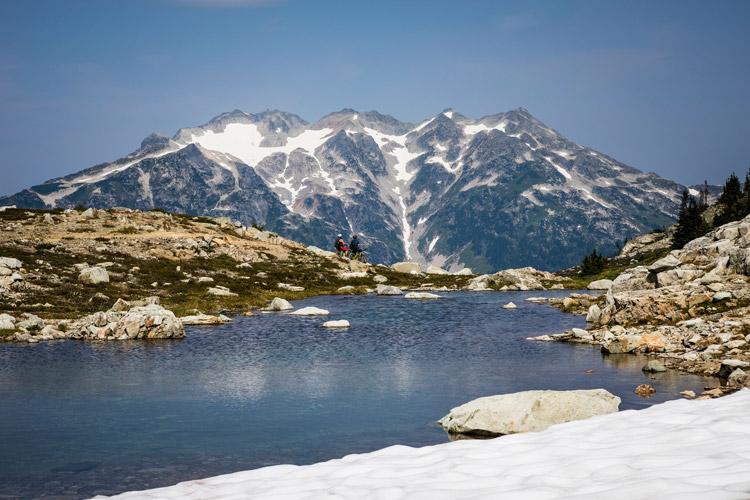 With that in mind The Whistler Insider presents a list of easy to follow Backcountry Etiquette Tips. It’s all about playing by a few simple rules, showing a healthy dose of respect for both people and the place you came to see and enjoying the freedom of the outdoors.

If you pack something into the backcountry, you should also pack it out. Many believe it’s ok to leave food scraps because, “It’s organic and totally compostable, man.” Wrong. Besides the fact that food attracts bears, many things will not decompose as expected, especially in the alpine. Orange peels left at high elevation will still be there next spring. Leaving nothing behind also means not damaging fragile ecosystems, if there is a trail stick to it.

OUTSIDER CODE: Whistler is the unceded and traditional territory of the Sḵwx̱wú7mesh Úxwumixw and Líl̓wat7ul which means, you may come across culturally modified trees or harvesting and foraging areas. Do not replicate if you are untrained and it’s not a part of your cultural practices. 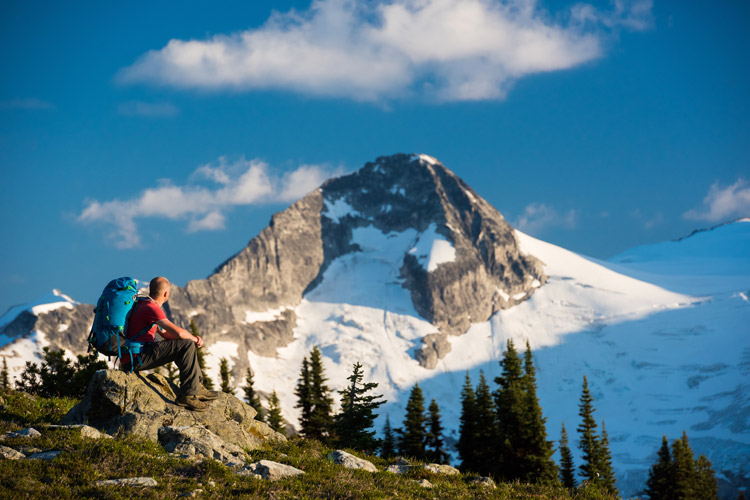 Leave it Better than you Found It

This is a continuation of the last tip, and it’s especially useful if you are camping or hiking at a popular spot. Often, less conscientious parties will have forgotten something behind: a piece of foil, a wrapper, an orange peel… Legit backcountry enthusiasts will always have an easily accessible garbage bag on hand (a large ziplock works great) to help keep the backcountry pristine. (Sadly, there is no team of twinkling Scandinavian mountain gnomes that scurry out at night to clean up the alpine. It’s on us.)

It’s against the law to remove anything at all from a Provincial Park (so put that dinosaur leg bone back sonny!) but this ideology should at least enter you mind in any pristine wilderness environment. That nice rock or cool knotted stick is amazing, yes, but chances are after you lug it home and put it on the mantle your wife/husband/parents will nix the idea anyhow. Cherish the outdoors outdoors, and leave things as you found them. 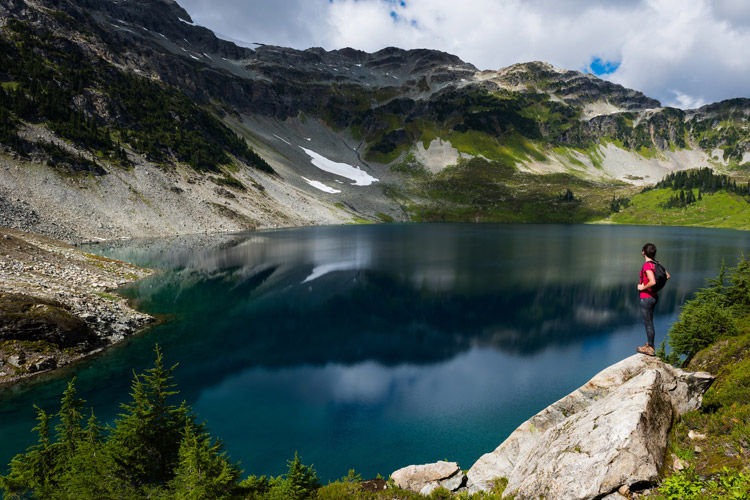 Be Mindful of Current Conditions

Here in British Columbia we’re not afraid to go adventuring when it is hot, cold, dry or wet. However, traveling in the backcountry under less-than-Instagram-perfect conditions comes with different responsibilities. Has it been raining for a week? Best to leave the alpine biking trails alone, as riding in wet conditions can damage the trails. Mid-summer in forest fire season with a high fire danger rating? Take particular care to extinguish (and remove) cigarette butts and be respectful of campfire bans – forest fires are no joke, and it only takes one spark in the right conditions. High avalanche danger? Might not be the best time to bag that steep line you’ve been dreaming of. Trust us, the mountains will be there another day.

Hiking, biking and general outdoors-ing is more popular than ever so you will likely see other people out on the trails. Sure, many of us head into the hills for some peace and solitude but there are plenty of views and moments for everyone to enjoy so just smile, be pleasant to each other, and go about your merry way. Remember, this is a mountain environment where weather can move in quickly and a casual stroll can get very un-casual very fast. The biker you pass might have the tube that saves you a long walk home and that family you shared a short conversation with at the viewpoint could be the people who save your life. Act accordingly. 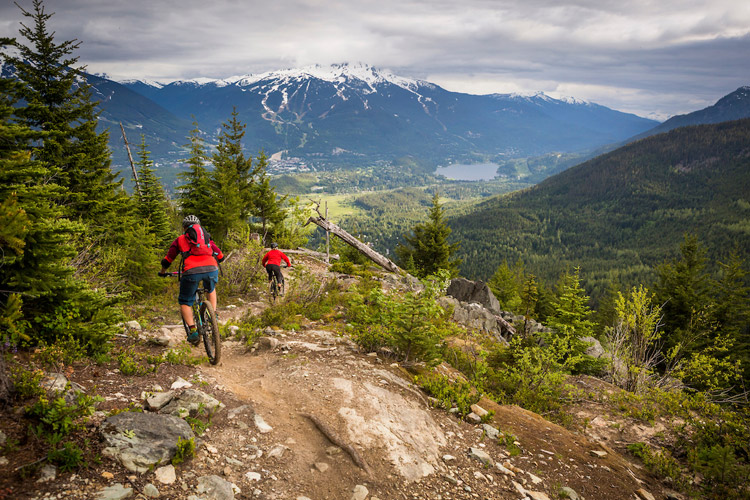 No One Left Behind

If you want to avoid problems the rule for the backcountry is to travel at the pace of your slowest team member. If everyone is together you can help each other if something happens (A sprained ankle is scary when you are behind the pack and all alone.) If someone is moving really slow, offer to carry part of their load, or split the team into two groups. Leave no one behind.

Most of the hiking trails in Whistler are really well marked with fluorescent trail blazes (or a super defined trail) but on less travelled terrain hikers and mountaineers often use the ancient technique of building cairns or Inukshuks (piles of rocks) to mark the correct and safest route of passage. As such, if you see a pile of rocks, don’t knock it over! (If anything, add to it.) Conversely, please refrain from building random Inukshucks in backcountry areas where they are used to mark the trail to keep communication clear. (If the trail is well defined, a trailside Inukshuk won’t hurt though, check this blog for details). 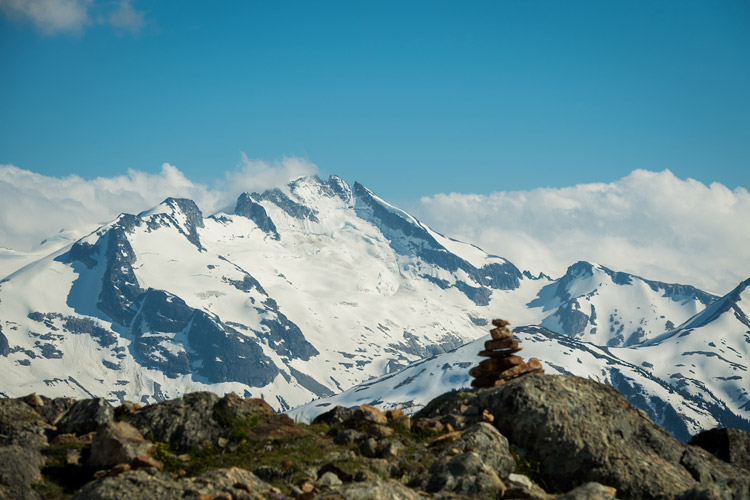 It’s part of life: nature calls, even when you are out in nature. And nothing can destroy a beautiful piece of backcountry paradise like dog “landmines” or numerous piles of toilet paper and poo. But with a bit of common sense it can all be avoided.

Hey Hollywood. Turn off the music, get off your phone. You’ll miss the best part of being out there!

We’re incredibly lucky to live and play here – let’s show we know it and take care of the trails and each other. For more information on outdoor recreation around Whistler, check in with Whistler.com. 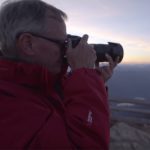 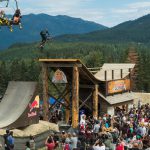