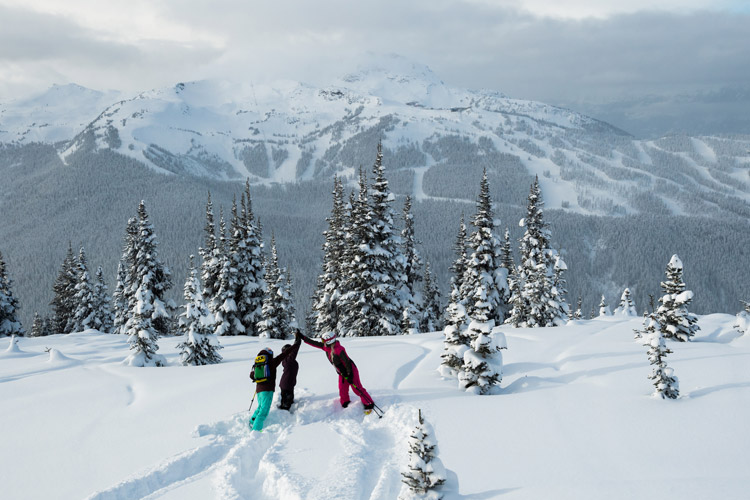 When Whistler Mountain closes this Sunday, it will mark 152 consecutive days riding for Creekside snowboarder Jon V. That’s every single day of the season, in a row, with no breaks.

“My buddy Chili was battling cancer and the last time I saw him was the day before opening day,” Jon says. “It started dumping the day he came to town for his last visit so I told him I would shred as many days as I could for him. I figured I’d do the whole month of December or something but we had so much pow and after day 40 everyone kept encouraging me to keep going. The days started stacking up. After a while I started thinking, ‘why not do the whole season? Bell to bell?’” 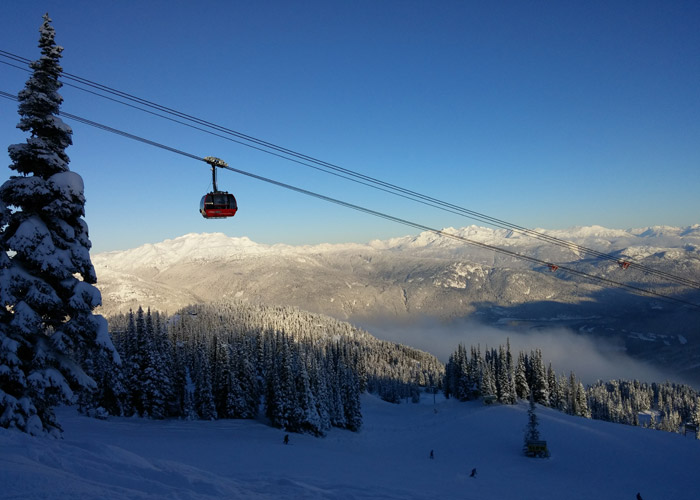 An admirable goal but in the digital era you can’t just do something awesome, you have to be able to prove it.  Jon was able to easily track his days riding (plus how much vertical he amassed and from what lifts) via the WB+ feature on the Whistler Blackcomb App.

The WB+ program started three seasons ago but this year saw record participation as skiers and boarders began to find the fun in tracking their action. 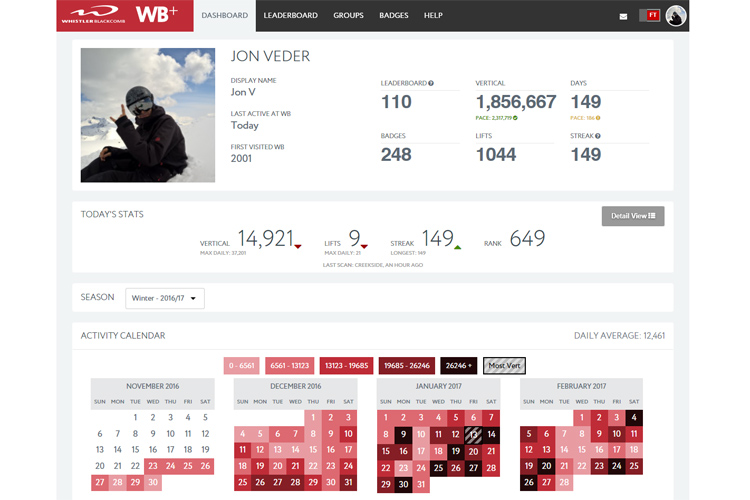 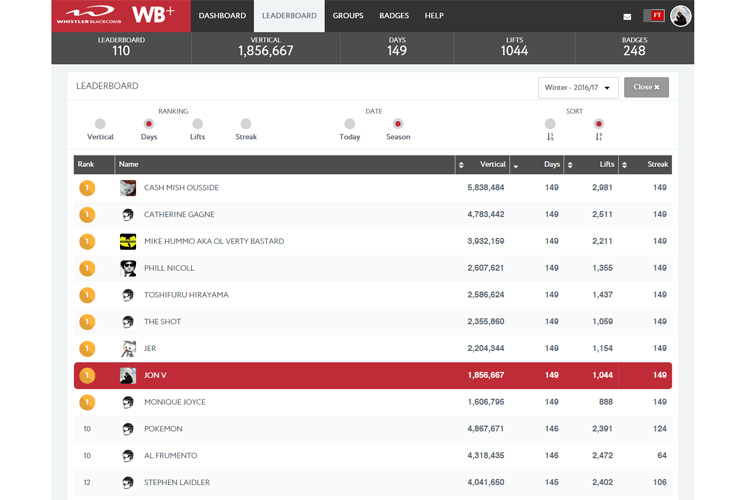 “It’s definitely getting people out for more days,” says Yolanda Foose, Whistler Blackcomb’s resident WB+ expert. “More days and a lot more vertical. It’s crazy how much higher the vert totals are this year than last year. Not everyone is competitive about it but for those who want to be, it’s a serious race.”

So serious, the Canadian Broadcasting Corporation ran a nationwide story about the race to bag the most vertical feet this year. (As of this writing the leader, Vertbag, has logged over 7 million feet).

It isn’t all about vertical however. Whistler Blackcomb also incorporated achievable badges to appeal to all skill levels. “We got creative this year,” Foose explains. “There is a badge that you can only get by riding the Catskinner, Olympic and Magic chairs five times each in a single day. These are really old, fixed-grib chairs and it takes all day, but people do it because it’s a fun challenge for the day.”

“I think I won a Six-Pack badge today for riding 6 laps on Harmony,” Jon V says, “but for me it’s definitely quality over quantity. It’s cool how people are getting so into the race for most vert but for me it was just riding pow, having fun and grabbing life by the balls—like Chili did, like so many of the fallen homies did.  One of my best days this winter was just sessioning a kicker with friends for five or six hours then watching the sunset. I didn’t log much vert at all.” 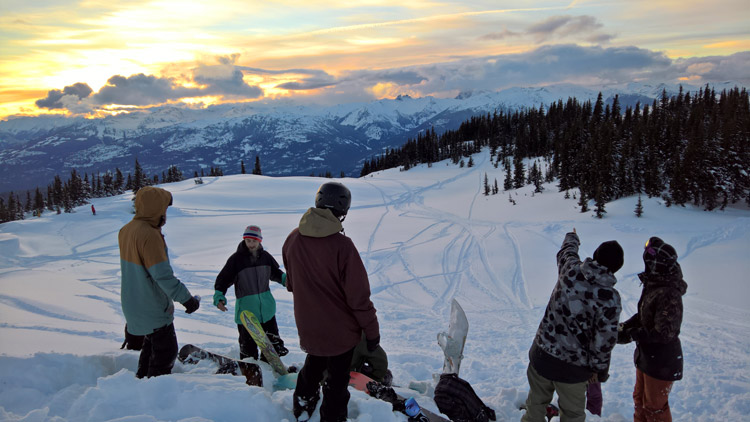 Jon admits there were days during his streak where it was harder to get to the hill and he had a super mellow March while nursing a leg injury. But he was among the first in line at the Creekside gondola more often than not, and the experience has changed the way he looks at his favourite sport.

“This year we had so much pow, it’s still puking in late April but here I am on Day 148 and I’m not in a rush. I’ve lost that aggression I used to have where I wanted to battle to get to the goods first. The goods are everywhere and I’m here every day, I just enjoy it more.” 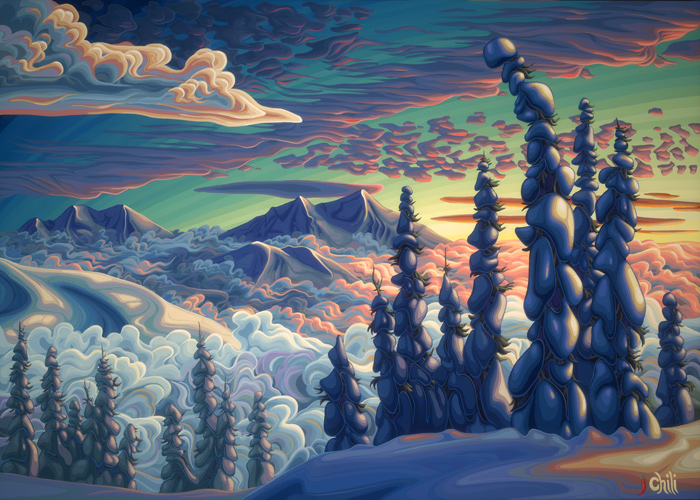 Jon’s previous longest season ever was 84 days (his longest streak was 10) and he says part of the fun this year has been connecting with other locals out logging their own WB+ streaks or pushing their own limits. “There are some incredible people in this town,” he says. “And doing this has taught me to appreciate how lucky we are to have such a wicked playground and how much fun there is to be had on all the different terrain. This year I was inspired by my buddy Chili and I feel like I delivered a solid season. Life is really short and you gotta get off your ass and get outside, especially when you live across the street from the Gondola.”

The kicker for a Creekside local like Jon is that while Whistler closes this weekend, on the other side of town Blackcomb will remain open until late May. And the lure to ride every day for the entire Whistler Blackcomb season is strong.

“I’m probably going to have to find someone to carpool with,” he admits. “If I can do the full season bell to bell then that will probably be the greatest Gaper Day ever.” 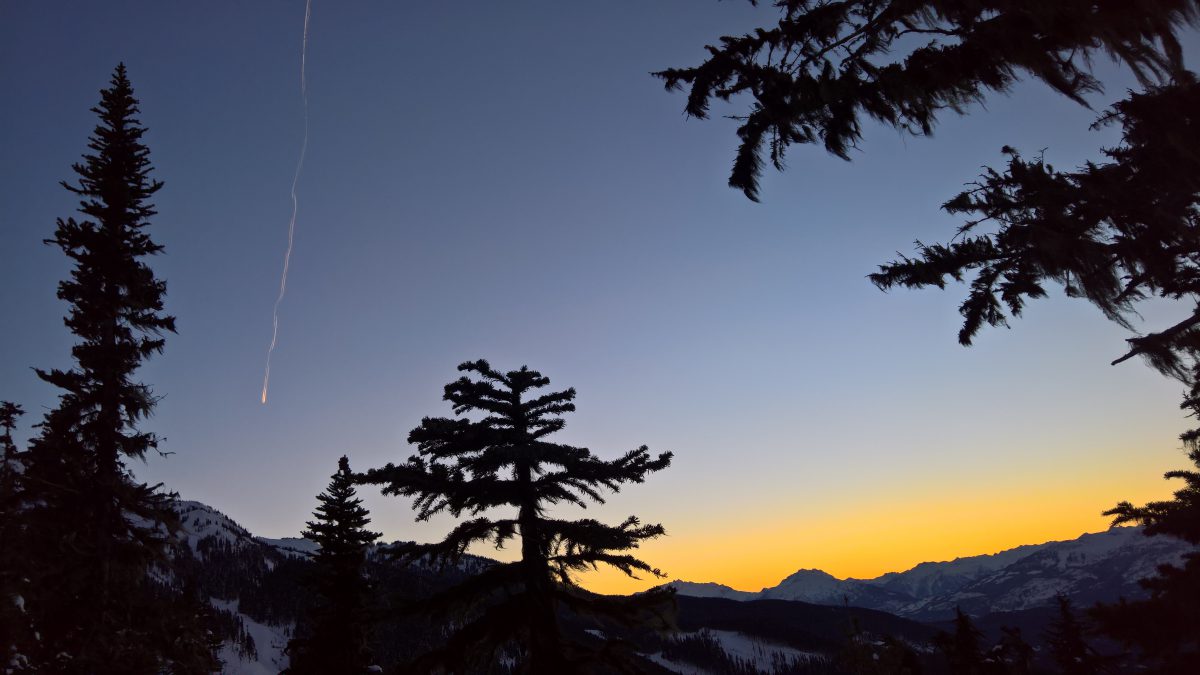 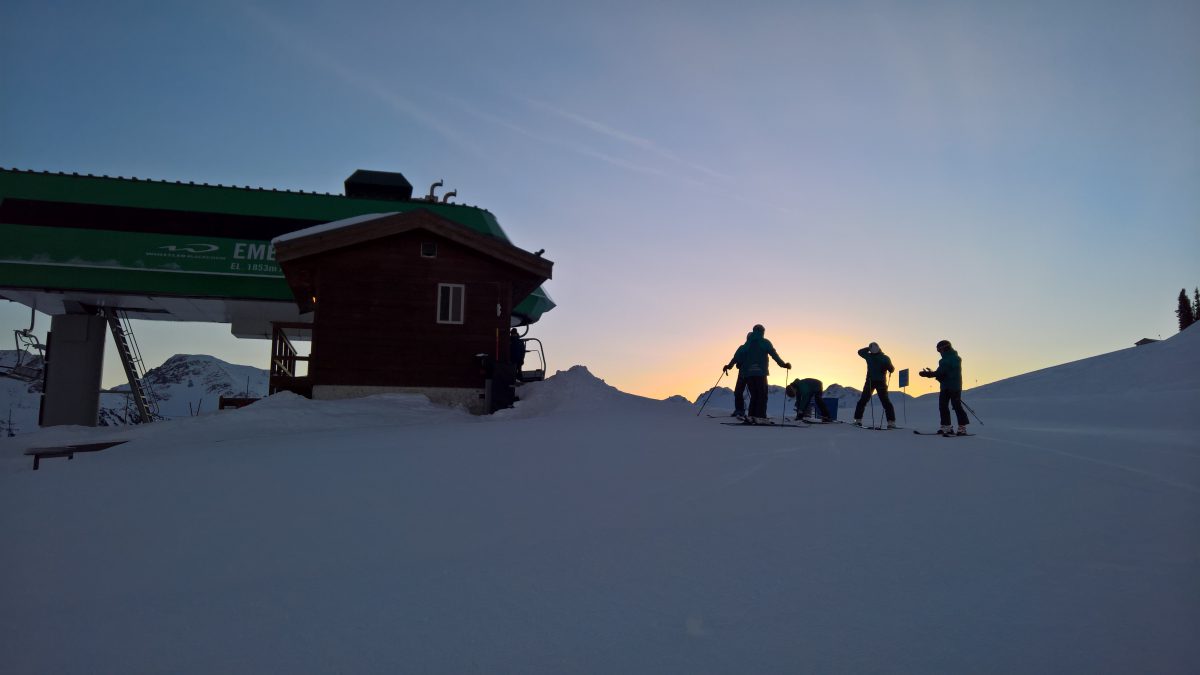 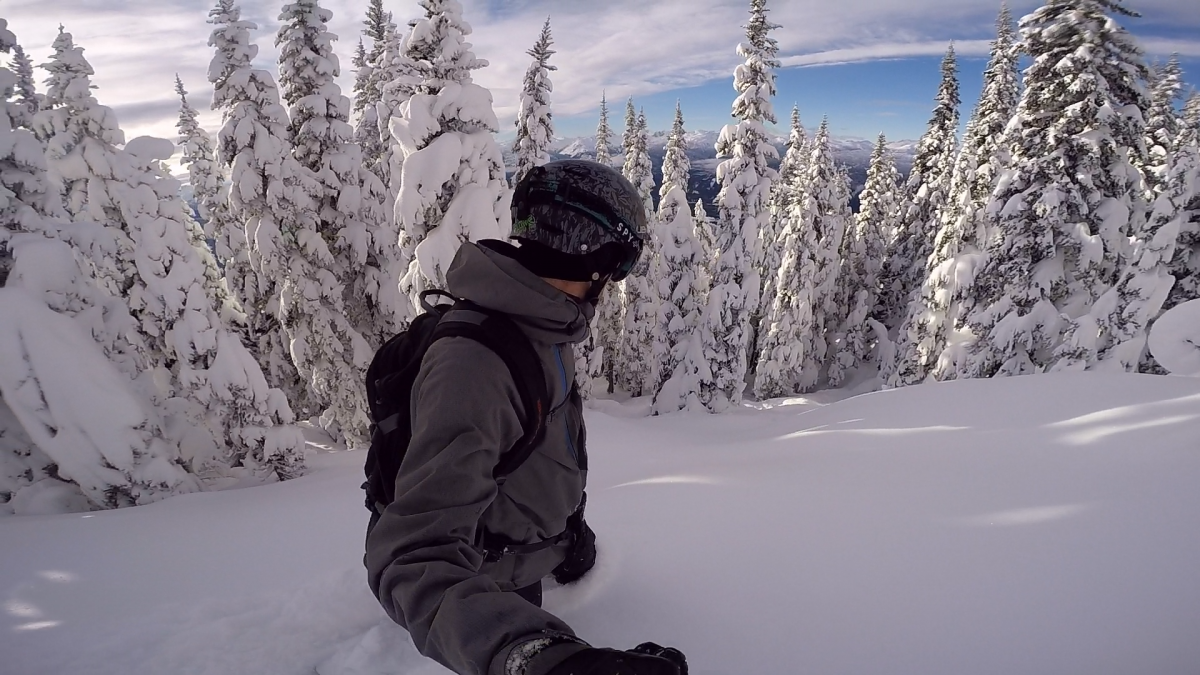 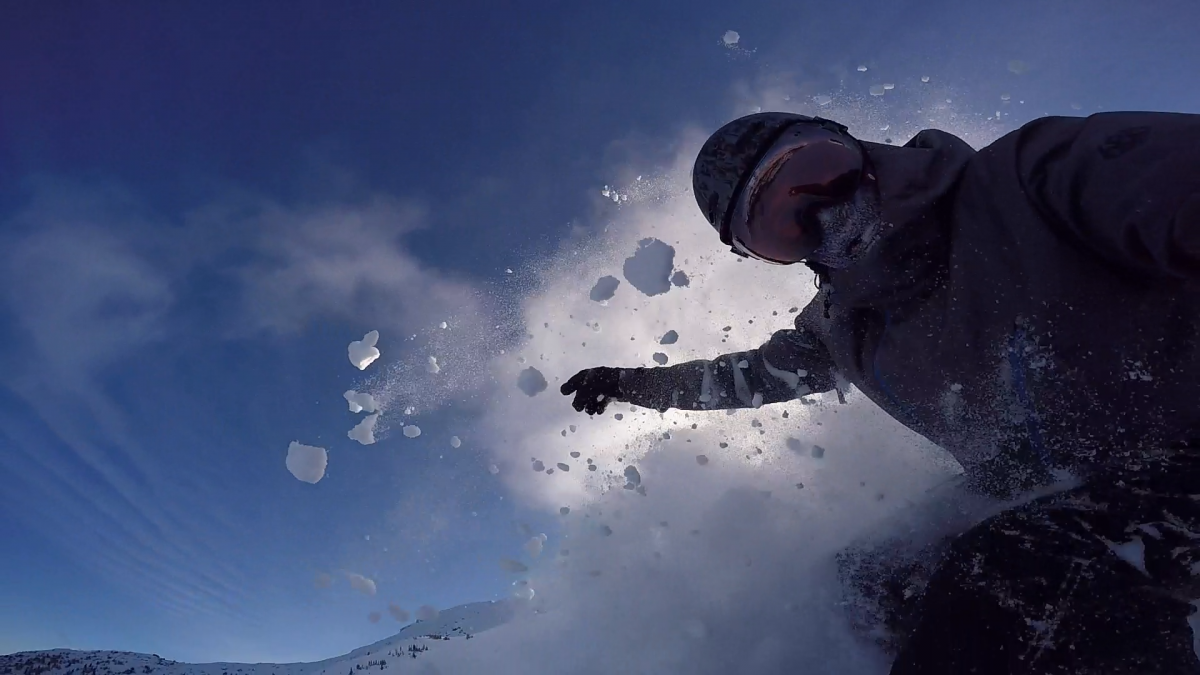 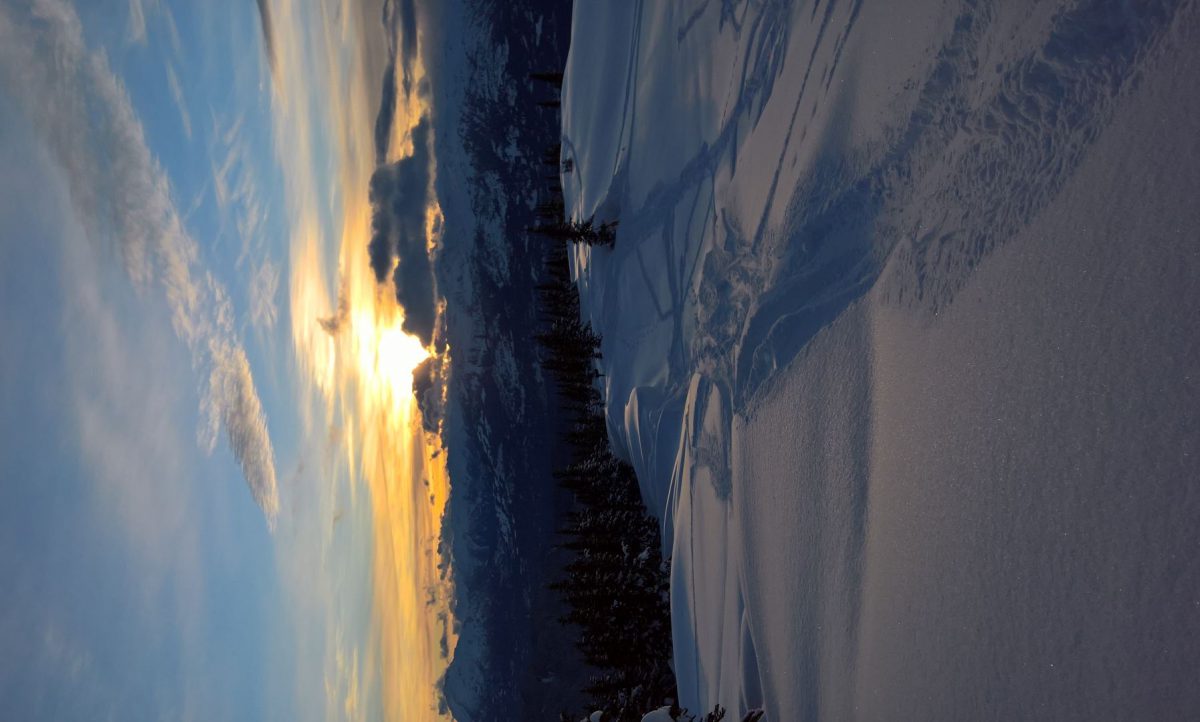 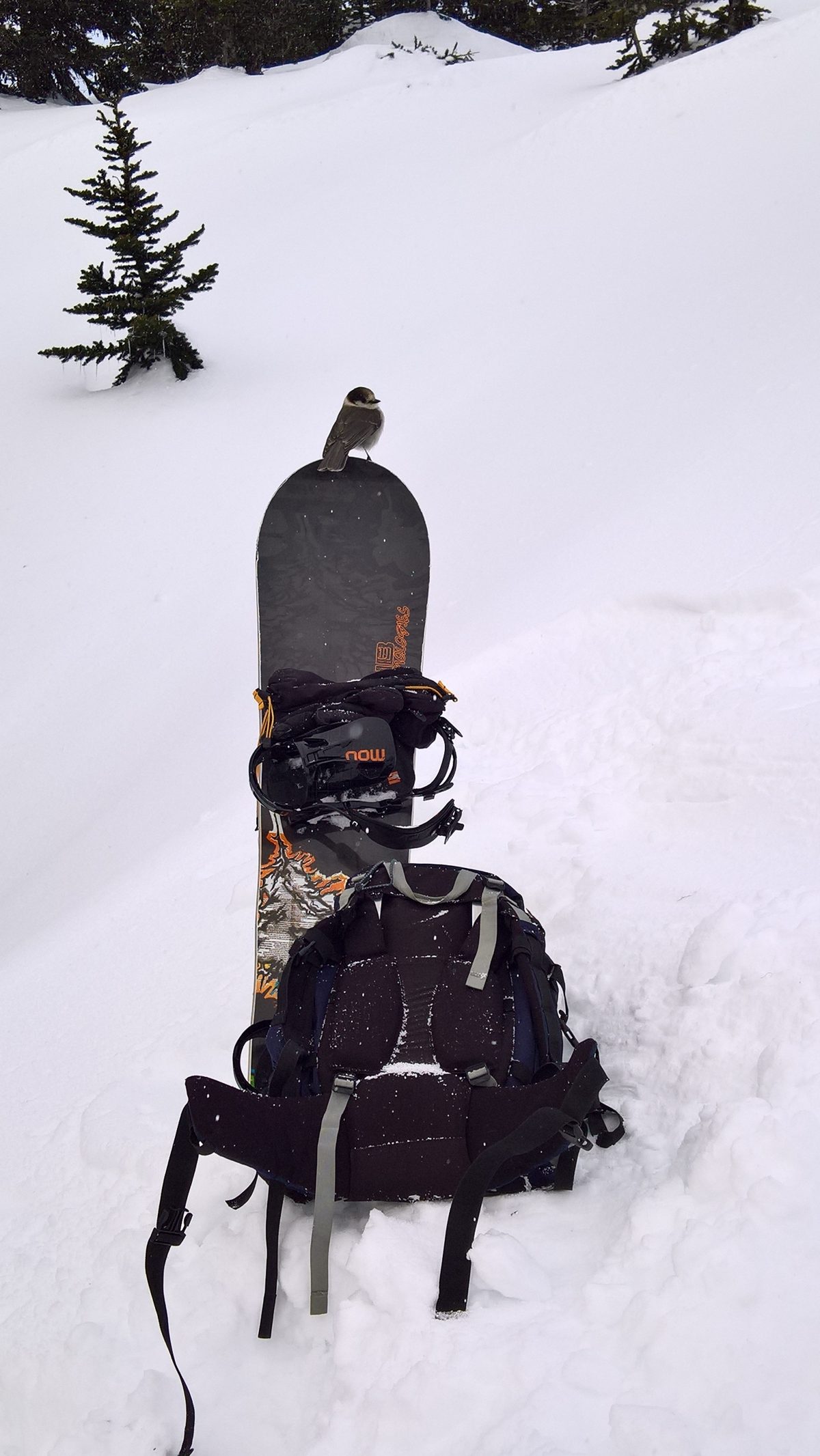 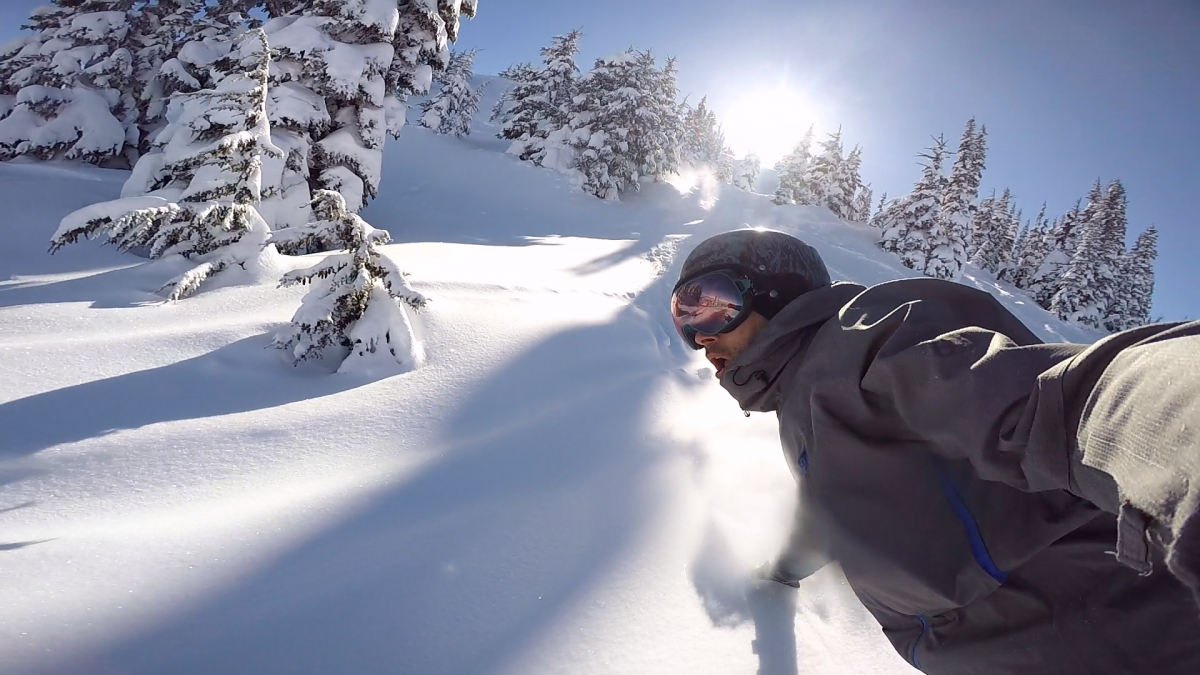 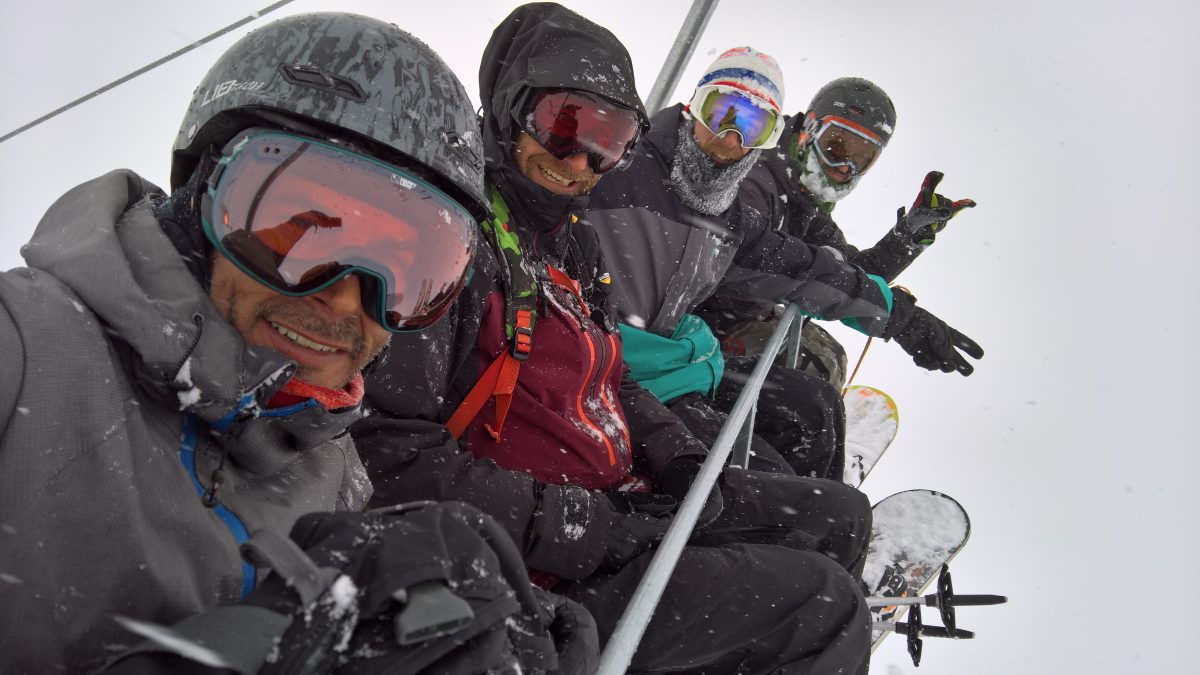 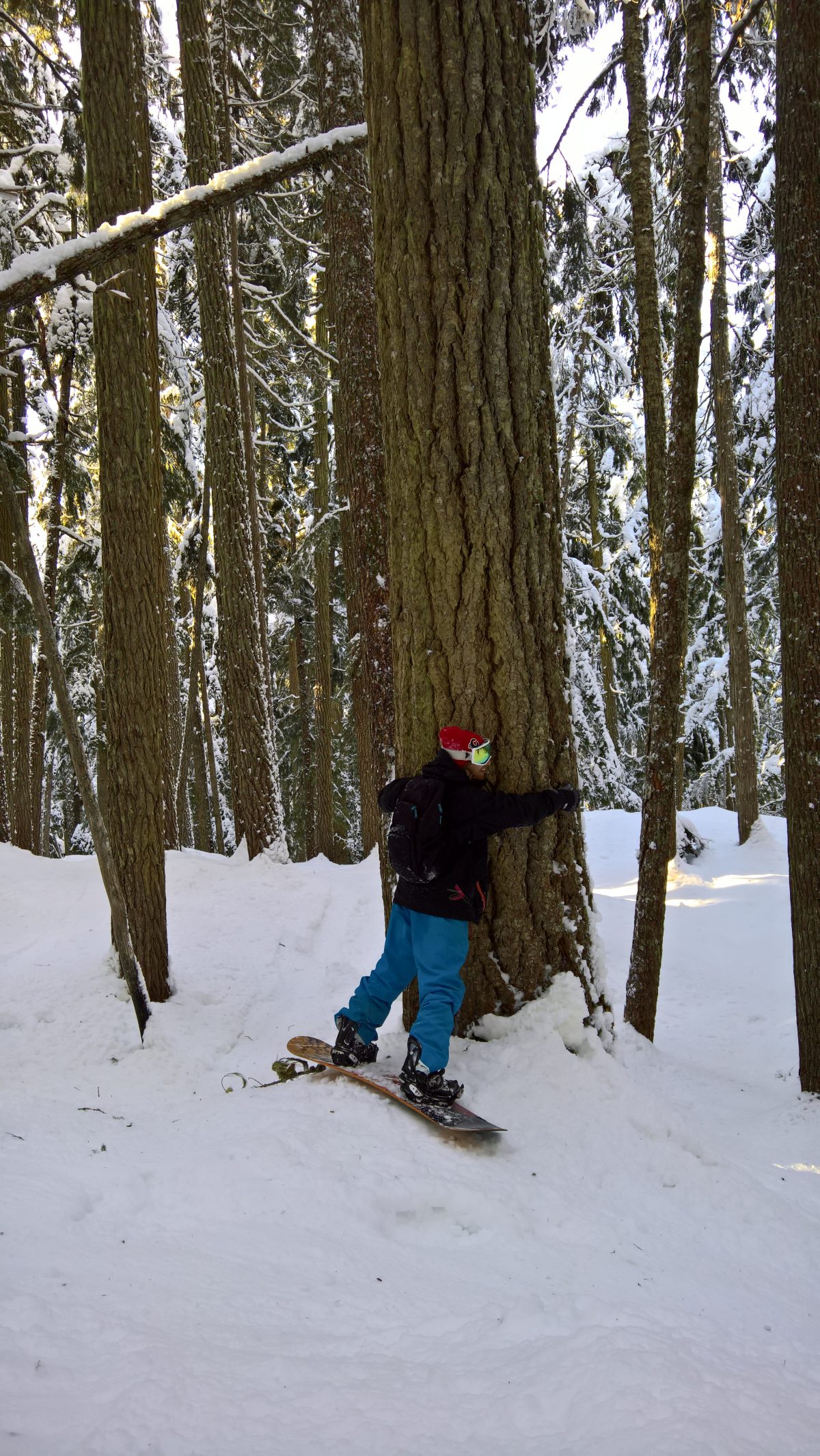 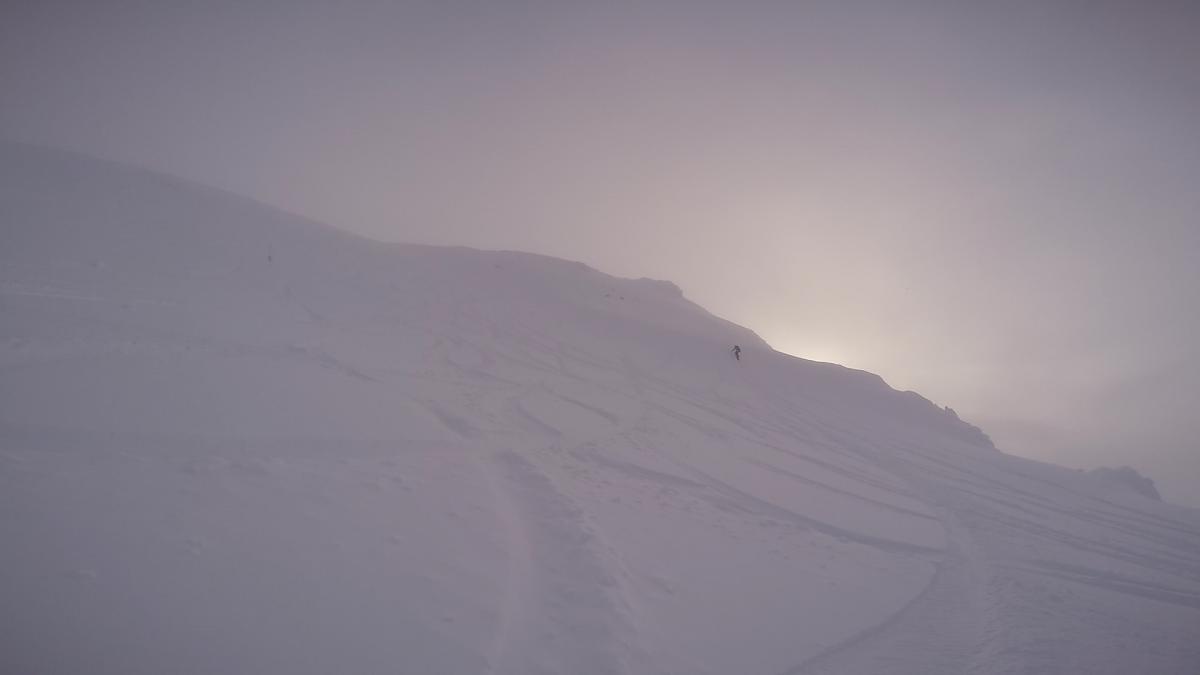 Quality or quantity? The choice is yours. Learn more about Chili at the upcoming celebrations of The Chili Thom Experience to be held throughout Whistler in June. And for your ski and riding info, visit Whistler.com. 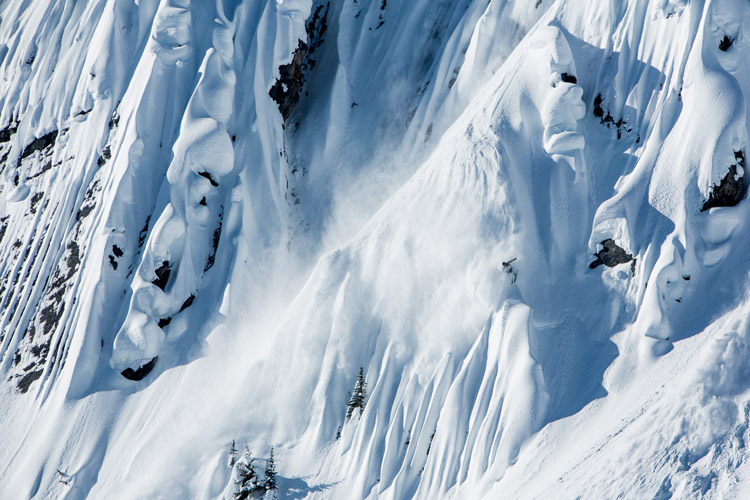 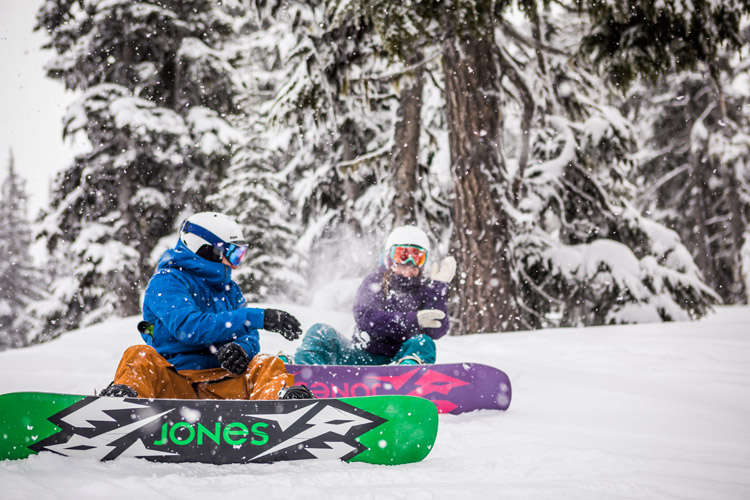 Whistler Tips: How to Ace the First Day of the Ski or Snowboard Season 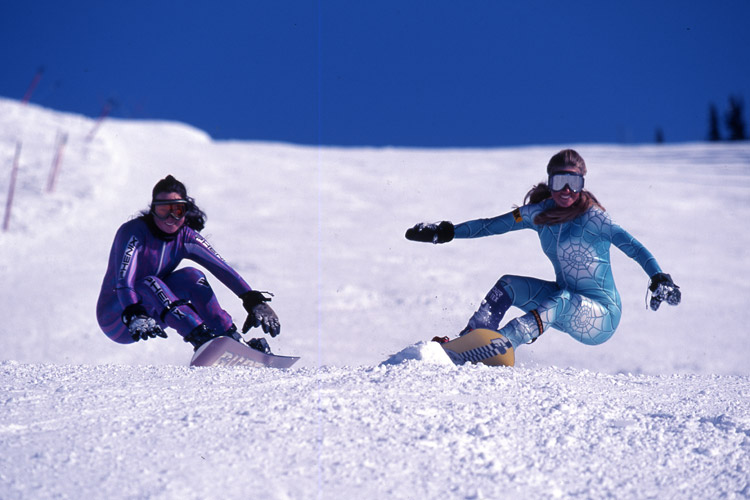