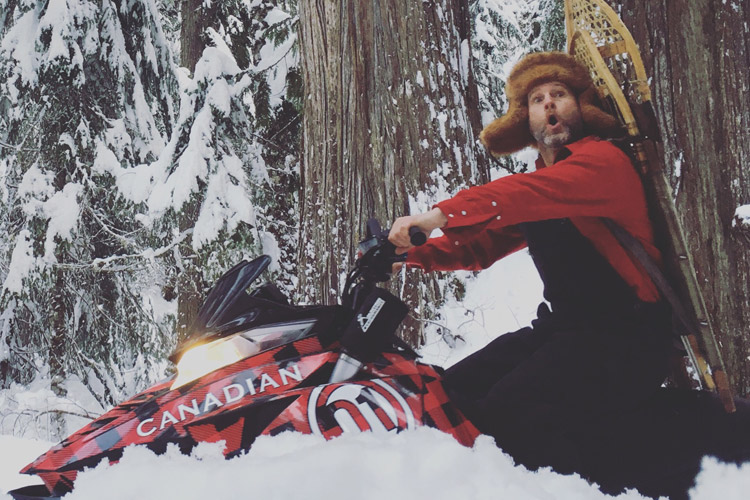 Out of the Wilderness: Canadiana Man Speaks

Canada celebrates its 150th birthday this year, and while the official party is set for July 1 (Canada Day) Whistler is known for its ability to stretch out a good shindig out as long as it takes.

In fact, rumours have already been circling in the winds about a true Canadian mountain man who arrived earlier this winter to start ramping up for the celebrations.

Canadiana Man is a rugged outdoorsman living in the forests near local tour operator Canadian Wilderness Adventures and with his lumberjack’s gait and straight-simple approach to life, some are claiming he is the last great Canadian outdoorsman, a throwback to the early days of our nation.

We caught up to the man himself for a little chat on what makes Canada awesome and why Whistler can totally get away with a full-calendar birthday party.  Or at least that was the plan, Canadiana Man is an interesting chap. See for yourself:

Insider: Hello Canadiana Man. This year is Canada’s 150th birthday, what does that mean to you?

Canadiana Man: Well I don’t really believe in birthdays. Mostly because I don’t know when mine is.

Insider: But you will celebrate the birth of your nation, right?

Insider: Some say you are the last of a historic breed, what makes a great mountain man?

Canadiana Man: It’s true, I’m a legend. And I have a really nice beard.

Insider: Surely it takes more than beard though. What are three things every Canadian should do more of?

Second, everyone should put maple syrup on everything–this is Canada right, show some pride! Plus it makes everything taste better, especially pinecones.

And finally, everyone should get out into nature more. We’re losing touch of what makes this country what it is. Take a dog sled tour, ride a snowmobile, snowshoe into the backcountry. Just get out there and breathe in some wilderness.

Insider: What part of Canada do you come from originally? How long have you been living in the Whistler area?

Canadiana Man: I was born in a wolf den.

Canadiana Man: I don’t know so much about books, but my parents were out snowshoeing when my mom went into labour and the wolf den was the closest warm place to give birth. My old man had to chew through…

Insider: Ok, yes. Got it. But now you are here in Whistler. Tell me about that?

Canadiana Man: Well my goal now is to have my home with me wherever I am so I’m just finishing inventing something called the “mobile cabin.” It has all the luxuries–bed, chimney, water bucket– and it’s the greatest invention ever. I actually used to get lost a lot, now I can just always be at home. I build it on a snowcat, now I just need to get that running and …

Insider: Is Whistler the most Canadian town ever?

Canadiana Man: I’ve heard of these things…towns. They sound nice… Yes, I think Whistler must be.

Insider: What are the three most Canadian experiences a person can have in this area?

Canadiana Man: Wrestling a bear over a fish. Falling out of a canoe and being chased by a beaver. And taking a tour with Canadian Wilderness Adventures. Tell em I sent ya!

Insider: Beavertails are a classic Canadian treat, have you ever had one?

Canadiana Man: I have had this thing called a beaver tail, it was most definitely not a beaver’s tail. But it was still pretty good.

Whistler Insider: It’s kind of like a donut though right? What’s more iconically Canadian, a donut, a Caesar, or Beer?

Canadiana Man: I’ve never hunted donuts before so how about it’s a tie between the other two.

Insider: Very diplomatic. What are your thoughts on the metric system?

Insider: Who is more Canadian, loggers or prospectors?

Canadiana Man: They are both just in it for the money.

Insider: Do you have any friends?

Insider: Why do they call it the Great White North?

Canadiana Man: Because it’s great to be here? Again, I’m not very good with book-learning.

Insider: That does seem to be the case. Last question, what is the most important thing everyone should bring if they are coming up to Canada this year?

Canadiana Man: Bring a telephone so you can call Canadian Wilderness Adventures. Or maybe one of those new “intelligent” phones so they can go to Whistler.com.

Insider: Hey, pretty good. But aren’t you forgetting something?

Keep up to date with Canadiana Man’s adventures here (he’s surprisingly You Tube savvy) including dating advice that’s hard to beat. And you can find plenty of wilderness around Whistler year-round – just ask the folks in plaid over at Whistler.com. 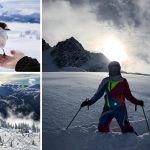 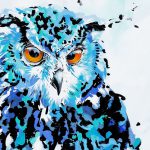