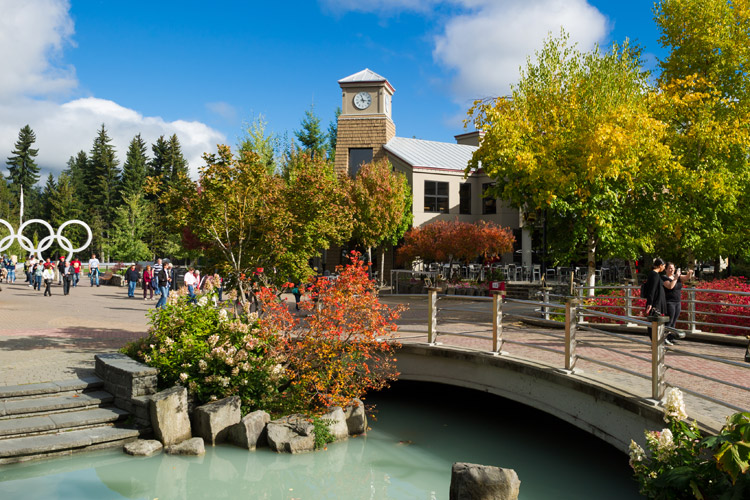 Whistler’s Masters of Craft Beer: Derrick Franche of The BrewHouse

The annual Whistler Village Beer Festival may have rolled out the kegs for another year, but there’s always a pint or two to be had in town. Whistler’s three breweries – The BrewHouse, Whistler Brewing Company and Coast Mountain Brewing – easily held their own against the other 60 breweries at the festival, with each local tent attracting sizeable crowds keen to try the offerings.

As jobs go, making beer is every bit as cool as it sounds. It’s also a lot of hard work behind the scenes, a calling that constantly challenges you to learn more and experiment with new things to keep the growing legions of beer lovers happy and hoppy.

In this three-part Whistler Insider Series, we’re talking to our local brew masters about beer, the craft beer scene, and what’s on tap in the near future. Because with three local breweries to choose from in town, every day is a beer festival here.

Brewery: The BrewHouse
Location: Whistler Village Stroll by Olympic Plaza
Number of Years on the Job: 17

DF: Like a lot of other brewers, I started out a home brewer. In high school I figured out you didn’t need an ID to buy a bag of barley. When I went to college I started taking chemistry, which is really something I got interested in from making my own beer. I never graduated though – I got offered a brewing job in Victoria while I was still in school and that was that. It’s been 17 years, so I don’t think I’m going back.

I’ve thought about getting my Masters of Brewing Certificate, but you don’t really need it to brew craft beer – it’s more important if you were going to work for Heineken or Molson, and have to brew big batches of the same beer over and over. I’m happier making smaller batches, or weird, esoteric beers for our customers.

DF: I really like my job at The BrewHouse because I have complete control. Other brewers might be given a recipe from someone in charge who will tell them exactly how to make it every single time. I get to make beer the way that I like to make it, and as long as it’s selling the boss lets me play around.

DF: Brewing is all about cleaning. Nine out of the 10 things I’ll do in a day is some sort of scrubbing job. That’s a side of the business nobody sees. Really, your reputation is only as good as the last beer you served, and if you want it to taste good you need a sterile environment.

Insider: How would you say customers and the industry are changing? Are customers more educated?

DF: There was a time when people didn’t know what an IPA was. Now every brewer has to have one because people want it. And we go through it so fast that we have sometimes run out for a day or two, and I get slack for it. There’s really no substitute.

We get a lot of American tourists, and while we tend to think of them as the Bud Light Lime crowd they really have one of the most dynamic beer scenes in the world, and they go out of their way to try new beers – and they always want to try the IPA.

The BrewHouse patio catches the sun on a warm fall day.

Insider: What beers are you proud of?

DF: I think my IPA is the beer I hang my hat on. I won at the BC Beer Awards in 2012 and 2014 for my 5 Rings IPA, and I’ve been working on that recipe for over the last 10 years. It’s the one that wows the beer nerds that come through here. When it’s hot and sunny I might go for something light and dry, or if it’s a cold day I’ll go for something stronger or darker, but IPA is my go-to.

DF: I had an ESB (Extra Special, Strong Bitter) for a little while but it was a bit of a dead dog for sales – it’s somewhere between an ale and an IPA, but people who liked IPAs would get IPA and ale drinkers would go for an ale. Not everything works, but I really liked that recipe. We also have an English Mild on tap, and a ginger beer.

One of the things I’m most excited about is the raspberry sour. Sours are all the rage right now. It’s a bit of an acquired taste, kind of like coffee. But like coffee the people who hang in there and try it a few times get hooked. I’ve also got a German-style wheat beer, which people seem to like in the summer, and a wheat beer spiced with orange and coriander. A Czech pilsner is also on the way.

DF: I don’t think we’ve reached peak beer yet, and to tell you the truth I’m not sure there even is a peak. If you look at what’s happening in Oregon, we’re probably 10 years behind them. There are more breweries every year – a new one opened in Whistler, another is opening in Squamish – and it keeps you on your toes. It can be hard as a brewer trying to figure out what will be popular three months from now, but in terms of choice it’s great for consumers.

What’s great about craft brewing is how collaborative it is. Breweries are collaborating on more beers, and the brewers like to get together and roll ideas back and forth. We’re all keen to innovate and keep people on the edge of their seats.

Stay tuned for parts two and three of our series when we talk to the brains behind the brews at the Whistler Brewing Company and Coast Mountain Brewing. Check out the Whistler itinerary from the newly launched BC Ale Trail and find a patio serving craft beer near you on Whistler.com.

Winter is coming – drop into the cozy BrewHouse for a pint of the seasonal ale and a wood fired pizza. 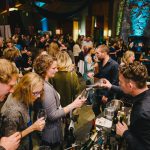 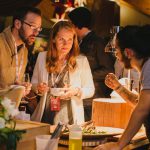