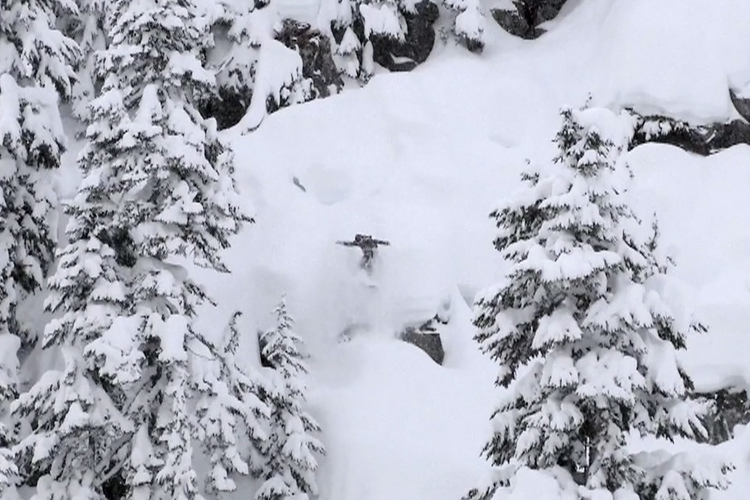 Much has been written about the addictive qualities of riding big fat coastal snowpack pillow lines in the Whistler backcountry but that doesn’t stop Whistler shred legend Leanne Pelosi from extolling their greatness one more time, while also acknowledging the dark side of pillow perfection.

“Pillows just look so dreamy,” she says. “The way the snow builds and forms on the rocks looks so sick but standing on the top can be a bit scary because you never really know what is gonna happen. With cliffs you have an idea of where you will land, but on pillows… it can go awesome or it can go wrong.”

The video above shows mostly what happens when it goes awesome. To kick off her new Vision Airs web series with K2 Snowboarding and Runway Films, Leanne enlisted Whistler backcountry slayer Marie-France Roy to get out, rip some pillows and tap into that perfect gravity-induced time warp that the best Whistler area snowboard and ski lines can induce.

“It seems like everything just stops and goes silent,” Leanne explains. “And everything is in slow-mo… and it’s always a pleasant surprise to still be on your feet at the bottom. The great thing around here is there is never one feature that is the same year after year. The snow always falls differently and things stack up differently so there is never enough time to explore all the spots you want each season. There are a lot of lakes and rolly polly zones and the coastal snowpack makes it freestyle heaven.”

For Leanne, the early season is a chance to ride the ski hills and build strength. “I’ll be hanging in Whistler with my friends getting as many Peak to Creek runs as possible,” she says. “I’m also organizing a free all-girls avalanche awareness course as part of my next film project.”

Even after exploring the local backcountry for well over a decade Leanne says that it is important to refresh your avalanche safety skills as often as possible. “I think it’s super important. The backcountry is getting popular so it’s key to spread the awareness to as many people as possible. You need to be able to rely on your friends but it could also be someone you don’t know who needs help, or helps you.”

There are three more episodes of Leanne’s Vision Airs web series on her Runway Films Vimeo Page that will help you build that winter stoke and skiing in Whistler is set to begin November 22, 2014. Bring it on winter!

Leanne, out back. Chad Chomlack Photo

A Whistler backcountry ski or snowboard tour with a trained guide is a great introduction to the local backcountry but be sure to never venture out there without proper training and equipment. Have fun, ride safe. You can also book AST 1 avalanche training courses and find everything else you want to know about Whistler by contacting the experts over at Whistler.com 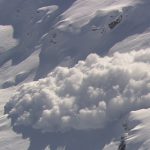 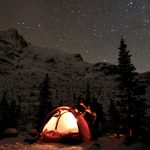 Adventures at the Snowline: The Perfect Winter Campsite