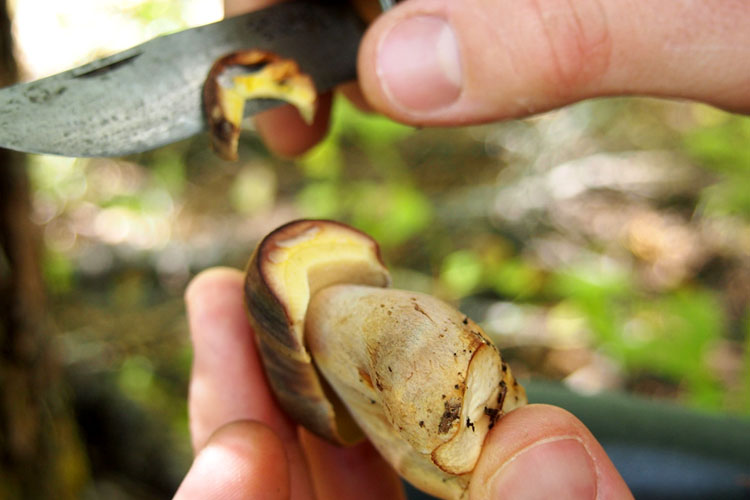 “The best way to find wild mushrooms is to look at the trees,” says Paul Moran, executive chef at Nita Lake Lodge and leader of the Foraging Class & Chef’s Dinner, Whistler’s newest (and coolest) culinary tour.

“Porcinis grow under spruce trees,” Paul continues. “Hedgehog mushrooms are only found in old growth forests while chanterelles only grow in second growth. Morels only grow the year after a forest fire.”

Paul bestows this wisdom as we bump up a dirt road in hopes of gaining enough elevation to find some good wild mushrooms after what has been an especially dry and sunny summer. A third generation forager, Paul and his fiancé Stephanie started Nita Lake Lodge’s Foraging Class in Spring of 2014 shortly after they arrived in Whistler. Paul has worked in top restaurants around the world and foraged everywhere from Italy to Mexico to Haida Gwaii. Even after only a few months in Whistler he and Stephanie have unearthed some great foraging spots.

“There’s a lot out there,” Paul says. “In the spring we focus more on edible plants and spring shoots. Nettles, wild ginger, Labrador tea, spruce shoots, plantain, devil’s club… In the autumn though, mostly we go after mushrooms. It’s a lot like a giant Easter Egg hunt in the forest.”

And who doesn’t love an Easter Egg hunt? As we trudge through the sunlit rainforest Paul points out particular areas to examine more closely—depressions that hold more moisture, zones with less underbrush, underneath fallen logs. “A lot of times you can find great stuff right on the side of the trail,” he says. “Hikers or animals will often transport spores from other areas.”

1. When in doubt, go without
Obviously you should never eat anything unless you know, for sure, what it is. There are good mushroom identification forums on Facebook and lots of books but going with an experienced forager is always the best.

2. Wear pants
Trudging through wet forest or thick underbrush sucks in shorts. Rain pants are good too, even when it hasn’t rained the autumn dew can make things pretty wet.

3. Double-knot your shoe laces
Huckleberry bushes can untie shoes faster than most five-year-olds.

4. GPS is your friend
It’s surprising how easy it is to lose your sense of direction when you are walking around in circles staring intently at the ground. Walkie talkies are also common equipment.

5. Hats
They keep spiders and insects out of your hair and protect from too much sun and/or rain.

6. Be aware of wildlife
Animals have been foraging since forever so you are definitely out on their turf.

7. AGAIN, when in doubt, go without
This one is really important.

Sure enough, we walk right into a patch of golden chanterelles. A few minutes later, by luck really, I discover a variety of bolete mushroom under a spruce tree. “Good work, that’s what it’s all about right there,” Paul congratulates me as he expertly slices a piece of the reddish mushroom cap for me to sample. It tastes like fresh air and healthy living.

There are over 3000 different types of mushroom in Coastal British Columbia so just venturing out on your own is daunting (and potentially dangerous) but sharing Paul’s experience in finding and identifying the mushrooms is only half the fun of the Nita Lake Lodge foraging classes. There’s also the Chef’s Dinner. After the 3(ish) hour foraging sessions Paul takes whatever bounty of the land he’s acquired and returns to the kitchens of Aura Restaurant to whip up a five-course meal he then serves to his fellow foragers. In an era when reconnection to our food sources is increasingly important, Paul’s foraging classes and dinner offer the perfect mix of outdoor adventure, traditional knowledge, and fresh, tasty cuisine. Best Easter Egg hunt ever, and definitely Whistler’s best new tour of 2014.

Foraging Classes start at 9 AM Wednesdays(weather permitting) and the Chef’s dinners occurr that evening at Aura Restaurant. The class and dinner is $70 per person but guests may do forage-only for $30 or just dinner for $50. Hit up Nita Lake Lodge or call 604-966-5700 for more info. 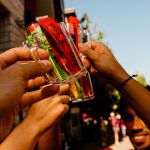 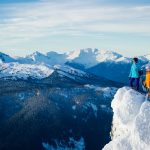