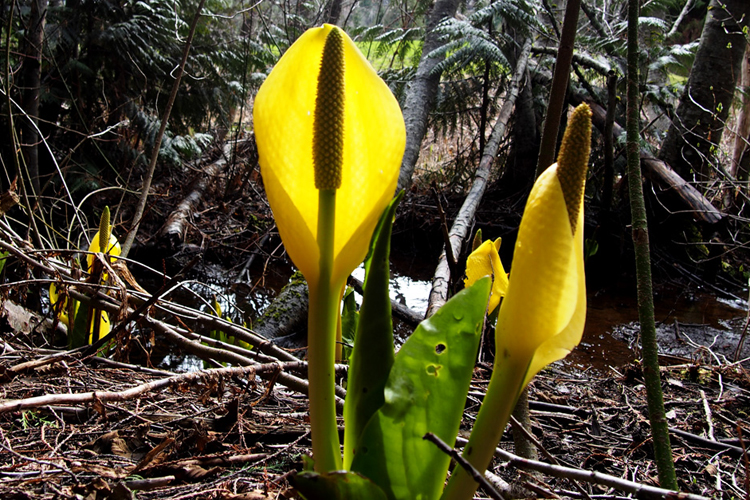 “What’s the deal with Skunk Cabbage?”

It sounds like something Jerry Seinfeld would say but driving, riding or walking almost anywhere in the Sea to Sky corridor these days you can’t miss what botanists refer to as Lysichiton americanus – those distinctive yellow flowers poking up like alien beacons and beginning to unfurl in every swamp and low-lying soggy area. It’s also difficult to miss the pervasive skunk-like odour. Spring in the Coast Mountains means Skunk Cabbage is almost everywhere, unavoidable—as if we’ve descended into a strange kingdom ruled by a large green plant squatting on a brown mat. A botanical Jabba the Hutt.

And while we aren’t exactly ruled hereabouts by this harbinger of spring, we’re all pretty familiar with the plant whose leaves are the largest of any native species in the region. Some of us even find the funky miasma it emits to be pleasant. Which is probably why Whistler townies once tried to elevate the lowly “swamp lantern” to some kind of officialdom. 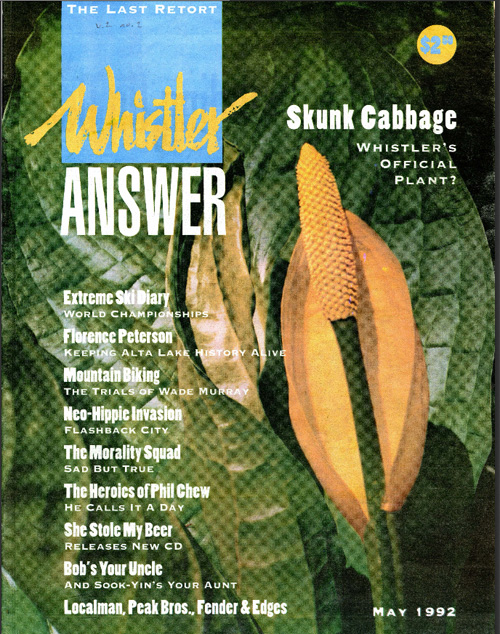 In Volume 2, Issue 2 of the venerable Whistler Answer, May 1992, the rhetorical question of whether Skunk Cabbage was Whistler’s official plant dominated the cover. The story inside—replete with song lyrics mentioned that the Alta Lake Botanical Society was agitating to have the odiferous but “noble” Skunk Cabbage declared as Whistler’s municipal plant.

A call to Whistler Municipal Hall yesterday confirmed that this never happened and, so far as anyone in the landscaping department knows, Whistler officially remains without an official plant. Which isn’t to say we don’t celebrate the sudden explosion of bright colour  that the plant offers, not to mention its ecological function.

The distinctive odor attracts the scavenging flies and beetles that pollinate the plant. While some unenlightened folks in B.C. consider the plant to be a weed, on the other side of the world British and Irish horticultural societies hand out awards for its cultivation. That distinct Skunk Cabbage odour also attracts bears out of hibernation and its roots offer them a springtime food that serves as a laxative or cathartic (it contains calcium oxalate crystals, which result in a prickling sensation on the tongue and throat, and intestinal irritation–although this irritation can result in death if Skunk Cabbage is consumed in large quantities).

The plant was used by indigenous people as medicine for burns and injuries, and to cure sores and swelling. Because of the danger of undercooking or overconsumption it only became food in times of famine, but the large, waxy leaves. which have a spicy/peppery taste were often used to line berry baskets or wrap salmon and other foods being baked in a fire.

So what’s up with Skunk Cabbage? Well, it’s either well into spring bloom or coming soon to a swamp near you. Get your cameras ready because, to coin another infamous Seinfeld quote, “They’re real—and they’re spectacular.”

Learn more about Whistler’s incredible flora and fauna, or book a trip to see it for yourself, at Whistler.com 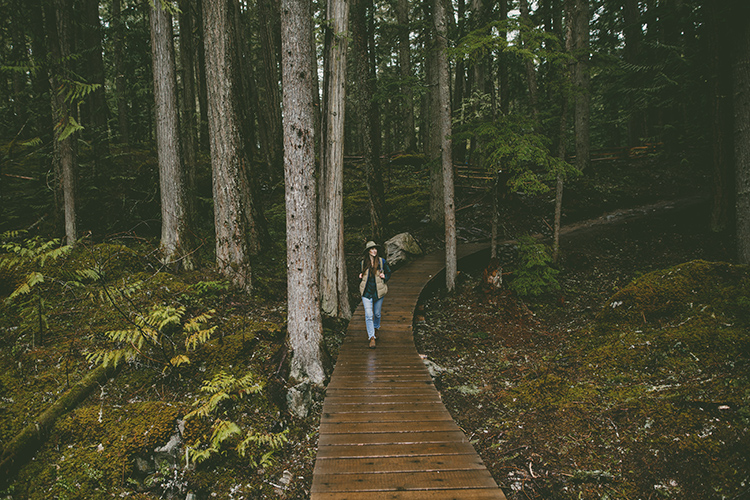 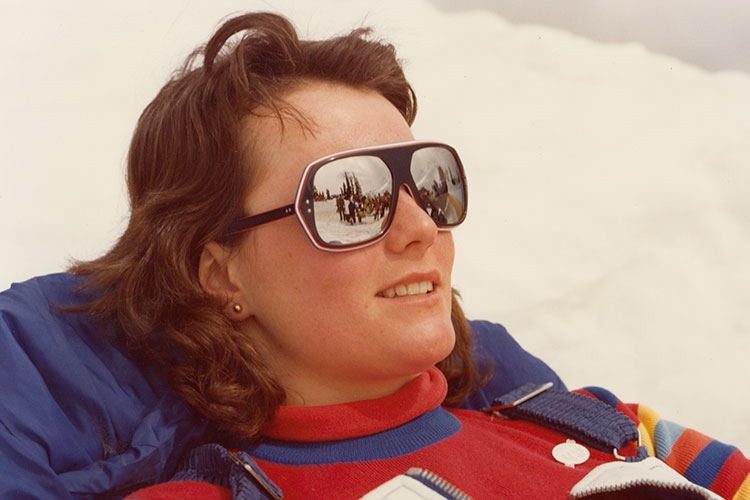 Bikinis, Jodhpurs and Lycra – It Must Be Spring Skiing in Whistler 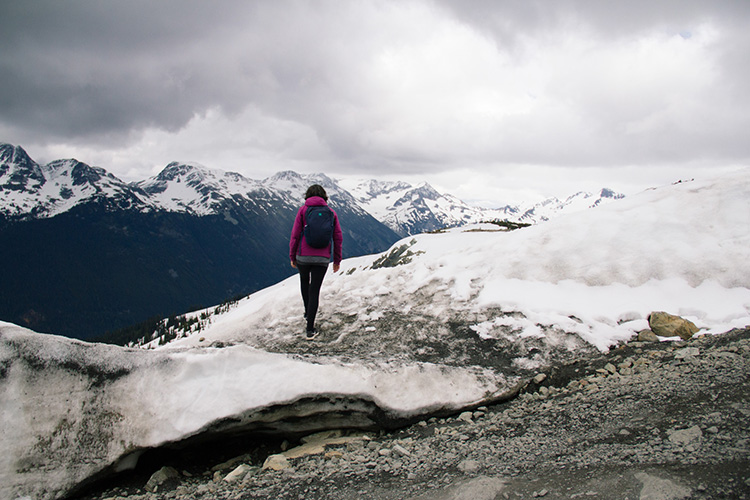