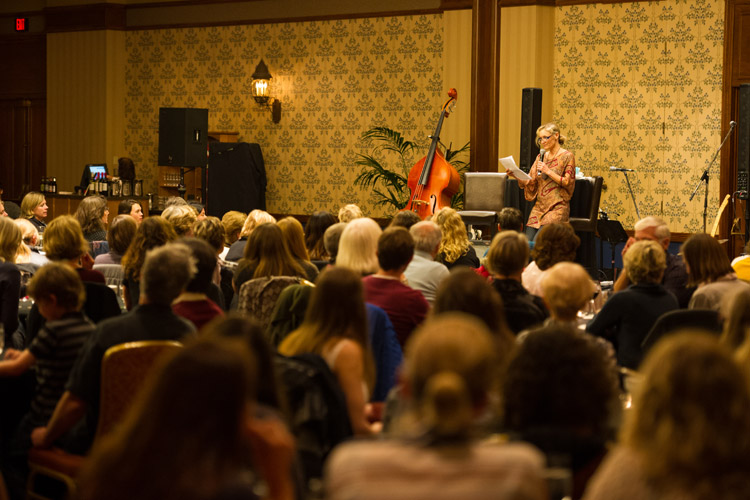 I’m assuming that if you can make it to the end of this sentence, chances are you can read. That means you’ve already pre-qualified to enjoy at least 50% of the 11th annual Whistler Readers & Writers Festival which runs October 12 – 14, 2012. The other 50% is probably right up your alley too but you’ll have to read on to know for sure.

“We’ve learned a lot over the years,” says festival founder and director Stella Harvey. “We try to make the festival more inclusive, offer something for everyone and make sure nothing is pretentious. We want to appeal to readers and emerging writers too.”

To achieve this goal Stella and her team are thinking outside the box this year, offering more interactive and non-tradtional events to compliment their workshops and panel discussions. All in all there are more than a dozen official events over the three-day festival. “I’m really excited about the Wine, Books and Jazz reading event on Saturday night,” Stella says. 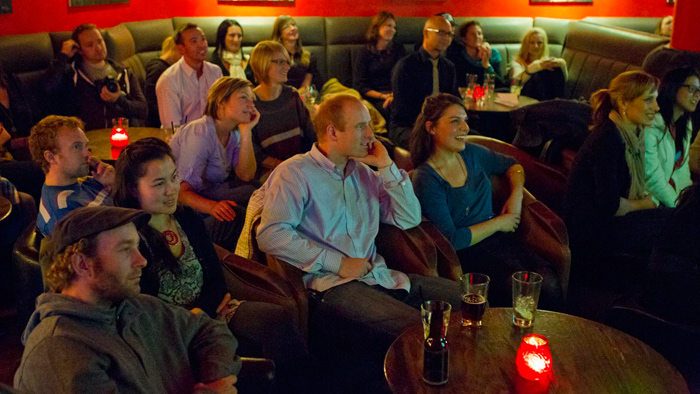 Wine, Books and Jazz— aside from combining three awesome things in one title, this Saturday night gala offers a chance to enjoy BC wines while listening to famous authors discussing some of their most cherished reads. To keeps things fun and casual the discussion will be utterly informal and at some point will evolve into a jazz show, as traditional Jazz band The New Orleans Ale Stars take to the stage and let the authors and fans talk amongst themselves.

“People love the intimacy of our festival,” Stella says. “The speakers are not miles away in a huge auditorium. And the authors tell me they like it this way because they get to actually meet their audience, the people who buy their books. That doesn’t happen at a lot of the bigger festivals.”

Stella recently published her first novel and will unofficially kick off the Readers & Writers Festival with a launch party at 6:30pm on Friday Oct 12 at the Squamish Lil’Wat Cultural Centre. “It’s just appetizers and a cash bar,” she humbly downplays, “but it does lead into the opening night event, which I am really excited about.”

Other noteworthy events include the Lunch Panel and discussion on whether or not “mountain culture” actually exists (I am sitting on that panel- Saturday 12:30 PM at the Fairmont Chateau Whistler) and the Writing and Film panel (Sunday 1PM at the Chateau) has a stacked line-up of local filmmakers as well.

Closing the weekend is Sunday night’s Pecha Kucha, a hugely popular event based on the Japanese word for “chit-chat”. Pecha Kucha features expert speakers extrapolating on an idea by showing and discussing 20 images for 20 seconds each. Be sure to catch it at Maxx Fish nightclub in Whistler Village at 8pm on Sunday. $10 bucks gets you admission and a drink. Check out the online Festival schedule for more info on Whistler’s smartest weekend.

Reading and writing in Whistler doesn’t start and end with the Festival however. Whistler has a pretty awesome public library with a lot of free programs (and books). Stella also runs the local writing group, The Vicious Circle, which meets year-round and Whistler has no fewer than four excellent free publications for anyone who needs a cheap excuse to kick back, relax and let the words take control for a while.

Both the Whistler Question and Pique Newsmagazine are published weekly and offer news, events listings, and more (the Pique also has one larger magazine-style feature story each week.) As well Mountain Life Magazine offers glossy images and valuable insight into the Coast Mountain community and new-kid-on-the-block Coast Mountain Culture rounds things out with a slightly more serious and literary style. All of these publications ought to be available in any decent hotel, café or shop and can also be found at the Whistler Tourist Information Centre near the bus loop.

Not officially related to the Readers & Writers Festival but certainly appealing to a lot of the same crowd, The Whistler Arts Council Performance Series continues on Thurs October 18, 2012, with a night of spoken word courtesy of Shane Koyczan (who did that great spoken word piece at the opening ceremonies of the 2010 Winter Games) and pride-of-the-North literary pot-stirrer Ivan Coyote. Two of Canada’s best under one roof for one night only. Tickets are available here, show starts at 8pm.

Be it warm afternoons on the deck or cozy evenings by the fire, autumn in Whistler is perfect for reading, writing, and taking it slow with a good book and a clear mind. (Books and glossy magazines are awesome but don’t forget about all the great online reading Whistler offers, particularily The Whistler Insider!).