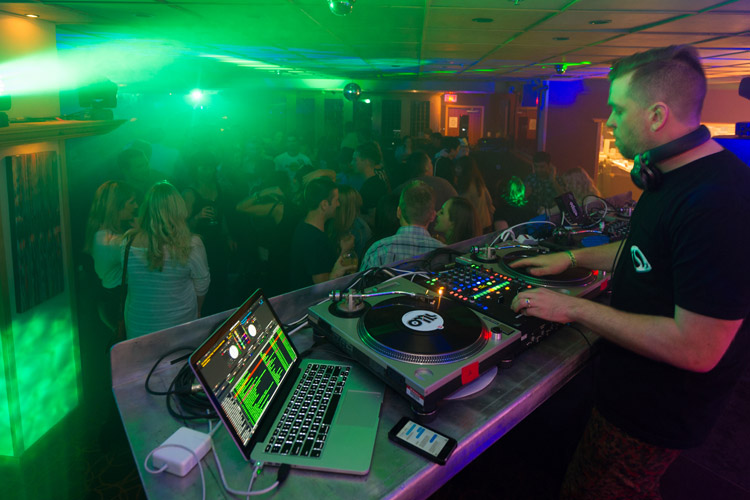 Here’s the thing—skiing and snowboarding are essentially solo sports. Yes, you can ride the lifts with your family or hit the backcountry with your crew but when it comes right down to actually cranking the turns and shredding the gnar… it’s just you and the mountain.

But we are social creatures so all that amazing alone time needs to balance itself with a party and after killing it all day on the hill, we need to connect, let loose, and take the edges off with people who are riding the same great wave of snow-fueled revelry. Enter the Whistler nightclub scene.

Over at the Whistler Sabbatical Project this week, we met local skier/ icon/go-go dancer Ace MacKay-Smith and learned about the soul-shaking value of dropping your inhibitions and dancing on a speaker. Ace literally grew up on the ski slopes of Tod Mountain before moving to Whistler sometime in the late 80s. She quickly figured out the secret to life in the valley—if you want to ski every day, you’re going to have to work nights.

With six nightclubs, seven lounges, and almost a dozen bars/pubs/watering holes Whistler Village is a night owl’s dream come true. Ace’s latest venture, and one of the coolest nights of the week, is the Big Sexy Funk 45rpm night every Thursday at the Firerock Lounge in the Westin Whistler. In an age of IPods, mp3s and laptop DJ’s, Big Sexy 45 is a slightly less amped-up party that fills a niche in Whistler’s well-rounded music scene. It’s also Western Canada’s longest running night of all 45rpm vinyl.

Feet— Your night at the Firerock is celebrating its second anniversary this week. Why did you start a lounge night?

Ace— We wanted a night with a more intimate vibe, somewhere cozy and comfy where you can dance or sit on a couch if you want. The Firerock is the perfect size and it’s a bit tucked away. If you want to play 45s you need a venue that suits the music because it wouldn’t work on a Saturday in one of the big clubs.

Feet— What is it about the 7-inch, 45rpm records that you like so much?

Ace— They’re so cute! I have to give credit to Vinyl Ritchie, he is the one who got me excited about 45s. They give the night an old school feel and sound and they’re more challenging to play. And it’s fun to find them, to dig for these old obscure tracks. Pretty much every 45 has the popular single on one side and the other side is a song that’s more obscure but still really good and different.

Feet— You also bring in games and activities each week, stuff like giant Jenga or Twister or Musical Chairs?

Ace— That comes from all the house parties I’ve been to in Whistler where everyone would get together in some old cabin just having fun and interacting and playing games. I wanted to have stuff in the lounge for people to do if they didn’t feel like dancing. It gives us something to connect over.

Ace— We attract a lot of big name acts. It’s pretty awesome to be living in a small ski town and Z-Trip will play an event, or Arcade Fire stops by. Whistler is well known so bands and DJs come up here after they play Vancouver. In the winter the clubs are never empty so it always has a party atmosphere.

Feet— What about the actual music in the local scene, how would describe it?

Ace— Vibrant. Our population comes from all over the world and so do our guests so all these different styles of music can thrive here. We have specialized nights that get a lot of support—Phroh has his Junglists night on Sundays at Tommy Africa’s that has a big English following. Or Mat the Alien and The Librarian and Russ have their Dubstep/Bass night on Tuesdays at Maxx Fish. Mat gets a lot of big guest acts coming in for that. There’s also S.K.A.T.E. night at Garfs on Thursdays… That’s not even half of the good nights in town. There’s a lot of variety and lots of good live music too. We all need to support the live shows.

Ace—I like Lykke Li, she is from Sweden. Lots of good stuff coming from Sweden these days. Right now we are driving to Seattle to see The Spits, they’re sort of like Devo mixed with The Ramones.

Feet— What’s your go-to record to get the dance floor going?

Ace— Anything by James Brown.

Ace— I like the Garibaldi Lift Company. I play apres there sometimes but even before that I liked it because of the high ceilings and the fact that it is right on the mountain. It’s big enough but small enough, you know? I also like the Whistler Olympic Plaza for the outdoor summer shows.

Ace— Vinyl Richie… and Feet Banks for his hair metal. Haha, there are a lot of good DJs in town.

Feet— Last question, what’s one thing everyone should know about the Whistler nightlife scene?

Ace— That they are gonna have a good time no matter what. Whether they’re at apres-ski or in the back rooms of Sushi Village or playing Jenga at the Firerock or a live show somewhere or dancing in somebody’s ski cabin, it’s always fun because everybody’s in a good mood after a day on the mountain.

Ace also throws an annual HotDoggin’ party every April but we’ll get to that in the spring. Meanwhile, hit up Acezilla.com or facebook.com/djfoxymoron for more info on what she has cooking at the moment.

As a Whistler Insider bonus check out the video below, an MTV special Featuring Ace ski bumming, hotdoggin’ and living the dream back in 1992. The best part about this video is other than her ski gear Ace hasn’t really changed in the past 20 years. Skiing and dancing are the fountains of youth… 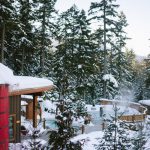 Pass the Peace (and Quiet)