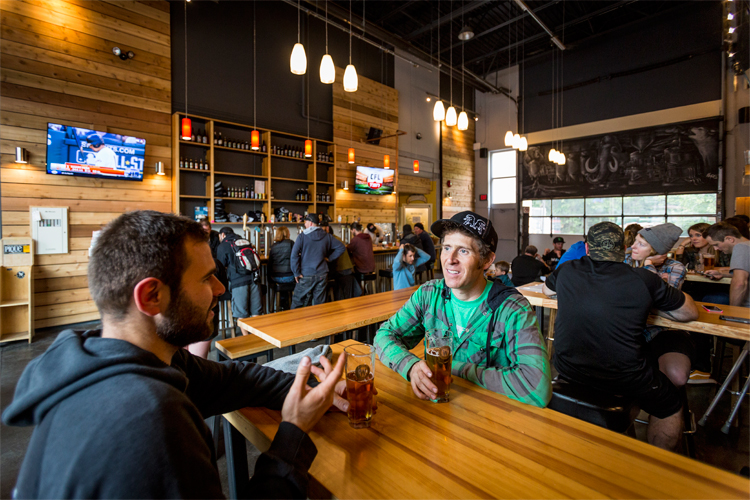 It’s always beer season in Whistler, but when the snow starts flying and warm pubs beckon, it’s beer season in overdrive. Whether it’s apres madness on one of our fine patios, or a quiet beer with friends in front of a fireplace, chances are you’re going to find yourself in a bar that features a few tasty options from our own Whistler Brewing Company.

In fact, it’s hard to find anywhere in Whistler that doesn’t carry Whistler Brewing Co. beers these days. When the brewery moved back to town in 2009 they set up a chalkboard to list all the local establishment where you could buy their beer, and by the time the renovated the store this past fall the list was 10 feet tall. You can now buy Whistler beer in Squamish, in Vancouver, and all around B.C.

Despite the growth and the popularity of “core” beers, Whistler Brewing has worked hard to remain a craft brewer with various seasonal brews and specials. The trouble is that a lot of these special beers become so popular – e.g. a friend of mine who is big in Canada’s import beer scene said the Grapefruit Ale he tasted on a sunny patio with me last summer was the best ale he’s ever tasted – that they could all become core beers, which would leave less room to experiment with new things.

Brewery: Whistler Brewing Co.
Location: Millar Creek Road in Function Junction. Look for all the cars and dogs.
Number of Years on the Job: 5

Insider: How did you get into brewing?

MD: It’s sort of the family business. My father invested in (Whistler Brewing) in ’05 before it moved back to Whistler, and I lived at home and went to Thompson-Rivers University right next door. It was a part-time job while I was in school. I started out cleaning floors and doing odd jobs, and Jody Hamill, the brewmaster at the time, liked what I could do. I started doing more and more, until eventually I was making beer. I learned everything on the job.

Insider: What’s the best part of the job?

MD: I really like recipe development, it’s probably my favourite thing to do. Coming up with new and funky ideas, or looking at what the market is drinking at the time and trying to come up with my own twist.

We do have a lot of set recipes right now, but we do also do a growler program for unique one-offs. When they’re gone, they’re gone. And we also have 650s (650ml bottles) that we do seasonally – Black Tusk year-round, Coastal Common (Big Sky Uncommon Lager), Pineapple in the summer, Dark & Stormy in the fall, Dunkel in the winter, and Chai Maple in the spring. I still manage to fit in four unique recipes and one or two new recipes a year. That’s six new beers, and if they do well sometimes they’ll come back in a six pack or 650ml.

I have a one hectolitre pilot system that I can do test brews on, so I can try to stay ahead off the game. That’s where a lot of regulars come from. I’ve done the Chair Maple for three or four years now, for example, it’s five years for the Dunkel, and probably the same number of years for the grapefruit and the chestnut.

Insider: What are some of the less glamorous parts of the job?

MD: Production planning and forecasting, and figuring out how much beer the market is going to want. You don’t want to overproduce, or underproduce and make a lot of people upset. And then there’s all the cleaning. You spend a good chunk of your day, every day, cleaning. I had to master that and prove I could do that for the boss before I was allowed to make beer or do any of the fun things.

Insider: What beers are you proud of?

MD: Any time I try something new and people respond to it, I’m happy. Some of the recipes are a little more complicated or take a long time to ferment, so pulling those off feels pretty good as well.

Insider: How have customers changed over the years?

MD: I think customers are more knowledgeable than in the past, and willing to experiment with different things. When I first did a wheat beer in 2007, I had calls from customers saying it’s gone bad, it’s all cloudy. I was like, “It’s supposed to be cloudy.” But these days if you’re not moving outside the box and trying to do things a little differently, you start to fall behind. The old Bavarian 1516 law went out the window. Everyone wants something new – new spices, new fruit, new styles. It’s really allowed creativity to blossom in the industry, which is nice.

Insider: Where do you think craft beer is heading?

MD: Beer is finally getting the recognition it deserves, I’d say. You’d never meet a beer snob 10 years ago, but now they seem to be everywhere. It’s not a bad thing, people have grown their taste profiles and always want to try more. The result is that they have really strong opinions on beers.

Women are joining the party as well, which is nice to see. Beer was never meant to be a man thing, I’ve read that the first brewers thousands of years ago were women. The men worked the fields or tended the animals and the women brewed the beer.

These days there are so many different beers out there that more people, men and women, are stepping up to the bar and finding things they really like. There’s much more choice than there used to be. It’s really all about the experience.

Insider: Where do you see Whistler Brewing on the craft beer scene?

MD: We have a role in the sense that we’re an international resort, and we get customers in here from all over the world, so we’re in a good spot to expose the world to North American craft beer. I also think we make more approachable beers that are maybe a little easier to get into. We also try to satisfy all the beer geeks out there with all of our smaller batches and seasonals, but even the most hardcore beer drinker sometimes just wants an easy drinking beer to kick back with.

You can do a tour of the shiny, clean brewery with tasting at Whistler Brewing Co. – book ahead online. Check out our interviews with the brains behind Whistler’s other breweries: Coast Mountain Brewing and The BrewHouse on the Insider. Find a patio serving craft beer near you on Whistler.com. 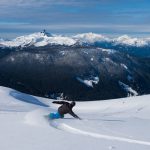 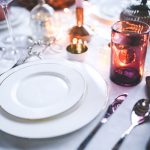 Insider’s Guide to Christmas Dinner in Whistler: Where and How to Celebrate