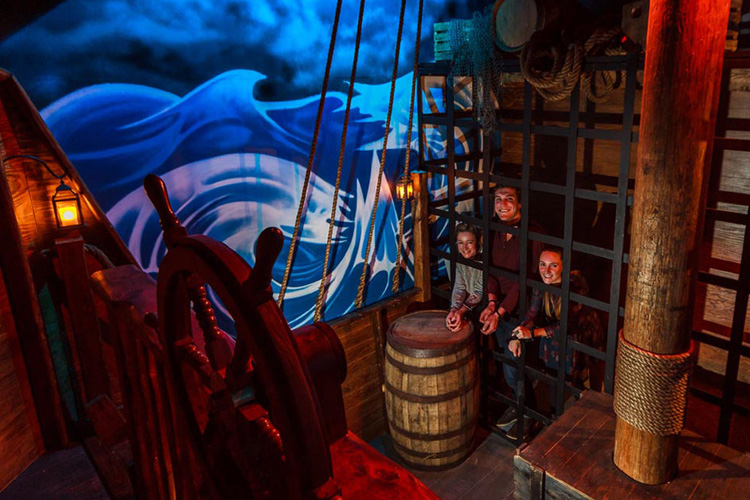 For a lot of people the anxiety kicks in before they even make it into the Escape! Whistler rooms.

“You need to hand over your cell phones before entering,” explains owner/operator Kori Klusmeier.

Audible gasps: “But I might need it as a flashlight!” “What if we need help?” or “Yeah but how am I going to?”

Kori stands his ground with a shrug and a smirk (no one seems to mind that he also takes your house keys, wallets and purses). Part of the appeal of Whistler’s Original Escape Rooms comes from not knowing what you are getting into. In the era of cyber reviews, digital Insta-gloating and socially networked everything, there is a rare sense of vulnerability that comes with stepping into the unknown completely untethered from your digital lifeline…

… and then Kori slaps handcuffs on your wrists and ushers you into the dungeon of a pirate ship (or deep into an underground tomb, down a psychedelic rabbit hole or into a backcountry ski cabin buried by an avalanche). Suddenly you’re alone in a strange world with only your wits, your companions, and 45 minutes to find a way out.

LEFT: A sneak peek into the pirate ship room – but no clues. RIGHT: Take it from the Insider – the handcuffs are real.

An escape room is a real life gaming experience where groups of people are “trapped“ together inside themed rooms and must solve puzzles and work together to escape. Klusmeier first heard about the rooms while traveling through Europe with longtime girlfriend Karen Mizukami.

“We had a rail pass and were zipping around from city to city,” he explains, “and with only a few days in each spot we would hop on Tripadvisor to see what not to miss. Every single city had escape rooms in the top two or three—number one thing to do in Budapest, in Prague or wherever—we tried to go but couldn’t get in because they were so busy.”

The couple chatted about setting up an escape room in Whistler but quickly forgot about the idea once they got home and merged back into their regular lives (Kori was recently voted Whistler’s favourite DJ). Escape rooms didn’t come to mind again until one rainy day while visiting a friend in Vancouver.

“We didn’t want to waste a day sitting around,” Kori recalls. “So I checked to see if there were any escape rooms in the city. They have several so we did two and I thought, ‘this is perfect for Whistler. I am doing this.’ I went home, sat at my kitchen table and just started sketching things out and making it come to life.”

Bridging the gap from idea to functioning escape rooms took months of business planning, funding meetings with Community Futures Howe Sound, location hunting, and some super-intricate design and construction processes. “Think of the biggest art project you have ever done,” explains Kori. “Now expand that into an entire room. Now expand that into 1,700 square feet of craziness. Karen has been integral throughout the entire process and we also got to work with some excellent local artists and builders. There is a real local feel, especially in the buried ski cabin room.”

LEFT: One corridor, four escape rooms. RIGHT: The level of detail in each room is breathtaking – but you’ll have to discover that for yourself.

Escape! Whistler opened in Whistler Village on December 26, 2015 and have been fully booked ever since. And for good reason: the attention to detail in the design and puzzles instantly creates a new world that is believable and incredibly fun. The exhilaration of racing the clock, working as a team and thinking through real-world problems is both unique and electrifying.

“It’s been amazing,” Kori says. “We are getting couples, families, work groups, staff parties. Everyone gets through, even if we have to give a couple hints. The record for the Pirate Ship room is 34 minutes, but they were real ringers.”

Escape! Whistler staff monitor each room via closed circuit camera and can offer tips or clues via radio if participants get baffled or need assistance. The puzzles, clues and processes vary in difficulty but with two rooms completed and the third and forth on track to be ready later this month, there is more than enough fun to be had.

And all without your cellphone.

Escape! Whistler is located in Gallery Row of the Hilton Whistler Resort and Spa in Whistler Village, open from 12 – 9:30 PM every day. Booking ahead is recommended. 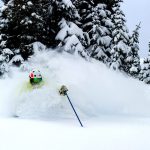 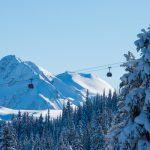