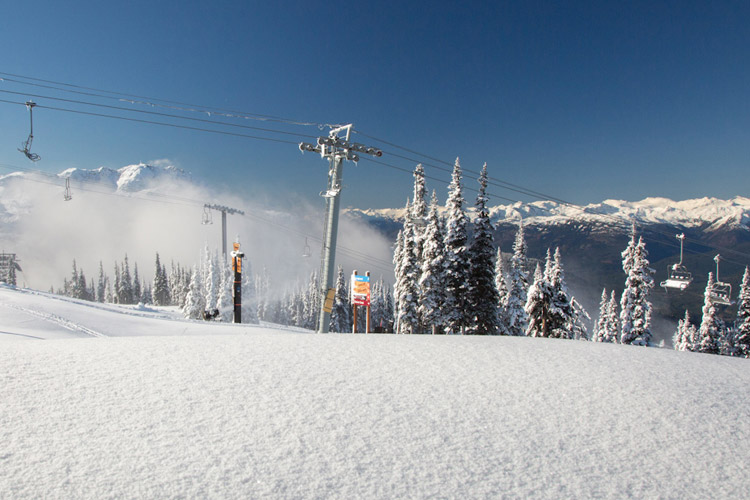 Boom. Snow is falling in Whistler with lots of accumulation on the mountains. The enthusiastic social media posts have begun to explode across the interweb and Mother Nature seems to be heeding the call. And with the mountains opening for the Whistler ski season mid-November it’s definitely time to get excited, but not to the point of recklessness; Whistler winters can be long and snowy (ski season lasts 6 months around here) and you are gonna want to enjoy all of it.

With that in mind we’ve put together this list of things we think are important to ensure you enjoy a long and fruitful Whistler winter.
So without further ado …

#1 – Resist the Urge to Bust out those Sweet New Skis Too Early
Whether a big snow year or a low one, it’s always wise to be aware of early season obstacles as the snowpack builds up and consolidates. While Whistler Blackcomb spends a lot of energy clearing the runs of debris all summer anything off the main run is still just a normal mountainside with rocks, sticks and more rocks lurking under that seemingly perfect pow.  Avoid damaging your fresh new sticks by sticking to your old ones for the first few weeks of the season. Trust us, there’s a good reason any seasoned local has a “rock board” or “rock skis” in the garage.

#2 – Slow and Steady Wins the Race
If I had a penny for every buddy who hurt himself because he just couldn’t help from tossing a sick 1080 loop-de-loop on that very first run of the year… well, I’d have a bunch of useless pennies. But seriously, take it slow and work your way to take dumb risks early on.

#3 – Be Prepared and Dress Appropriately
This time of year the weather can and will be all over the place. Just cause it’s sunny and nice down in the Village doesn’t mean it’s not storming up top. Study those weather forecasts and take advantage of all the sweet webcams posted up around town and on the hill. When in doubt, layer up and then remove and stash layers as needed.

#4 – Preparation is Key – Gear
Is your gear ready for another year? Getting those skis and boards tuned is an absolute base minimum. You’re also going to want to make sure your soft goods are in decent enough shape to get you going. Duct tape goes a long way! We covered this in detail last week.

#5 – No Really, Preparations is Key – Your Body
There’s nothing worse than having to call it quits by 10:30 because you’re too out of shape to go on. A week or two of light stretching in the mornings will go a loooong way here, so get those muscles moving before you regret it! Yoga is a great way to stretch. Check out Youtube for more yoga videos, of any length and skill level, than you could possibly ever need or this Insider’s Guide to Ski Season Fitness.

#6 – Lock Down Those Sweet Early Season Accommodation Deals
Early season is all about the deals. There’s a ton of wicked awesome specials on, from room-only to local restaurant specials to full ski-and-stay packages. Take advantage and leave yourself more loot to come back again in a few weeks, and again a few weeks after that!

#7 – Know When to Fold ‘Em…
Again, it’s a long season. So don’t think you need to impress yourself or anyone else and ride all day. When you feel yourself getting tired don’t be afraid to call it. Being tired is the number one reason people get hurt on the mountain so know when to come down and go directly to…

#8 – Après
Après is as much a part of skiing and riding as anything else. And Whistler has one of the most legendary après scenes this side of the Atlantic (let’s not even try to compete against those nutty Euros, they’ve been après-ing for generations). Pick your spot (my personal choice is Dusty’s in Creekside), grab a table and a Caesar and enjoy. Early season après is even more special because everyone is just so happy to be back on snow.

#9 – Après-Après aka: The Spa
Early season is the best time to treat yourself to a bit of pampering. A nice massage at any of the Whistler spas or a session in the pools of the Scandinave will do wonders for your body, mind and most importantly your ability to get out of bed the next morning. Go on, pamper yourself, you deserve it (and you’ve got a long season ahead).

Everything you need to make your Whistler dreams come true can be found at Whistler.com

Brian Hockenstein is a Whistler-based photographer and filmmaker who loves nothing more than spending time in the incredible British Columbia wilderness and sharing the amazing sights he sees along the way, whether through photography, film or emerging technologies such as Virtual Reality Video. 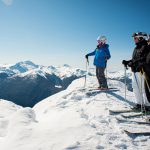 Turn & Learn: The Value of Ski and Snowboard Lessons

Insider’s Guide: When to Visit Whistler in Summer