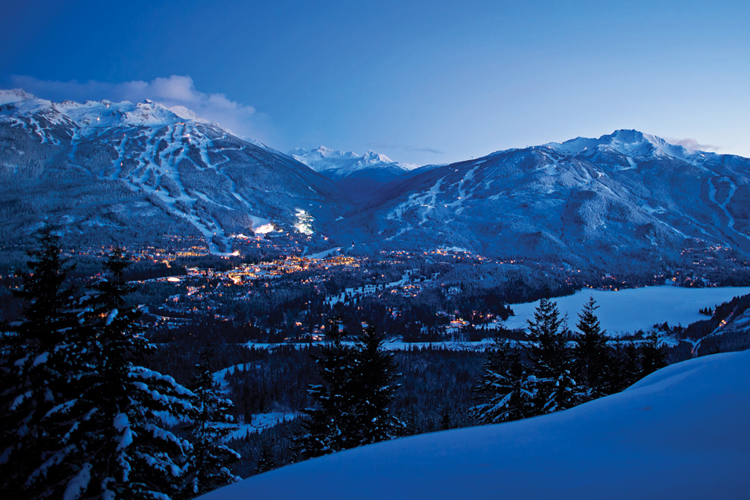 Fresh off The Bus: Local Reflections on Why Whistler is #1

Autumn is an awesome time of year for Whistler. Life slows down (a little bit) and winter anticipation builds (a lot). Autumn is also when the new crop of Whistler locals begin to arrive, young people migrating to the mountains to live the dream for a winter, or more.

These new residents are easy to spot, dreamers with wonder in their eyes and vitality in their voices. For many, the allure of the mountains has been calling for years and now, finally,  they have arrived in the promised land and can be seen roaming the Village in a blissful daze;vtaking in the scenery, discovering new friends, hunting for homes and jobs.

Autumn is also the time that SKI Magazine ranks the best resorts in North America and, for the second consecutive year, Whistler took #1 overall. That recognition is also a bit like a birthday present as the this year includes celebrations for 40th anniversary of The Resort Municipality of Whistler and the 50th anniversary of ski hill operations in town.

To mix a bit of that nostalgia in with the idea of dropping everything and chasing your dreams into the mountains The Insider hooked up with some key old-time locals to talk about what it felt like to arrive in Whistler for the very first time, and why this place is always #1 to them. 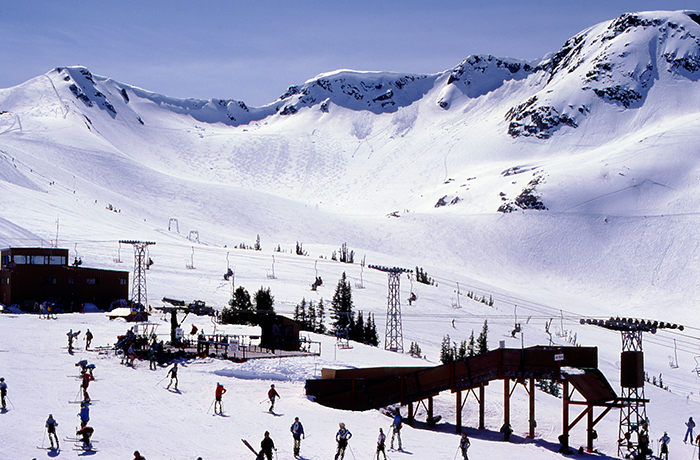 Whistler Mountain. Pre-Peak Chair, pre-Harmony Express. Note The Saddle has not been smoothed out yet. PAUL MORRISON PHOTO

“I got in my Volkswagen and left Edmonton with a Marshall Stack in the back seat and a couple bucks from my last paycheck working at a bar as a bouncer. A guy had pulled a gun on us at the door and I told my boss on the spot, “I’m quitting and I’m moving to Whistler.”

“I drove into town late at night in a snowstorm and actually drove right past the Village because there was no sign. The lights from the headlights were making a tunnel in the falling snow, with glimpse of dark green evergreens poking through the big fat flakes. I kept driving in the storm and picked up a hitchhiker, this gorgeous girl who worked at the Longhorn. I dropped her at Emerald and got half way to Pemberton before I turned around and eventually found the Village and parked. The first person I met was [Whistler legend] Johnny Thrash. I asked him if there was anywhere to jam and play guitar and he took me to Citta’s. The next day I went skiing and fell in love. I was supposed to be out here raising money and studying law but after that day – the snow, the people I met on the chairlifts… sold.”

Guitar Doug (left) and Vannessa Stark (right) enjoy a couple of the things that make this place great. Powder, mountains and gravity.

“I’m pretty sure I came in on the bus but I might have hitchhiked. It was spring though, the West Beach Classic [snowboard contest] was happening and just the mountains, the Village, the riding… it felt like I’d found home. That winter I worked as a lifty and snowboarded every day no matter what. I even lived in a very cold van briefly, got frost bite on both my toes until they turned black. I had to find a warmer place to live but no way I was gonna leave Whistler.”

Cliff: “I came in late October 1966. I was in university and I’d read an article about a new ski hill so I bought a Volkswagen, headed west and drove up the highway in one of those torrential rainstorms. You had to drive over the Daisy Lake dam back then. It was pouring rain but eventually I found a parking lot with some construction going on, the foundation for what would become the Whistler gondola barn. I saw someone working and asked if the boss was around. He pointed to a guy with a shovel filling sandbags. I introduced myself and inquired if there was any work. He gave me a shovel and some sandbags. All the rain had Whistler Creek going wild and they had just poured the concrete and were trying to save it. I got there in October and worked on the mountain every day but I didn’t see the Peak until mid-December. We were getting a lot of snow.”

Vivian: “I came in November of ’67 and didn’t see the Peak until Christmas day. I was over from Ireland traveling and I wanted to learn how to ski, I applied for a job at Tremblent in Quebec but I wasn’t up to their standards I guess. When I arrived here I got a chambermaid job right away. I learned to ski, I met Cliff at a pyjama party and we’re still here.”

“Me and my buddy Marc Castonguay drove out from Calgary in an ’82 Dodge Charger in April for the Westbeach Classic. We just stayed from there and we thought we were badass because we’d been on the BCSA [pro snowboard] tour all year and already had friends here. I remember just being so blown away by the size of the place— the Village, the valley, the mountains—and it was all in one place. We were used to driving an hour or more to get to the hill, here it was a five minute walk. I remember we hooked up with the guys from Standard films on the first or second day of summer riding and sessioned the Blackcomb windlip & 1/4 pipe with Damian Sanders, Steve Graham, Dave Seone and others. Saw Sean Johnson do a 1080 and Steve Graham try a triple back flip 25 years ago. And mostly I remember that I was home and this is where I wanted to be. Everything was amazing but the people are what made me stay. Everyone just got it without saying a word and as long as you weren’t a kook you were part of the scene no matter where you came from.”

Judging by the the ballpoint pen writing on the photo, this looks to be Chris in 1990 on Blackcomb. GEOFF HOFLIN PHOTO.

“I arrived in mid-February in an old Ford Econoline van with my buddy steve. We camped in the Creekside gondola parking lot and found ways to save on lift tickets even though they were only $5.25. We ate macaroni often and skied Monday to Friday, all day every day. But took the weekends off because the lift lines would sometimes go out to the highway. But those sure were the days. I miss how much it used to snow! That and the $0.25 beers at the Boot. A ‘Bluebird’ [Canadian $5 bill] would buy you  16 draft beers, a large hot dog and a tip for the bartender. Then they replaced the carpet and put the price up to $0.30. No more hot dogs!”

Old-school Econoline Van (left) and old-school lift stations (right). Back when the Roundhouse was really round. PAUL MORRISON PHOTOS.

“I don’t remember the first time I arrived in Whistler because I was just a day old, but the memories I do have make me realize that as much as Whistler has changed phsycially the feeling I get driving up that last stretch of the highway is the same buzz of excitement and nostalgia. Whistler has it all and if being #1 means the world has caught on to us that just means the locals have to be more proactive and keep finding great spots and creating local traditions.”

“I was 18 and I drove out from Ontario with a guy who was a religious Grateful Dead follower. He would impersonate a dentist at their shows and sell laughing gas. As we came through Vancovuer it was my turn to drive and my first time up Highway 99 I think I did 60 km/hr the whole way. Coming from Ontario I had no idea a car could handle speed and turn a corner at the same time so it was slow going. My first impression was how everything was just so BIG—the trees, the mountains, the sky, the ocean—it was overwhelming. I just remember being excited and that was home for the next decade.”

“It was October 30th. I remember that day I decided I was not going to move back to Spain and we decided to move to Whistler. Sandy Belczyk, my sister Paula and I. We got here in the fall and discovered you could drive up Blackcomb without any restrictions and hike up to Horstman Glacier and ski. Hey this is cool!!! The place was #1 as far as we were concerned –you can ski year round and there were jobs! Then at my job I met a Prime Minister who loved skiing in Whistler. I figured he could ski anywhere and if he came here that sealed the deal. How cool is this town?”

You don’t have to pick up your life and move to Whistler to appreciate the #1 ranked resort in North America (but your probably should). Get all the info needed for a Whistler vacation at Whistler.com 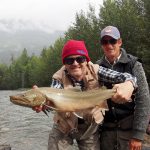 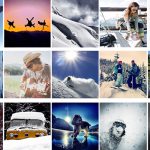