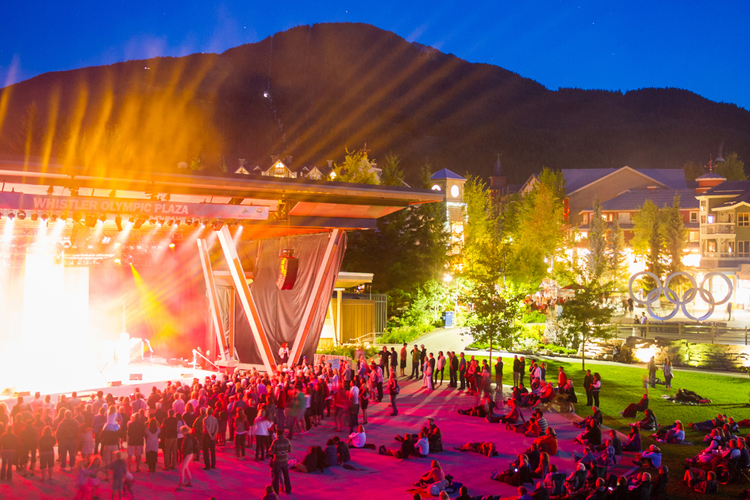 Time flies when you’re having fun. Whistler Village then and now.

Whistler is always ready for a party and Sunday September 6, 2015 is a big one. The Resort Municipality of Whistler (RMOW) turns 40 years old and we are celebrating with a weekend of festivities. From historical discussions and a themed exhibit at the Whistler Museum to a free Spirit of the West concert (complete with hot dog and corn roast) to street entertainment, a special art exhibit and more (no official word if there will be free cake, gelato is confirmed but what’s a birthday without cake? It’s probably supposed to be a surprise).

In any case, the weather forecast  for this weekend looks great so we’ll see you at the party, you can get more information at this Labour Day Weekend page.  The Insider reached out to the RMOW offices for a bit of history and insight behind the Resort Municipality and this weekend’s big birthday shaker. Check it out.

A Resort Municipality is Born:
Before we celebrate this milestone, let’s go back to the beginning.

The RMOW was born in 1975 and made its first bold move politically: by becoming the first designated resort municipality in Canada. At the time of incorporation, fewer than 1,000 people lived in Whistler. Whistler might have just been a small town, with a quirky “resort municipality” title, but the community had vision. The new council worked with the provincial government, and started planning what would eventually become Whistler Village.

Eldon Beck’s sketches (left) eventually evolved into a Village plan and then a reality.

Rejecting the classic grid style of development, architect Eldon Beck created the foundation of the Whistler Village plan as a more European car-free town centre, where people would meet and meander among an array of magnificent views. In addition to the Village, the community of today has been formed through thoughtful municipal planning for Whistler’s extensive park and trail network, golf courses, commercial nodes and neighbourhoods, without which Whistler would look very different today.

The RMOW governs and manages the resort community, acts as a steward for resort interests and serves the needs of both residents and visitors. It also manages municipal planning and development, park and Village operations, sports facilities and recreation, public utilities and environmental services, bylaws and enforcement, fire rescue, fiscal planning and financial services, legislative services, human resources, communications and the administration of the Whistler2020 Comprehensive Sustainability Plan and Whistler’s Official Community Plan.

The Big Birthday Bash:
The weekend kicks off with a discussion about Whistler’s first Council at the Whistler Museum at 6 PM on Saturday, September 5. Inaugural Councillors Al Raine and Garry Watson will talk with Bob Barnett, founder of Pique Newsmagazine. The museum will also hold a 40th anniversary themed exhibit that will run from later in the month.

September 6th, 2015 is the actual day or Whistler’s incorporation in 1975 and the celebrations run from 2 to 6 PM at Whistler Olympic Plaza. Longtime Whistler favourite Spirit of the West will perform at 3:30 PM.  Everyone can enjoy free gelato, as well as hot dogs and a corn roast by donation to the Rotary Club of Whistler. The street entertainment program developed by the Whistler Arts Council will include face painting, crafts, live art demonstrations, the Whistler Icons Photo Booth and a Whistler Community Mural project.

The Whistler Arts Council is holding an art exhibition, titled 40 Days 40 Stories, at The Gallery at Millennium Place. The exhibit celebrates the anniversary with art that shares moments from Whistler’s rich history through the written word, paintings, sculpture, fibre arts, architectural drawings and photography submitted to the project by community members and friends. It runs for 40 days from September 3 to October 12 and promises to be a unique walk down memory lane.

Feel like hashtagging some celebratory photos? The RMOW would love to see your favourite Whistler images, past and present, on Instagram with the hashtag #mywhistler and #onlyinwhistler. Check out more details on RMOW’s history at their website.

Everyone here at The Insider wishes a Happy 40th to the RMOW. And while we’re celebrating it should be mentioned that the Coast Mountains around Whistler are somewhere between 50-150 million years old this year! So raise a glass to them as well. Here’s to a big winter and if you want to come share it with us the best place to go is always Whistler.com 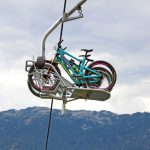 Fall into Whistler: A Guide from September to Snow

How to Pick and Train for a Cycling Event in Whistler