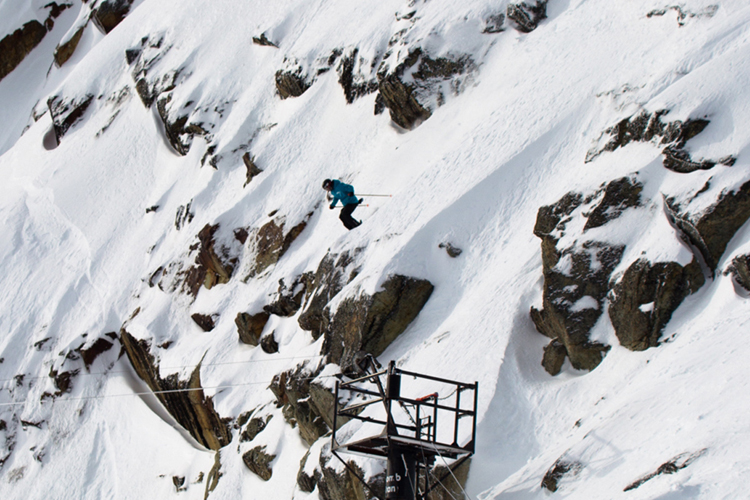 The Kids are Alright: Whistler’s Next Generation of Freeskiers

Whistler is known for having a culture of advanced freeriders. Over the last few decades, thousands of people have migrated to this small corner of the Coast Mountains to ski what they consider the pinnacle of North American ski resorts. But that migratory influx of skiers and riders with advanced ability is no longer the sole driving force behind Whistler’s inherent pool of talent. The next generation of Whistler kids is coming of age and this past weekend at the GoPro Junior Freeski Challenge, they had a chance to show their hometown what they can do.

The laughs and the jeers of the morning gondola ride have subsided as Whistler Freeride Club (WFC) head coach Derek Foose gets down to business. It’s Sunday, the fourth and final day of the GoPro Junior Freeski Challenge and the WFC has 35 athletes qualified for the finals on Whistler Mountain. The ride up is also an important coaches meeting. Line options are discussed for the different age groups— which cliffs the kids are likely going to hit and where the coaches will be standing by with a watchful eye. Snow conditions can change suddenly and relaying that information quickly over radio is essential in giving the kids the best chance of nailing their run.

Combined, the freeride coaches in this gondola cabin have close to 100 years of coaching experience and many also have freeski competition experience. Right now however, their only concern is to get as many kids on the podium as possible in a safe, and more importantly, fun manner. This is Whistler building its next generation of professional freeskiers.

“The overall level of skiing of junior freeriding has just exploded,” Foose explains as we ride the Peak Chair en route to the comp venue. “The top guys now, they’re pro skiers, they’re doing things that guys in the movies do. The dudes on the Freeride World Tour are looking at the top juniors with fear. Anyone in the top 10 per cent of the 15-18 age category could step into an adult contest and potentially be on the podium.”

Skiing down to the starting corral, the WFC kids are easy to spot. They ski fast, they ski with disciplined technique and they jump off everything in sight. This morning’s fresh snowfall is only adding fuel to the fire, and the kids are taking advantage of every snowflake they can find in order to get warmed up for their competition run while enjoying those Sunday morning pow turns.

“It’s really helped us develop a sense of community as skiers,” says Cooper Bathgate, 16, of the junior freeski competition circuit. “Everyone bands together and if someone has a sick run, everyone cheers them on. Everyone knows each other and is friends now.”

Cooper and his twin brother Jackson have skied in Whistler since they were three years old and worked their way up to the WFC by the time they were 11, one year ahead of the usual entry age.
“(The coaches) work on technique first, so you learn how to properly ski and not just hit big airs,” says Cooper. “Doing practice comps here (at Whistler Blackcomb) has been a big help.”

Good coaching and talented kids certainly makes a difference when developing the next generation of skiers, but Whistler’s huge variety of lift-accessed alpine terrain also makes a contribution to the elite youth like the Bathgates. Mileage is what builds great skiers, and with the hundreds of steep lines, couloirs and cliffs to hone their skills on, the youth in the WFC learn rapidly.

“The approach to the mountain is different, it’s another style,” says Matteo Rey, an exchange student from Courmayer, a ski town on the Italian side of Mont Blanc. “Here the alpine is all controlled, it’s all open and you can take a chairlift to ski down everything. At my home mountain you have to watch out for the avalanches, go always with a backpack and check for the dangers. If it’s not perfect it’s not good to go.”

Rey has been skiing with the WFC for the 2014/15 winter and has been in awe of the skills and talent he has seen. “They’re so good, they’re so gnarly,” laughs Rey. “You see them in competition but in training they’re way better because there’s no pressure. They huck big cliffs without problem, they can spin from them. It’s crazy.”

After a busy day of powder and intermittent sunshine at the comp venue on Whistler Mountain, the WFC walks away with top spots on every podium in the 12-14 and 15-18 year old categories. The hard work and training, plus skiing every single weekend whatever the weather, is paying off for the next generation of professional freeskiers. And with spring break starting today with more sun and fresh snow, the local kids couldn’t be happier.

Find our more about skiing in Whistler at Whistler.com and there is a lot more ski and snowboard competition action coming up when the World Ski & Snowboard Festival starts in mid-April. 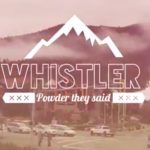 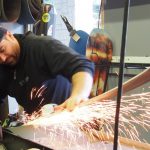