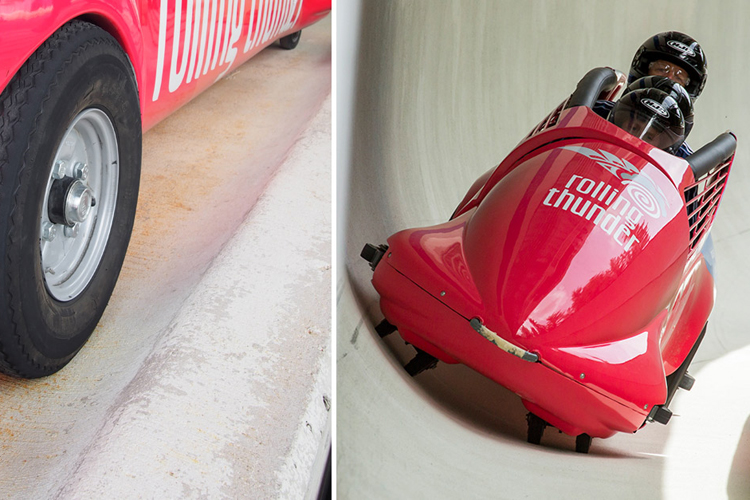 There’s always something awesome about going first. That initial step into the unknown will more often than not lead you down the path of real adventure.

So I was pretty stoked when the Whistler Sliding Centre invited me to be one of the guinea pigs for their new Rolling Thunder public summer bobsleigh experience. And to add to the ceremonial feel of it all they put me in a sleigh with two of Whistler’s finest RCMP officers dressed in ceremonials reds (service weapons and all!).

“It’s hard to compare summer bobsleigh to anything else,” says the Whistler Sport Legacies president Roger Soane. “It’s not a roller coaster type experience, it’s a sport experience. And with all the othe adrenaline activities here the Rolling Thunder is a good fit for Whistler.”

One of the host venues of the 2010 Winter Games the Whistler Sliding Centre is the fastest track in the world and riders on their winter bobsleigh experience can reach speeds up to 120 KM/hour (75 MPH).

The Rolling Thunder summer bobsleighs don’t go quite a fast, mainly because wheels and concrete gives more friction than runners on ice. Still, during the requisite safety talk we learn the sleds can go over 80 KM/hour (50 MPH) and the bobsleigh pilot has the ability to use brakes to slow and steer the sleigh from a seat at the rear.

“In the back we drive by feel not by sight,” says our pilot Anna Lynch. “I steer with my feet and I can brake when I want, I feel like it’s a bit of a smoother ride and a perfect introduction to the sport.”

Riders as young as 12 years old are able to enjoy Rolling Thunder (with adult companion). For the maiden public voyage I was lucky enough to get the front seat in the sleigh while officers Rob and Sam slid in behind. This allowed me to deflect the nerves before dropping in by mentioning to track staff that this was definitely the first time I’ve ever ridden with the police with them sitting behind me!

Being a part of Whistler’s first ever public summer bobsleigh run was cool. The awesome thing about the Sliding Centre is that everything is gravity fed so once we’re pushed into the track everything starts slowly and accelerates as we make our way through the course. The first corner is mellow, the second is a bit faster and so on. By the time we come screaming into the infamous Thunderbird Corner at the end (while experiencing 2-3 G’s of gravitational force) our sleigh hits a top speed of 83 KM/Hour (51 MPH) just before the finish line. Whistler is one of only 4 venues in North America offering summer bobsleigh laps to the public and it’s definitely a perfect way to get up to speed on the sport. Just knowing there are brakes on board will help ease a lot of the nervous tension people may have about trying an Olympic Sport. This is a good way to decide if you’re ready for the icy speed of winter bobsleigh or skeleton.

Of course, having armed police officers cozied right up to kicks things up a few notches as well. Luckily, the only shots fired on our initial public run came from the official track photographer and when we finally rolled to a stop there were smiles and high fives all around.

NOTE: Officials from the Whistler Sliding Centre assure me that apart from that opening day ceremonial ride, no one is allowed to carry firearms on the Rolling Thunder Experience. They had worked thoroughly with the local RCMP to ensure everything was safe. The handguns are part of the ceremonial RCMP outfit and that is all. It makes for good sensationalism though doesn’t it? If you want guns though, there is a summer Biathlon experience that is really fun. Rolling Thunder operates Thursday to Monday through to September 1, 2014 and you can sign up at Whistler.com 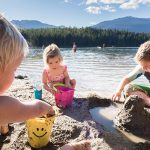 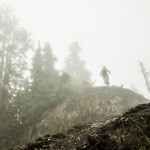