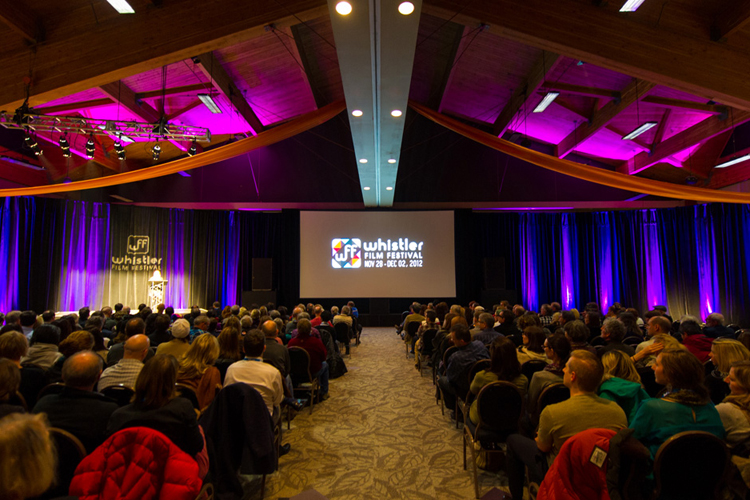 With over 80 films screening at the 13th annual Whistler Film Festival, plus a packed schedule of sweet galas and parties, it can get tricky figuring out exactly which movies to watch. Fortunately, there are no wrong answers because returning Director of Programming Paul Gratton has selected an incredibly diverse and satisfying field of movies for Whistler this December 4-8, 2013.

Paul watched hundreds of films while curating the program and we got him to narrow it down even more by giving us his Top Five Must-See Films of WFF 2013.

Paul says,
“Sturla Gunnarsson is an acclaimed Canadian director with Icelandic roots and he seems to have a particular affinity for shooting in the snow, which is something not a lot of Hollywood-based directors might have. This is a genre film, more of a mainstream feel—imaging Universal Soldier set in Northern Ontario. It’s got a great cast and a ski-doo chase scene! I thought having a world premier Sci-Fi thriller would be a great way to kick off the Late Night series this year.”

Paul says,
“This is just a great documentary. I was completely engrossed. There’s lots of halfpipe action but then Kevin Pearce suffers an injury and everything changes. Through the use of home video and the cooperation of his family it transcends the sports genre and becomes a film about accepting limitations and about the love of family. To close out the festival I look for a film that’s appropriate for our beautiful setting here and with this one, you can’t help but feel respect for what the mountains can do. The director Lucy Walker will be here too. She’s been twice nominated for Oscars and it wouldn’t surprise me if this was her third time in the running.”

Paul says,“This indie film was submitted on DVD and after watching it I thought: this is the performance of a lifetime for Lukas Haas. I knew he was good but this is incredible. Lukas plays a middle-class yuppie who happens to be gay and is out partying when he gets offered some crystal meth. He tries it and takes to it like a fish to water and the film chronicles his descent into addiction hell. It’s interesting to see the rationalizations and justifications. Often meth or crack smokers are depicted as lowlifes beyond redemption but what I liked about this is he is a middle-class guy, a yuppie. He has friends and a family, he has support and my response was that this film shows that every drug addict is someone’s son or daughter or brother or loved one and you can’t forget the humanity as you look at the incredible suffering these people put them through because of the sickness. This performance is so strong; I hope a distributor will pick this film up.”

Paul says,“Every so often I come across a documentary I can only describe as pure delight. This one is about the filmmaker, Mitchell Kezin, acknowledging that he has OCD and has collected obscure Christmas albums from a young age. He used to hate Christmas songs but then he found a B-Side of an old Nat King Cole song about the boy Santa forgot. Young Mitchell realized Christmas music isn’t all religious-or-santa-themed and it can be about serious subject matter and his life’s mission became to buy and collect the most obscure Christmas songs he could find. Then the internet arrived and he learned there are other people just like him. What’s delightful is the filmmaker shares a dozen of his favourite songs— there is a Vietnam Christmas song in there and the others are all way off the beaten track and some are very catchy. I figured Christmas is coming and we have snow in the Village – what a perfect documentary to get seasonally appropriate with. It’s a Canadian film too and we are always here to promote Canadians.”

The 13th annual Whistler Film Festival takes place December 4-8 2013 and you can get accommodation, lift tickets and more information at Whistler.com. See you in the theatre! 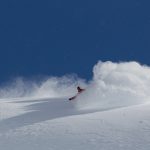 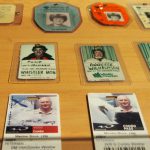 The History of Whistler Restrooms (and Whistler Skis too)