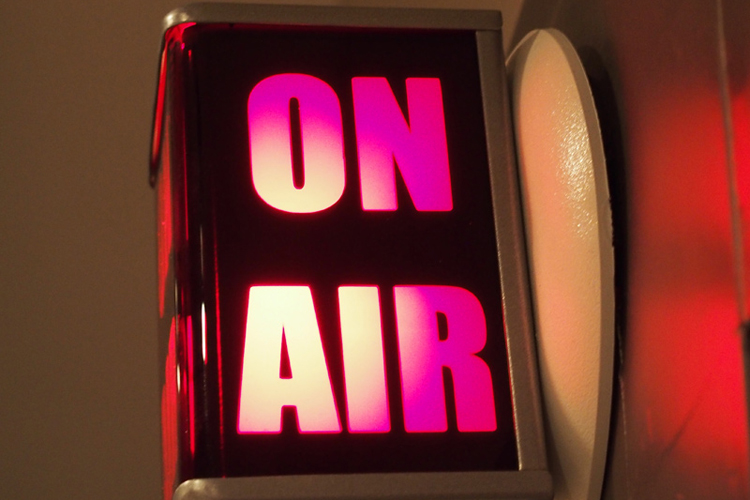 Pump up the Volume: Whistler FM

“Our niche is music, that’s what we do.”

Robert Wilson tells me this while sitting at the soundboard of Whistler’s newest radio station, Whistler FM. As we speak, a small screen informs me that we’re broadcasting live and the song playing is “Gimme Shelter” by the Rolling Stones.

Robert, the station manager and owner, catches me noticing and does the only logical thing: He cranks up the volume and we both enjoy a few bars of epic rock ‘n roll blasted through professional quality speakers in a real sound studio. It rules.

Whistler FM has been broadcasting live on 101.5 FM since Feb 25, 2013 and is winning Whistler locals over one song at a time. “This is a community built on entertainment,” Robert says. “It’s vibrant and active and very outdoors-based but every Après starts a daily revolution and music and entertainment takes over.”

And he’s right. From the patios Whistler’s bars and pubs to the dance floors of six nightclubs to the free outdoor summer concert series Whistler plays hard all day then rocks out each and every night. “It’s such a music-based community that’s not really being served by local radio.”

As such, the crew at Whistler FM have hit the ground running, broadcasting a variation of what they call AAA songs (Adult Album Alternative) that’s peppered with songs and live-in-studio sessions from local talent like Animal Nation, Brother Twang, Rachel Thom, FOMO and more.

Animal Nation throws down a live acoustic performance in the Whistler FM studio.

“We purposely built the studio large enough to handle live acts,” Robert explains. “And we put it right beside the kitchen so people can hang out and watch, everything ends up as a kitchen party anyhow. Eventually I’d love to bring in some big name acts from out of town too.”

Located on a ground-floor space in “the soul of Function Junction,” Whistler FM’s mere existence is the product of years of planning, government applications and hard work. Robert Wilson grew up in North Vancouver and has coming up to ski whistler since he was a child. With 13 years of experience working on a few different Vancouver radio stations, he eventually gathered a few partners and decided to, “do something for the passion.”

The first step was sending an application to the notoriously stingy Canadian Radio & Television Commission (CRTC), the governing body of Canada’s airwaves. “We wrote the application in a week or so and weren’t super optimistic,” Robert says. “It was kind of like walking up and asking the prettiest girl in the club if she wants to dance, and she accepts! It’s hard to get a radio license and it’s a battle and a lot of work to deliver a station, but this is why it is important to do things properly.”

Robert believes doing it properly means involving anyone in the community who wants to be a part of something. He enthusiastically explains how they are about to “Braille the board” so that a visually impaired radio DJ would be able to come in and instantly get down to business on the Whistler FM soundboard. “For the blind, radio is like their television,” Robert explains. “We’re also on the first floor and totally wheelchair accessible. That’s important for us because this community, with the sports lifestyle, produces a lot of spinal cord injuries and other forms of mobility injuries.”

From weekly studio parties for charity (hot dogs by donation, music is free) to the planned Whistler FM Valley Ramblers street team, Robert and his team are dedicated to making sure everyone in Whistler feels like they have a voice (and a decent soundtrack) on Whistler FM. “The community support has been incredible so far,” he says. “I’ve heard us in the stores in the village, or a guy out washing his car has the station cranked.”

Whistler FM fans aren’t bound by the reach of a radio tower however. “We stream live on the web and right now the largest streaming nation we have in Indonesia,” Robert says. “I stream on my phone all the time when I am down in Vancouver, it works great. Wherever they are, we just want people to be able to listen to the sounds of Whistler and the music and the people up here and say, ‘Hey, that sounds like a cool place.’ Music reaches people, it excites them.”

The Band’s “Makes No Difference” wails quietly on the air as Robert shows me out. “The community here is so amazing and unique,” he says. “And we want Whistler FM to grow from that. This place is incredible.”

And it’s starting to sound a whole lot better.

Find Whistler FM at 101.5 FM on your radio or at whistlerfm.ca 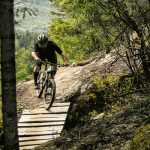 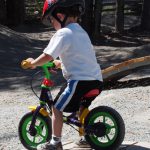