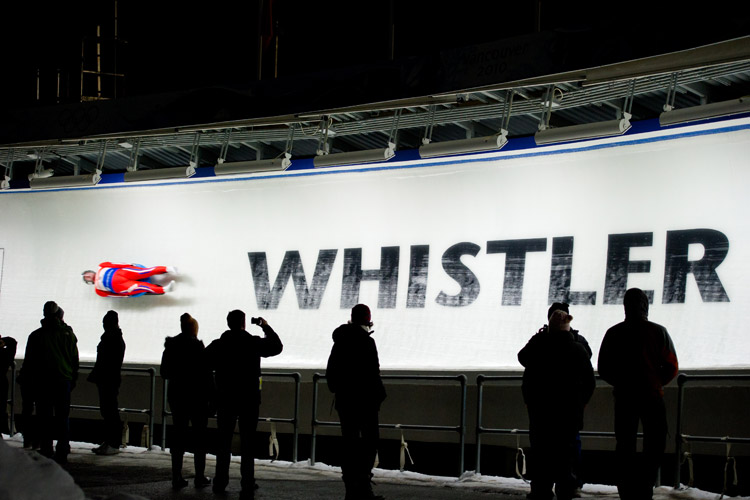 Whistler loves speed and adrenaline and there will be plenty of both on hand this February 1-2, 2013, as the fastest show on ice slides into town for the 2013 FIL World Luge Championships at the Whistler Sliding Centre. Luge athletes can reach speeds up around 140 KM/hour while rocketing down Whistler’s 1,450 metre track.

“Luge sleds have an actual edge rather than a round runner [like bobsleigh or skeleton],” says Canadian luge team member Alex Gough. ““Because of that we have a lot more control and can slide a generally smoother line down the track.”

The smoother the line, the faster the speeds. Competing on the national team since 2003, Gough has trained on the Whistler track “hundreds of times” but says she is really excited to come back to Whistler for a World Championships.

“It’s our big race of the season,” Gough says. “Everything kind of builds up to it. There are nine World Cups in a year but only one World Championships. It’s the next race below the Olympics.”

Teammate and veteran Canadian luge star Sam Edney concurs. “I feel very blessed to have had an Olympics and now a World Championships on a Canadian track. I had a great result in 2010 but I had my eyes on the podium and this feels like a second chance.”

Edney placed 7th in the 2010 Olympic luge held in Whistler and took 5th spot in a 2012 World Cup event here. For him, there is a definite home ice advantage but it’s about much more than just the actual ice on the track.

“I love competing in front of friends and family,” Edney explains. “It’s a motivator and I strive to have my best results in front of people I care about. Racing in Canada means racing in front of the people I am actually racing for, my country.”

While there is no place like home, World Cup competition is very tight. “We have had more runs here than the other nations,” Gough says, “and we are comfortable with the speed but the best athletes can adapt to be competitive on any track. I’m excited.”

“The Whistler Track is probably the nicest track in the world right now,” says Sam Edney. “The setting is unbeatable and the Sea to Sky area seems to thrive on anything that seems extreme. Luge definitely has an extreme side to it, everytime I go down the rush is the same as I experienced the very first time. It’s amazing.”

The entire weekend of FIL World Luge Championships will be amazing. The opening ceremonies kick off in Whistler Village Square on Wednesday January 30, 2013 at 7pm with training on Thursday and the big races taking place Friday and Saturday afternoons. Spectators can expect fireworks, food vendors, beer gardens and local entertainment. Tickets for the weekend events are just $10 at Whistler.com and kids under 6 years old are free.
Come cheer for Alex, Sam and the rest of the athletes as they go for glory on the fastest track in the world. 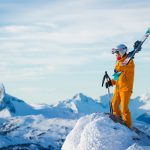 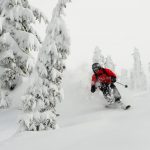