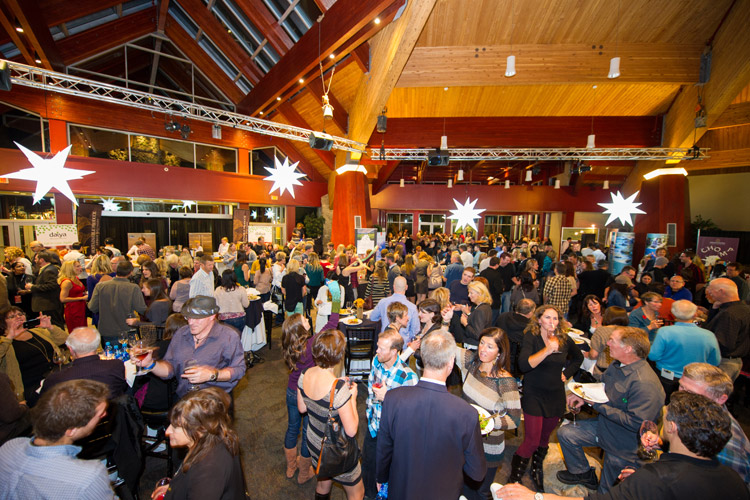 We all gotta eat, so why not eat well? Whistler Cornucopia (now presented by the North Shore Credit Union) is coming up November 7-11, 2012 and you don’t need your own hedge fund or a gold-plated jet to get in on some world class-dining and fantastic wines.

Held annually, Cornucopia is a true feast, five days of exploring new flavours, making friends, and getting a taste for dishes that are perhaps a bit tastier than your standard go-to Thursday night dinner at home.

But still, a lot of people misunderstand the culinary and vino culture (perhaps because the term “foodie” sounds a bit condescending and “Wine snob” isn’t doing anyone any favours either.) The truth is Cornucopia has something for everyone.

Watch individual Chefs compete to prove their culinary prowess in a head-to-head elimination battle. “This will be much more than a knife-measuring contest,” Says Jess Smith. “It’s an all-out kitchen battle, with food-stuffs, utensils and egos flying. Chefs are crazy passionate, this will be the ultimate showdown at Cornucopia, and a hell of a lot of fun for spectators”.
Fun, and totally free. The Whistler Chef’s Challenge qualifiers are Wednesday the 7th at 10am and the finals are Thursday at 10am.

Master bartenders and black-belt mixologists will have 15 minutes to create something alcoholically awesome. Those are the only rules, bottoms up. “Alta Bistro are like alchemists or wizards with their mixed drinks,” Jess explains. “This one is also sponsored by Pemberton Distillery, their locally made vodkas and gins are insanely delicious.”
Also free for spectators, the Cornucopia Cocktail Competition runs 1-4pm.

Ten different instructional demonstrations on everything from sushi to bison to street meat to beef tartar . Includes a wine pairing and sample of the food prepared. “Good food, great nice wine,” Jess says. “It’s like going out for dinner and going to culinary school at the same time. Only better.”
The Viking Stage Series runs all weekend long. Check the site for more information.

Best of the VINOS presented by the Wines of British Columbia
Thursday November 8th, 2012. Whistler Conference Centre—Sea to Sky Ballroom $30

There will be a red carpet at this new event so dress it up a bit. Best of VINOS combines wine-drinking with movie-watching as short films about BC wines and wineries play while participants rub shoulders and clink glasses with the filmmakers. “I’ve always said we need more wine in our movie theatres,” Jess admits. “I’m excited about wine-based adventures on screen, but it wouldn’t be so bad if it were horror movies as well.”
Best of the VINOS lights the screen from 8:45-11pm.

The best way to shake those hoity-toity wine preconceptions is to crank up the metal and party like a Rock Star. This shindig features Wines that Rock including Rolling Stones’ Forty Licks Merlot, The Police’s Synchronicity and Pink Floyd’s The Dark Side of the Moon Cabernet Sauvignon.
“When people think rock and roll, they usually picture Jack Daniels or Jim Beam,” Jess says, “but as the rockers get older, and wiser… I think a lot of them start enjoying wine more and more. Kick out the jams.”
The Rock of Ages party starts at 9pm.

With four 1-hour sessions the Mini Tasting Series offers a chance to sample some fancy reds and schmancy whites from Italy and Spain. This one is perfect for folks looking to try some new vino but don’t want to break the bank. “It’s a tough call to say whose wines are better,” Jess Smith says of the classic Spain vs Italy debate. “I prefer Italy but it’s really a personal-preference call. Either is impressive on a first date.”
The Mini Tastings start at 2:30pm and 5:30pm.

Speaking of first dates, the best way to end on is a nice brunch right? One of Whistler’s premier morning-after brunch spots goes high-end as the Southside Diner offers up three varieties of crepes with a glass of See Ya Later Brut or a mimosa. “The brunches are a hot ticket because some of these venues are pretty intimate,” Jess says. “This is a great way to start the day.”
Hit the Southside Brunch anytime from 9am-2pm.

Another great way to start the day is to thank your housekeeper for the excellent breakfast and hope into your limo for a scenic ride up the Sea to Sky highway for a weekend of no-expense-spared, hedonistic culinary and oenological good times – aka High Rolling like a boss!

Check back in with The Whistler Insider tomorrow for a list of some of Cornucopia’s high-end galas, shindigs (and yes even the occasional brouhaha) for the high rollers and big spenders. 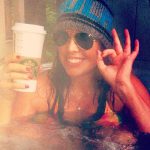 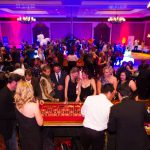