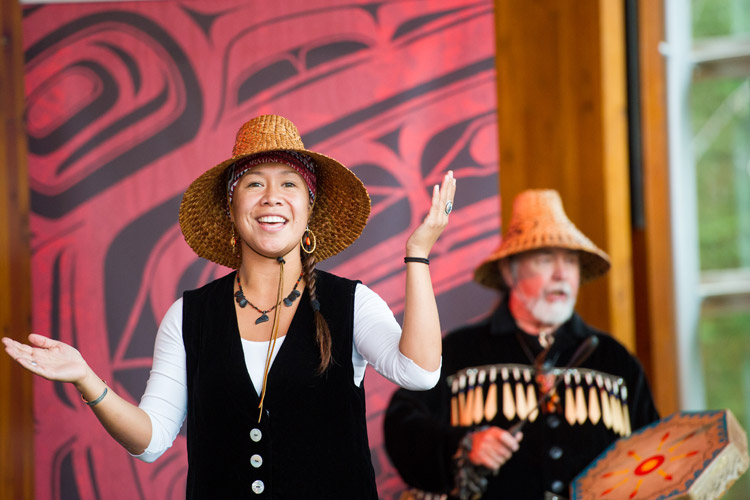 Todd Edmonds had never carved much of anything when Squamish Nation master carver Aaron Nelson-Moody asked if he wanted to assist on the Welcome Figure pole that is being installed in Whistler’s Squamish Lil’wat Cultural Centre this weekend as part of The Spirit Within Festival, a three-day celebration of local First Nations culture.

“At first I thought he was joking,” 31-year-old Edmonds admits, adding that he had carved a bit in high school but had never worked on a major piece. “Being offered a chance to do that, it was mind blowing.”

This particular welcome figure is a rendering of a Salish man standing with his palms facing skyward, giving thanks. “The Salish men would go to the ocean shores and welcome strangers to the community,” Edmonds explains. “If the strangers were peaceful they’d be invited to dinner and treated as family.”

A member of the Lil’wat Nation, Edmonds studied and worked with Nelson-Moody and Delmar Williams, a Lil’wat carver, for two months this summer in front of the Squamish Lil’wat Cultural Centre (SLCC) in order to complete the piece in time for the Spirit Within Festival.

“We worked nine-thirty to five o’clock every day, ”Edmonds says. “If we were carving it in private we could have finished in half the time but Splash (Nelson-Moody) explained to me that the more people who come over and see the piece and put their hands on it, that makes for a better piece and gives it more protection.”

The 16-foot tall pole is carved from yellow cedar and will be raised at 11am on Saturday, Sept 29, 2012 outside the SLCC. “It will be like watching a piece of history,” says SLCC coordinator Josh Anderson, “because the figure will stay there forever and this is a public ceremony involving both Nation’s protocol.”

As important as it is, the blessing ceremony is just one small part of The Spirit Within Festival’s Saturday program. Whistler Village Square will feature a variety of First Nations artists and performers, including Squamish graffiti artist Shane Baker, traditional dance from the Teepee Creepers, music by Brooklyn Martin, a fashion show and more with plenty of free crafts and activities for the kids. The Village Square festivities run from noon to 4pm Saturday.

“We’re trying to create activity in the village to show where we’ve been and where we’re going,” says Justine Wallace, events coordinator at the SLCC. “There is so much talent in our corridor and throughout BC that we want to bring it all into one showcase.”

Saturday afternoon also features a First Nations Artist market up at the SLCC with art and carving demonstrations, more crafts and games, tours of the SLCC museum and a traditional BBQ serving up Salmon burgers, Venison burgers, Bison sausages and bannock, a type of native fry bread. “Food is an important part of our culture,” Wallace explains. “So we have to have lots of food involved. Your body remembers the food.”

The food will also be front and centre at the Spirit Within evening event, also taking place at the SLCC from 5-11 pm. SLCC café manager Kim Stanger and chef Theadora Sam are mixing Western and Native ingredients and techniques to produce a vast menu that includes wild game, mini Indian Tacos, bison sliders, and three types of BBQ (include cedar-plank cooked wild salmon) followed by soapberry ice cream.

Entertainment for the evening includes a performance from the Dancers of Damelahamid, a traditional NW Coast group who headlined during the 2010 Winter Games and Alex Wells, a hoop dancer. The music program features Kalan Wi, a group with three Lil’wat nation members that mixes traditional songs and language with world music beats, as well as acoustic performances from Matt Gong and Kristi Lane Sinclair. The dark horse of the evening is up-and-coming Squamish Nation hip hop artist Leeland Askew, aka Discreet Da Chosen 1.

Tickets are $45 and include dinner, entertainment, and priority entry to the official afterparty at Garfinkels nightclub.
Although this is the first year for the The Spirit Within Festival, held as a part of BC Culture Days, both Anderson and Wallace are excited about growing it into an annual event. “We just want to show that we are two different cultures that are reviving,” Wallace says. “And that we can revive and evolve our culture in many ways.”

Apprentice carver Todd Edmonds reiterates the point by quoting his teacher Splash. “One thing he said to me that I really liked was this: ‘the totem pole in not meant to last forever. What’s supposed to last forever is the tradition and culture around it.’ ”

The above listings are just a small part of what’s offered this weekend. Get more info on The Spirit Within Festival at the SLCC website. Tickets to the evening event are available at Whistler.com as well as in person at the SLCC or on their online ticket page.

Check out this handy map on how to get to the SLCC or get a giant map of Whistler Village here. 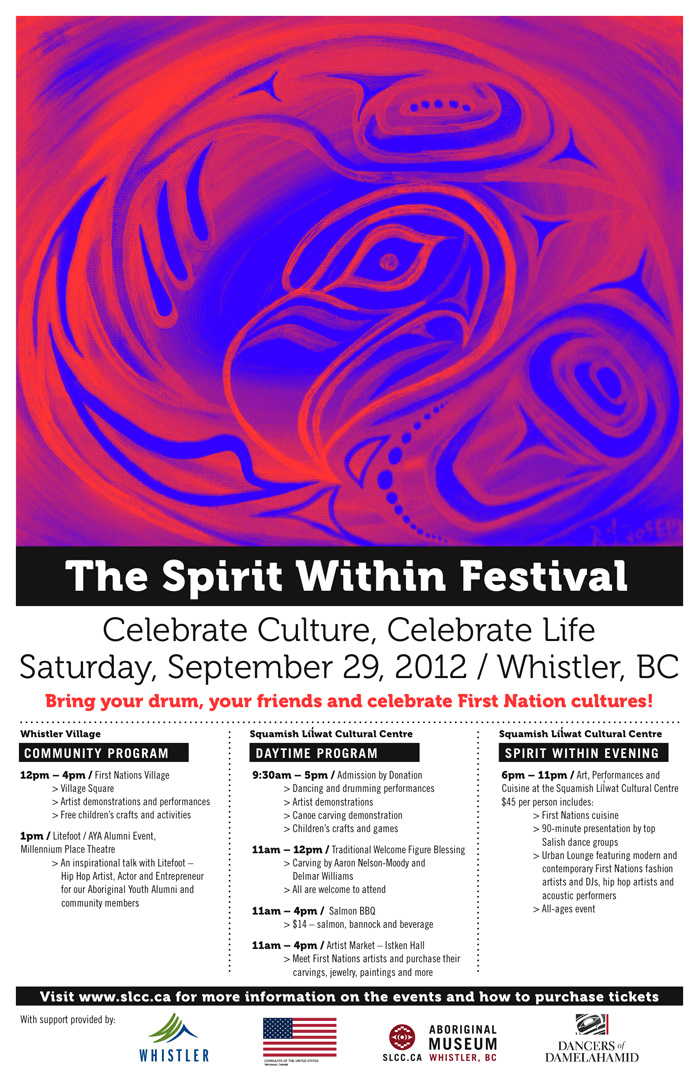 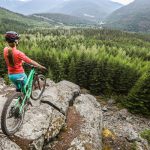 Whistler in Autumn: Top Ten Things To Do 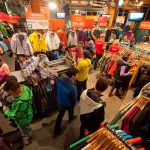