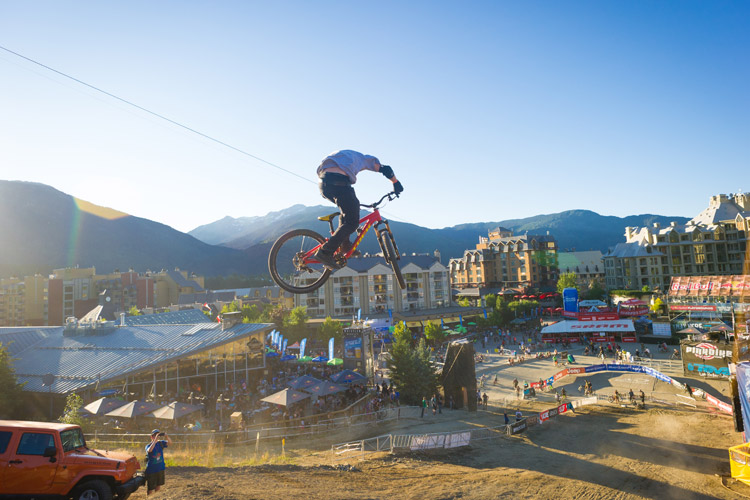 My grandfather was a plucky marine who once told me that, “Proper prior planning prevents poor performance.” The irony was that one day he forgot his bus pass and had to walk to the bingo hall but didn’t make it because he had a massive coronary on the way.

We’ll never know if a bike would have helped him but regardless, I live by his words and if you want to survive and and thrive at Crankworx Whistler, the world’s largest mountain bike festival, then you have to plan and prepare yourself. To make it through all ten days in one piece is to understand these five things: 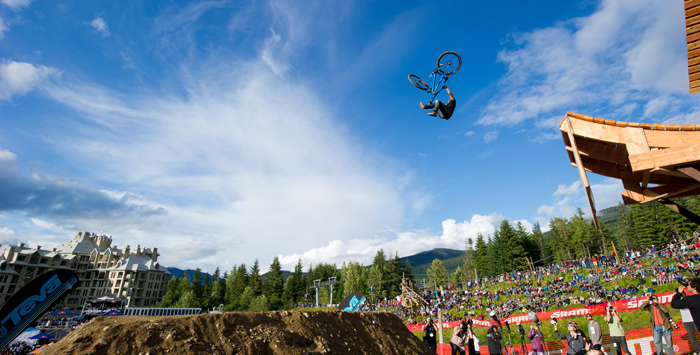 The schedule of events is deep and colourful, with races and competitions to suit almost every type of modern mountain biking style – from the pure roar of downhill to the finesse and skill of head-to-head pump track races and everything in between – including the world’s premier slopestyle event. And Crankworx is not one of those “pros-only” gigs — with the exception of just three events the competition is open to all comers. For riders, this creates a unique opportunity to compete against and alongside some of the bike world’s top professional athletes, but it also provides ample opportunity for success and fun at any skill-level as there are categories to match all ages and abilities.

And for those who just want to watch from the sidelines and stay out of harm’s way each day offers a different event or competition to witness. Highlights include the Whip-Off World Championships, the Red Bull Joyride Slopestyle, and the Deep Summer Photo Challenge.

The Whip-Off Worlds runs on the afternoon of Tuesday, August 14, 2012. A “whip” is not a trick but rather the expression of true style on a bike…in the air. A whip is where a rider, while airborne, attempts to turn their bike and body sideways in the air and then bring themselves back to straight just before landing. This event takes place on Crabapple Hits, the biggest jumps in the Whistler Bike Park. To see the action with your own eyes you’ll have to venture into the Park though, so make sure you have your bike, lift ticket and perhaps a guide to show you to the wildest meadow in BC.

The pinnacle of the entire Crankworx festival is the Red Bull Joyride competition where the Whistler Boneyard turns into a standing-room only arena for the world’s biggest and most prestigious slopestyle event. Invited competitors attempt to outdo each other with aerial maneuvers over a series of monster sized “stunts” that, when viewed as whole, resembles an over-sized version of the Mouse Trap board game. Athletes will compete for a chunk of the $47,250 prize purse but for everyone else, watching the action first-hand is a priceless experience. It goes down Saturay August, 18, 2012. Get there early and bring the essentials – sunscreen, shade, and something to hydrate yourself because once it gets going you won’t want to miss a second of the action. This is truly one of the best sporting spectator events on the globe.

The Deep Summer Photo Challenge typifies Crankworx’s more creative side. Six invited photographers and their team of riders are set loose in Whistler for three days, tasked with creating a stunning slideshow within that timeframe. The shows are revealed on Wednesday, August 15 and judges will award the best shows with a slice of the prize purse, as well as bragging rights and the widespread adulation of their peers and the gathered audience.

For the first time, this year’s Deep Summer takes place in the fantastic natural setting of the Whistler Olympic Plaza, near Marketplace in the Village. There is $20 ticket area (it sells out quick) and a free viewing area beyond that. Bring a chair and a picnic spread for an evening of inspiring imagery.

The culture extravaganza is no one-note show however. On Tuesday August 14, 2012 the Go-Pro Dirt Diaries feature six pre-selected videographers (determined by popular vote on pinkbike.com) who will create and present original mountain bike movies filmed during Crankworx. The films will be judged by an all-star panel and the winners will be vying for their share of a $6,000 prize purse. This also occurs at Whistler Olympic Plaza.

All the big contests and events are free to watch but Crankworx is much more than just contests, it’s a festival. The first weekend (Aug 10-11, 2012) features a bunch of free concerts at the Whistler Olympic Plaza as part of The Bud Light Crankworx Concert series. Check out Canada’s hottest and emerging bands including Young Empires, Arkells, Said The Whale, Jets Overhead. (All for the price of Free!)

Also, most of the top bicycle brands will be displaying at Crankworx. Some will be revealing previously unseen products and others will have demo fleets enabling you to test ride some of next year’s hottest models (again, all free.) Other brands hold prize draws and giveaways so a stroll through the Whistler Village Stroll (which transforms into the Crankworx Expo arena) can quite often turn into profitable wander.

Crankworx began in Whistler back in 2004 as a celebration of the “new” sport of mountain biking. Over time it’s grown into one of the largest events each year in a town well-known for hosting large events. For ten days each summer the quiet mountain village of Whistler swells to near capacity with mud splattered, sweaty, stinking, smiling bike enthusiasts. And we love it.

However, with great times come great responsibilities. It’s very wise to book your hotel room early, give yourself extra time to navigate Highway 99, and plan your eats and treats ahead of time. Whistler’s tantalizing restaurants can satisfy any tastes but make reservations beforehand because biking all day makes people hungry. Likewise, if you intend on riding the Bike Park during Crankworx expect longer than usual lift lines and busier trails due to the increased number of riders. Also, the race events can result in temporary trail closures. The best plan is to take in the events in the village and on the mountain during the day and then ride later in the evening. This way you don’t miss any of the action while spectating, but might miss some of the crowds while riding.

And if all that action and thrills becomes too much simply downshift and relax. Whistler is full of less-strenuous, more relaxing activities. Try a trip to one of the many beautiful lakes where a dip in the cool water or siesta on the dock will revitalize even the most ragged soul. Lost Lake is a 5-10 minute cycle ride from the Village and has a snack kiosk, washrooms, showers, a large grassy area, a sandy beach as well as a dog friendly zone and nude dock. The mountain views aren’t bad either.

Crankworx is a party atmosphere and there’s always something to celebrate. A victory, a new riding partner, another beautiful day on your bike, etc, etc. The best parties are often the least advertised so keep your ear to the dirt.

Hecklefest began three years ago when a core crowd of spectators attempted to “out-cheer”another section of crowd. That section rose to the challenge and things progressed from there.

These days Hecklefest may seem (and sound) like a wild gathering of Neanderthals but it’s all done in good spirit and this sort of participatory energy really typifies what makes Whistler such a melting pot for bicycle fanatics. On Sunday August 19, 2012, about two-thirds the way up the Fitzsimmons chairlift, upon a huge natural rock drop that makes up a part of the Canadian Open course, hundreds of shouting, screaming, jeering, leering fans will gather and attempt to out-do last year’s infamous shenanigans. Hecklefest has to be seen to be fully understood. It’s easy to find, just follow your ears.

Crankworx is a gathering for industry veterans, professional athletes and all sorts of bicycle passionate people. Whether meeting old friends on the patio or making new ones on the chairlift, this is a fantastic time to sink into the bicycle community. Most top athletes will do posters signings but the beauty of Crankworx Whistler is you never know where or when you can meet your heroes. You may be sitting beside rock stars at Sushi Village or rubbing shoulders with legends in the lift line. Even people who have never ridden a mountain bike will feel the pulse of Crankworx and the collective effervescence that the festival is famed for. Have fun, ride on. 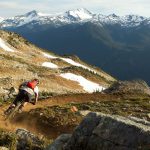 Dreaming on the “Top Of The World” 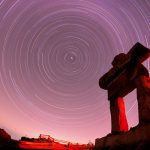 Stars over Whistler: How to Watch the Perseid Meteor Shower