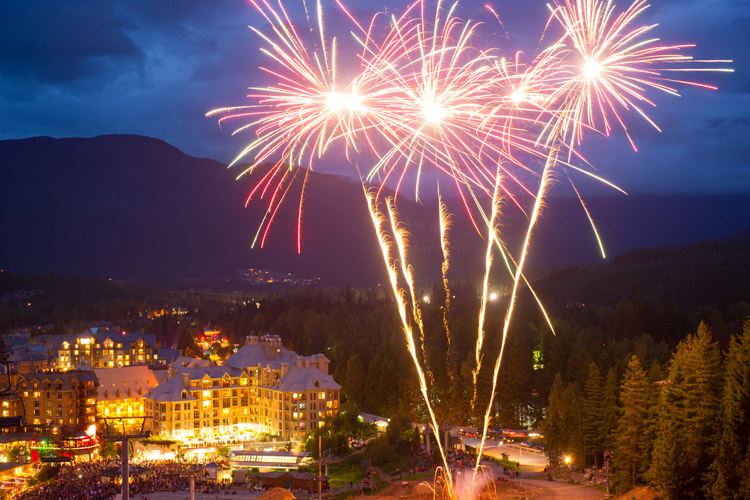 BBQ’s and concerts, picnics or parades, balloon hats, face painting, beer drinking or boisterous singing—there is no single “best” way to celebrate Canada Day in Whistler but considering our nation consists of almost 10 million square kilometres (that’s 3.85 million square miles) of stunning wilderness one easy way to truly “get Canadian” this July 1 is to get out amongst some of that wild beauty and fresh mountain air and just do whatever makes you happy.

Canada took its first step towards independence on July 1, 1867, which means this Canada Day will be our 145th birthday. It also means we’ve got 145 years’ worth of celebrating to cram into one giant party so Canada Day in Whistler is actually more of a 4-day event (or a week if you want to run it right into July 4th and celebrate Independence Day with our neighbours from the south.)

In any case, here’s a non-definitive list of what’s happening in Whistler to celebrate the beginning of our escape from the British Monarchy (kinda). Happy Canada Day Whistler.

First of all, wear Red.

There are only two colours on the flag of Canada—red and white. White gets stained too easily so in Canada when we’re kicking out the jams and celebrating our country we do it in red. Preferably with a maple leaf on it (a Team Canada hockey jersey is ideal.)

Thursday June 28, 2012
Canada is a very multicultural country. In the past 145 years we’ve welcomed people from all over the world to come make a life for themselves here. To be Canadian is to be open and accepting to everyone and to celebrate that spirit the Whistler Forum is hosting the Whistler Intercultural Festival. Main Street will transform into an ethnically diverse showcase from 4-10 pm on Friday. Culture, music, food and dance will be on display the length of the street and the event is free for anyone.

Friday June 29, 2012. 8:30pm
Free is key so expect a good turn out for Vancouver folk star Dan Mangan, who will play the Whistler Olympic Plaza as part of a cross-Canada festival tour this summer. Dan won iTunes Album of the Year in the Singer/Songwriter category and he’s been making waves by pushing the boundaries of traditional indie-folk with experimentalism and cool improvisational sounds. But listen to the words too.

Saturday June 30, 2012. 12pm – 8
Legendary Whistler troubadour (and very Canadian) Guitar Doug and Ruckus Delux provide the sonic backdrop to what promises to be a hootenanny of good times. Mechanical Bullriding all day (with the finals set for 8pm) a whole-hog buffet for $20 and then, later on, an Elvis tribute band. Creekside’s got it going on these days!

Saturday June 30, 2012. 8:30pm
Alex Cuba is from Cuba but he currently lives in the small mountain town of Smithers, BC, and he’ll be rocking the Whistler Olympic Plaza with a blend of accessibly pop-riddled Latin-soul-funk with catchy, forward-driving vocals that are gonna be hard not to shake your butt to. It’s an open-air dance party Whistler, bring comfy shoes.

Sunday July 1, 2012. 9am – 11am
Hosted by Whistler Community Services, this is the best Canada Day deal in town – two pancakes and a coffee/tea/juice for only $3 (save 25 cents if you bring your own re-usable mug and plate.) All proceeds from this event go to the Whistler Food Bank. Rebagliati park is on the shores of Fitzsimmons creek just beside the covered bridge that leads from the day lots to the Blackcomb base.

You can do this any day but since most of Western Canada was discovered by “voyageurs” literally paddling canoes and portaging their way across the continent I always like to go for a float to celebrate Canada day. The usually peaceful 5km stream linking Alta and Green lakes is the best place in the valley to channel your inner voyageur but be wary, water levels this Canada Day seem unseasonably high. Best to check with the canoe rental folks to see what the conditions are like. It could be a real adventure.

Sunday July 1, 2012
Speaking of voyaguers, even though Sir Alexander Mackenzie and a team of French voyageurs were the first people to cross the North American continent in 1793 (predating Lewis and Clark by ten years) they relied on native guides to find the route. Natives, of course, were living in Canada long before it was “claimed and named” and the Squamish Lil’wat Cultural Centre offers daily films, artifacts and tours about local native culture and history. On Canada Day they’ll be holding special arts and crafts workshops as well as showcasing live drumming and singing tours every hour.

Sunday July 1, 2012. Noon
According to the masters of knowledge at The Whistler Museum and Archives, The Canada Day Parade is a Whistler tradition that dates back to a “barely noticed bicycle parade 1989.” (In the 70s and 80s Whistler’s big parades all happened at Easter.) This Canada Day over 40 local businesses and organizations will meander their decorated floats and entourages from Whistler Town Plaza through to the Mountain Square. Seeing as how we live right smack in the middle of some of Canada’s most stunning natural surroundings, the Whistler parade always encourages a more sustainable, non-motorized approach so expect pedal, muscle and hopefully solar power rather than gas engines. But most of all, expect fun.

Sunday July 1, 2012. 2:30pm
What more can you say about Fred Penner? The guy has been rocking children’s music since I was a kid (his first album dropped in 1979). When was the last time you sang “The Cat Came Back” with a few thousand other people? Best bring the kids out for this one, so they develop an understanding that real music comes from people, not phones or handheld devices.

Sunday July 1, 2012. 8:30pm
It doesn’t get much more legit than Jim Byrnes. He’s a bluesman with over 40 years of road beneath him and performing experience out the wazoo (in 1986 Jim performed 300 shows. In one year!) His sound is part soul, part country and all blues. Chances are you dad knows who this guy is but it’s about time you did as well. No autotune, no cheap gimmicks, just real musicians hammering out true music, for free.

Sunday July 1, 2012. 9:00pm
Creekside will be rocking as Canada’s biggest Tragically Hip tribute band plays two hours of everyone’s favourite Hip classics. This uber-Canadian evening is the culmination of a whole day of Creekside Canada Day celebrations so if you’re in that end of town, check it out.

Sunday July 1, 2012. 10:15 pm
I’m not going to try and describe a fireworks display in words save to say it will be big, loud, bright and awesome. Come to the base of Whistler mountain and see for yourself. There will be another fireworks throwdown for American Independence Day on July 4th. Yee-haw!

Regardless of how your celebrate our nation’s birthday just remember Canada is about being friendly, having fun, and appreciating all the great things, people and places we have in our lives, in our town, and our country. Happy Canada Day, Giv’r! 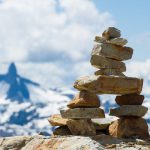 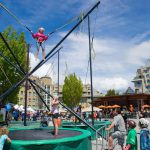 Summer is an Art (and your kids are Picasso)