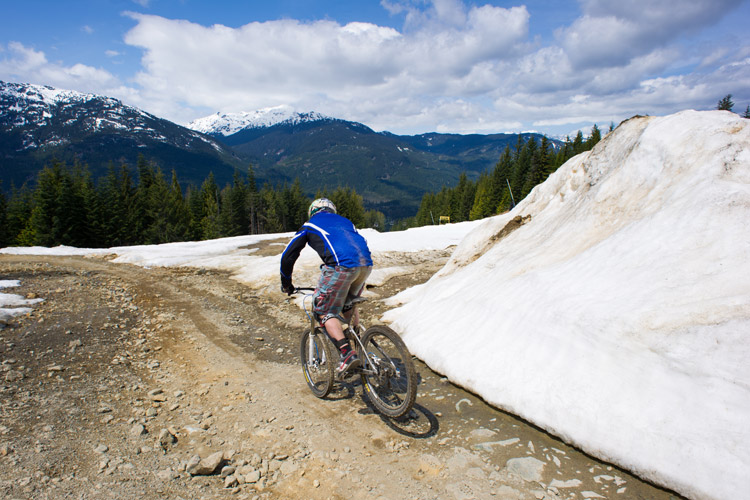 “If you build it, they will rip”

Ask any young kid, playing in the mud is one of the primal joys of life. There’s just something inherently fantastic about going outside and getting covered in mud and dirt. Perhaps it is the literal re-connection to the earth or maybe the letting go of our social conditioning to be clean and proper. Regardless, springtime in Whistler offers a perfect chance to get filthy dirty with mud—the Whistler Mountain Bike Park opens May 18.

Of course, after the record-setting spring snowfall even finding the jumps and trails requires a Herculean effort from a whole team of dirt-loving workers.

“The truth is our seasons don’t really line up,” says Bike Park manager Brian Finestone. “In November we rush into skiing with massive snowmaking efforts and in May we rush into biking by removing all that snow.”

Removing all that snow starts with a snowcat, “That is the best tool for the job,” Finestone says. “Then we go in with mini excavators and do the trails that are wide enough—A-line, Crank It Up, B-line, Easy Does It – all the lower mountain stuff.”

After the mini-excavators roll out, the hand crew goes in with shovels. “A lot of those trails are popular off-the-track ski or sled lines,” Finestone explains, “so sometimes there are a few inches of heavy ice built up we have to chip away.”

Once the ice is gone and all the culverts are cleared for proper drainage, the mini-excavators head back in and re-build up the lips and berms while the hand crews move onto the singletrack lines. “They work on their personal favourites first but we like to get trails open that cover all skill levels as well.”

It’s a massive, concentrated effort and by mid-May there will be a bulldozer, 2 excavators and 8-10 hand crew working full-time in order to get things set up for the grand reopening.

“Plus we have the building maintenance team digging out and building ramps and features,” Finestone adds. “The shop guys are putting new floors in the rental shops and hand-building our rental fleet, which is about 200 bikes. Lift ops crew are working on the lifts and putting the bike carriers on the chairs. It’s a huge team effort.”

All that effort pays off however, when the first riders unload atop Fitzsimmons chair and plow into some gravity fueled good times. Those initial bike park laps of the year are guaranteed to get the mud flying and the stoke level high.

“We’re moving a ton of snow but this year we’re hoping to have 8-10 trails up and running for opening day.” Says Finestone, who is notorious for under-promising and over-delivering. As well, the Whistler premier of Strength in Numbers, the latest bike flick from Anthill Films, will coincide with the park opening.

“That movie should get people pretty riled up for some lift-serviced riding and make the opening into a more multifaceted event,” Finestone predicts.
Of course, “Multifaceted” is just a polite way of saying good old-fashioned, mud-covered fun. Go get some. 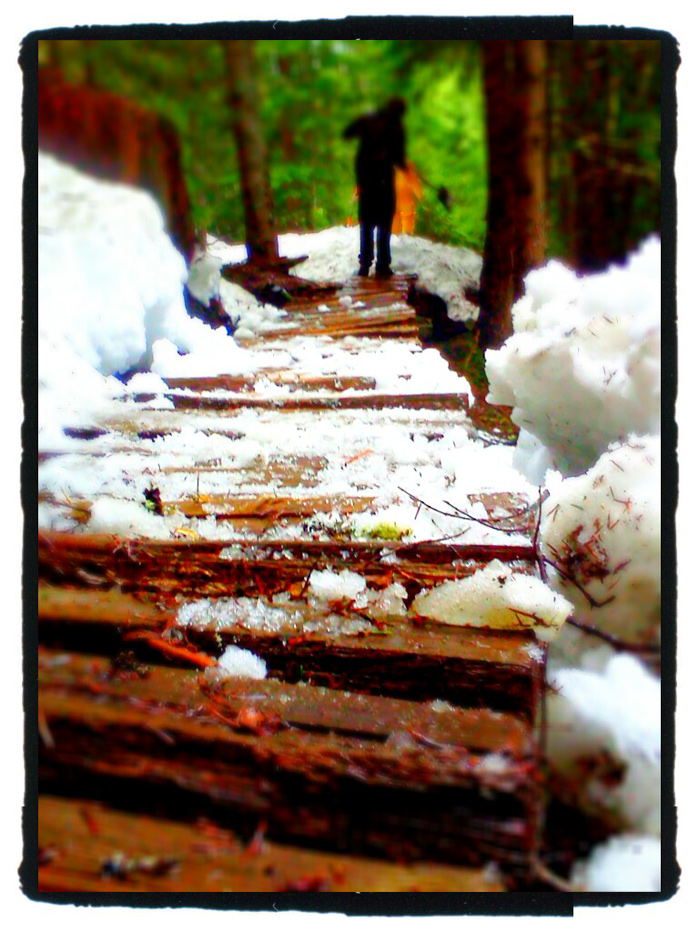 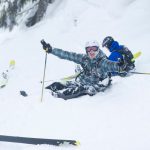 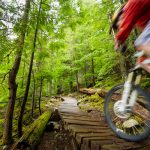