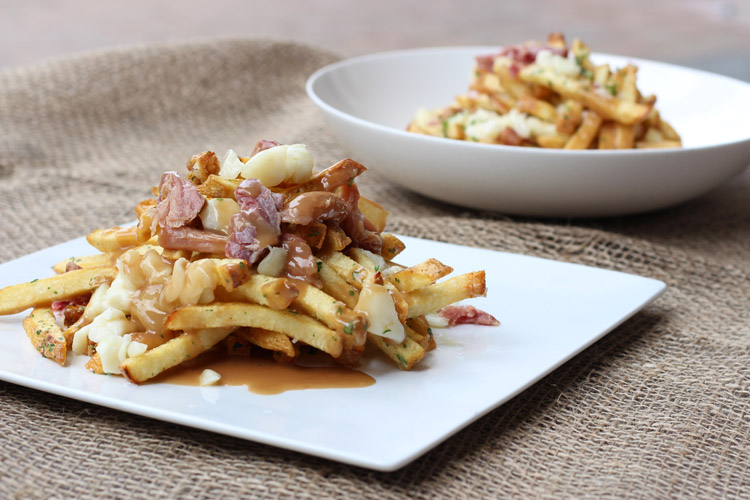 After an epic day in spring snow and sunshine, or a night of dancing on the bar, or even with a Caesar for the quintessential Canadian Brunch—a great big bowl of French fries topped with gravy and cheese curds will never do you wrong. Viva la Poutine!

Originally a ‘delicacy’ from Quebec (and some Eastern parts of Ontario), Poutine is finding a home in Whistler as it is the perfect complement to all the outdoor activities here that work up a not-quite-time-for-a-full-meal appetite. Plus, there is just something very comforting in the warm combination of potatoes, cheese and gravy.

These days more and more Whistler eateries are offering this delicacy and while I’ve yet to stumble upon the absolute perfect poutine, the search has been incredibly tasty. Here’s my report from the field:

The poutine at the Roundhouse or Rendezvous may be the highest in the country elevation wise, but it also tastes like the top of the world. Or if you want a meal that will really satisfy a mountain-sized hunger, try chili fries. After finishing an entire bowl of fries, chili, cheese, sour cream and green onions you’ll feel like you deserve a gold medal, or maybe a nap.

Zog’s lures you in with the aroma of fried onions and they have many variations on the classic poutine. The fries are nice and chunky, the portions are generous, and the curds are fresh. Best of all, you can load up the fried onions at no extra charge – that’s a whole other food group!

‘The Dam’ has a delicious classic poutine with a generous portion of dark gravy and a ridiculously big helping of curds. I often like to split a plate with a friend who spices up his half with pepper and ketchup, I take mine as-is, and love it.

This poutine includes braised short ribs and aged balsamic BBQ sauce and will leave you licking your fingers and the plate. And the Cinnamon Bear has some of the comfiest seats in town. Happy digesting.

With great views of the Olympic rings, The Brewhouse also has a gorgeously classic poutine with perfectly proportioned ingredients. (They also offer Spanish, Greek or Carne variations.) Regardless of your choice, pair it with a taster menu of beers made on-site and sit by the double-sided fireplace where you can watch the little electric train go by. If you’re really lucky, you can also catch a Montreal Canadiens hockey game on the flatscreens.

The Southside offers a traditional poutine, as well as the rest of your favourite “diner” dishes. This is also a good place to make friends with longtime locals and talk about the old days. The history is as rich as the gravy.

Anyone visiting Whistler and attempting to convert to ”healthy West Coast living” can wean themselves off poutine by choosing Yam Fries – still delicious, no gravy, but almost as many variations. An excellent place to start yam-fry training is at Dusty’s in Creekside, where you can get a bucket of yam fires and butt-rub mayo (a Belgian-style mayonnaise, curry and deliciousness dip).

But for anyone unwilling (unable?) to turn their back on poutine just yet, the list above is far from complete. Whistler has a multitude of other great poutine spots I have yet to explore. Find your own favourite and let us know about it in the comments below.

As well Poutine was voted the “Quintessential Whistler Dish” this year by the readers of the Pique Newsmagazine. Check out this Pique article for another poutine perspective. 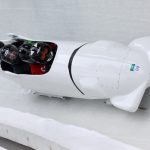