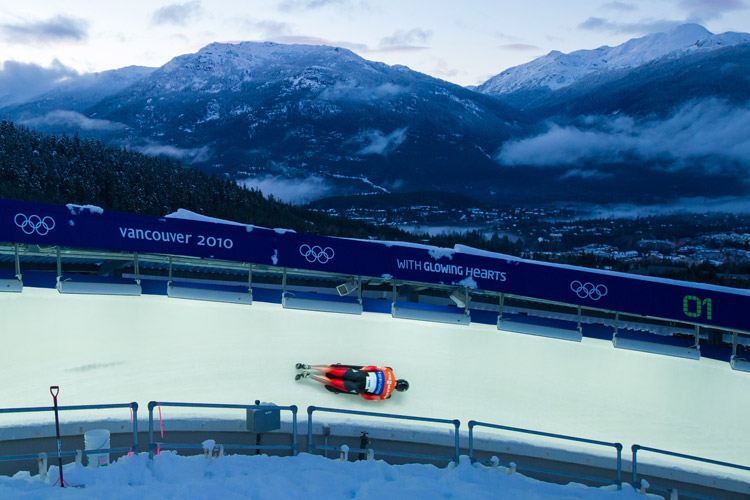 With 1,450 meters of ice-covered track and over 100km of refrigeration piping, the Whistler Sliding Centre is arguably the coolest venue in town but the facility that brought Canada 4 medals at the 2010 Winter Games is also one of the hottest deals going— self-guided interpretive tours are absolutely free.

“Excitement-wise the best time to watch is during athlete training,” says Whistler Sport Legacies coordinator Melissa Jenke. “But even when it’s quiet you can still feel the sense of awe. It’s like going out onto the ice of a hockey arena before a big game. A lot of people just like to visit a venue where Olympic gold has been won.”

Canada actually won two gold medals here—in men’s Skeleton and women’s Bobsleigh—plus a silver and bronze. Our national team athletes still train at the facility (when they aren’t out on the World Cup circuit) and often stop in to teach and inspire local kids who are taking advantage of the facility to discover sports previously unavailable.

“We have about 20 kids in the BC Luge program ranging from age 7-16,” says Nicole Simon Zirnhelt. ”They have full access to the ice five days a week from November to March.” Zirnhelt, a retired athlete herself, is the program coordinator for the BC Luge Association but still spends time on-track coaching the next generation of speedsters.

“This is one of the fastest and most technically difficult tracks in the world,” Zirnhelt says. “And we can already see from kids who have been sliding only two years that we are developing really strong athletes because of this track. One of our local girls, Jenna, is in her first year on the junior national team and already won a bronze.”

But why let the kids have all the fun? The Sliding Centre also has a public program where pretty much anyone can show up and give Bobsleigh or Skeleton a try. The bobsleighs reach speeds of up to 125km/hour and are driven by professionals, including Pat Brown, ex-coach of the Jamaican Bobsleigh team and subject of this week’s Whistler Sabbatical Project video. The Skeleton participants do it all on their own but start a bit lower on the track. Still, they can reach 80-90km/hour… head first. The adrenaline rush is unparalleled.

Folks who would rather simply watch people hurtling down the track at highway speeds are encouraged to come out February 2-4 for the 2012 FIBT Viessmann Bobsleigh and Skeleton World Cup and cheer for athletes from around the globe. Perhaps the Whistler Sliding Centre has more Canadian Gold in yet…?

Feet tries out the Bobsleigh

Here’s an Insider Story about public Skeleton and Bobsleigh.

And another about Whistler’s Olympic Legacies. 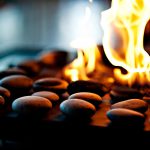 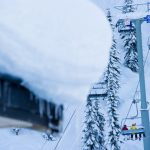 Whistler – Home of the Amateur Meteorologist