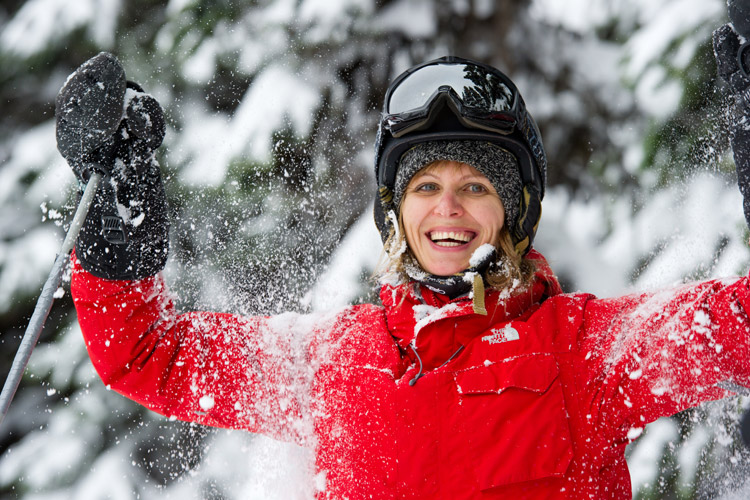 Say what you want about Santa (a lot of people don’t even believe in him) but the “Fat Man from Up North” sure comes through for us here in Whistler. Nine of the last ten Christmas mornings we’ve woken up to fresh snowfall and skiing on Christmas Day is a true Whistler tradition.

“It’s the least-busy day of the entire holidays,” says Jordan Glasser, owner of Crossfit Whistler,” so it’s the best day to ski. You go up for Fresh Tracks breakfast and it’s almost all familiar faces. There’s lots of holiday cheer to be had”

And holiday turns. While the rest of the valley is digging into their stockings and tearing open presents there’s a family gathering of a different sort happening in the alpine.
“A lot of locals work over the holidays or they don’t have family close by,” says Glasser, originally from Montreal. “So it’s awesome to get up there with the Whistler family and bust off a few top-to-bottom laps looking out over the whole valley followed by a nice celebratory beverage at Dusty’s. I definitely love those moments.”

And “those moments” are what’s truly important—the real meaning of Christmas can’t be measured with gift receipts and boxes of loot. Snowboard photography pioneer Dano Pendygrasse has been riding Christmas day for as long as he can remember and he sums it up as well as anyone:

“Well I think when I was young,” Dano says. “Skiing on Christmas was a pain in the ass because I just wanted to get back to the presents but as I got a little older I recognized the light crowds and started to appreciate that. Later on when life got really busy it became the only day I got a chance to ski with both my parents and my brother so I really looked forward to it. Real locals always ride on Christmas. I distinctly remember catching one of the first few chairs on the Peak one Christmas day—dropping into untracked just under mid station and hearing (former World Cup Downhiller and local legend) Robby Boyd and his wife Sherry cheering me on from the chair. In the end, I don’t remember the socks and sweater I got as presents that year, but I’ll always have that memory, and that’s the best present you can get.”

So Happy Holidays Whistler—enjoy the snow and the people around you. Tis the season, after all.

And check out local ripper Logan Pehota’s POV video of Christmas Morning 2010, when Santa pulled 43 cm of fresh pow out of his sack for everyone on Whistler’s “nice list.”

Logan says, “Christmas Day we got 44 cm of fresh snow, instead of opening presents we woke up at 6 am and drove to the mountain for a super sick day and super sick powder.” 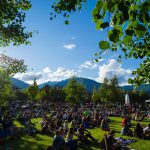 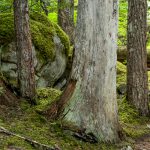