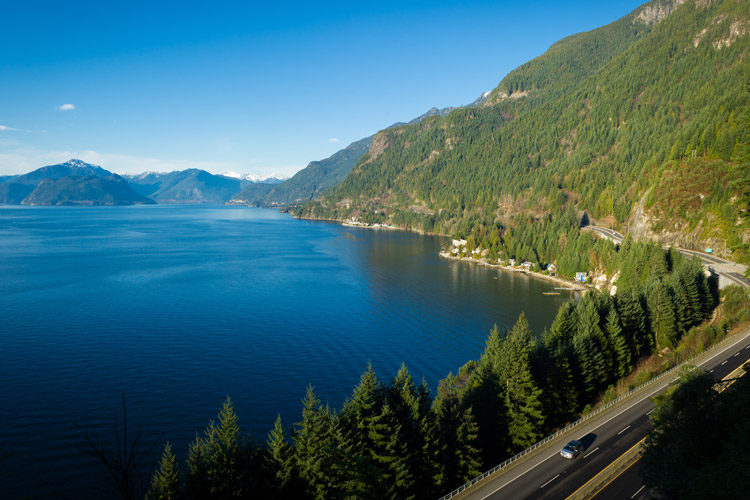 Highlights of the Sea to Sky Highway

Life is a journey, not a destination – as Ralph Waldo Emerson famously said – and the Sea to Sky Highway road trip to Whistler is the perfect place to balance out the two. Sure, you can jump in the car, blast out some tunes and get to your destination as quickly as possible. But the highway itself offers enough roadside attractions to count as an adventure of its own. As long as you’re armed with some trivia, a few good driving games, and a willingness to stop and explore.

Golden Days. Reminisce about the Olympics by going for gold – well, panning for gold – at the Britannia Mine Museum. In its heyday the mine accessed a ginormous deposit of copper, and in 1929 become the largest source of copper in the British Empire. Despite the isolated location, workers had true Sea to Sky spirit and made sure they played as hard as they worked. The mine had billiard rooms, swimming pools, tennis courts, a roller-skating rink, a bowling alley and a vibrant social calendar of dances, movies, theatre and parties.

Star Attraction. Strap down your teenaged Twihards. Not only is Shannon Falls the third highest waterfall in BC and formerly the key ingredient in Carling O’Keefe beer, the waterfall will also be starring in the next Twilight movie. Forget Kate and Will! The most anticipated wedding this year is rumoured to be set in front of Shannon Falls.

All Hail the Chief. Is it a witch? Is it a dancing bear? A sheriff’s badge? The white splodge on the Stawamus Chief is the ideal visual stimulus for psychoanalysing your posse. The Squamish Nation has a different explanation: the faces are believed to be four locals transformed by supernatural xaays into rock – an activity that created scenery up and down the Fraser River. As the world’s second largest piece of granite it’s certainly worth a look – even if only to spot rockclimbers doing some vertical camping, multi-pitching or even slacklining. Just make sure you don’t point – First Nations residents believe this brings rain.

Get your game on. The 99 is ideal for car games, from classic Eye-Spy, my cows or even a points-based game for spotting wildlife such as dear, bears, bald eagles, beavers and maybe even a hitch-hiker or two. If it’s dark, set a Sea to Sky theme on your in-car DVD player. Movies filmed in the corridor include Blade, Chaos Theory, 3000 Miles to Graceland, Freddy Got Fingered, Insomnia, Double Jeopardy, and Peacemakers. The Britannia Mine Museum alone boasts more than fifty movies including Scooby Doo 2, The X Files, MacGyver, Smallville and Free Willy III. Happy Gilmore was filmed at Furry Creek.

Ogle the Greek gods. With pull-outs for both northbound and southbound traffic, take a moment to soak up the views of the Tantalus Range – it’s the vista that lets locals know they’re almost home. That tantalising views of peaks named for the Greek myth (including the lead summit, Mt Tantalus, alongside Dione, Niobe, Pelus, and Thyestes) has inspired many a drive-by fantasy of expeditions that must be done. Additionally, views into Paradise Valley, Serratus Mountain, Mount Alpha and Lovely Water Lake will have you itching to upload photos of the panorama straight to Facebook. And while you’re thinking about mountains, get all fired up spotting volcanoes Mount Garibaldi and Black Tusk closer to Whistler.

Stretch The Legs. No highway trip is complete without a good lay-by or two. Local families stop off at Porteau Cove for a pee break with a view and a little time on the beach. Alternatively, the Adventure Centre in Squamish is an interesting bit of architecture, with clean washrooms, fresh locally roasted coffee and lots of parking. Or stretch restless legs along the Chance Creek section of the Sea to Sky trail, north of the Canyon.

Penny arrived in Whistler in 2004 and shortly afterwards fell in love with the mountains and her now husband. These days she spends summers enjoying Whistler's parks and trails, and winters on a snowboard or cross-country skis (with her toddler in tow). 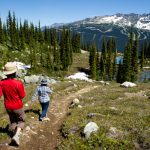 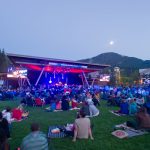 Know Before You Go: Skiing and Snowboarding at Whistler Blackcomb

Know Before You Go: Outdoor Activities off the Slopes